The Flaming Lips may have been around since the mid-1980s, but it wasn’t until 2002’s Yoshimi Battles the Pink Robots (featuring the hit single “Do You Realize??”) that it officially achieved mainstream recognition. The band had been steadily building a following via albums such as In a Priest Driven Ambulance, Transmissions from the Satellite Heart, Clouds Taste Metallic, and The Soft Bulletin. And following its early 21st-century commercial breakthrough, the group has continued to be prolific. The subtly psychedelic King’s Mouth: Music and Songs (Warner), The Flaming Lips’ first album since 2017’s electro-oriented Oczy Mlody, retains some of that album’s electronic influences. As just one component of a project that also features an art installation as well as a book, King’s Mouth has a soundtrack feel to it, but also functions as a stand-alone album. Mick Jones (yes, that Mick Jones, from The Clash) provides narration, making the listening experience feel like a theatrical event. 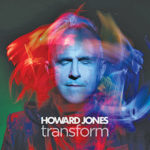 When it comes to electronic music, Howard Jones has been at it since 1984 when he released his debut album Human Lib, featuring the hit singles “New Song” and “What Is Love?” A sort of musical pop-psychologist, Jones’ songs, including “Things Can Only Get Better,” “No One Is to Blame,” and “Everlasting Love,” tended to have uplifting messages—something that came in handy during the depressing Reagan/Bush era. The same applies to his new album Transform (BFD), on which Jones continues to pair up persuasive electronic beats and synths with “Beating Mr. Neg,” “Take Us Higher,” “Hero in Your Eyes,” and “Tin Man Song.” Electronic musician BT teams up with Jones on three songs, and if “Eagle Will Fly Again” sounds familiar, it’s because you may have heard it in the Taron Egerton movie Eddie the Eagle. 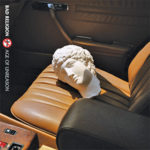 Also hailing from Southern California, hardcore punk act Bad Religion, known for its melodic, intelligent, and politically oriented songs, is back with Age of Unreason (Epitaph), its first studio album in six years. As you well know, a lot has happened in the world in the last few years, so Bad Religion makes the most of Age of Unreason to catch up on current events via songs such as “The Approach,” “End of History,” “Lose Your Head,” “Do the Paranoid Style,” “Old Regime,” “Faces of Grief,” and the CD bonus track “The Profane Rights of Man.” 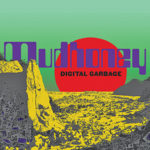 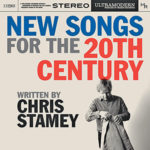 North Carolina’s The dB’s were college rock pioneers. The band’s first two albums, Stand for Decibels (1981) and Repercussions (1982), both recorded when Chris Stamey was still a member, are considered to be masterworks of the genre. Stamey, who left shortly thereafter, went on to have a respectable career as a solo artist (you must hear 1987’s It’s Alright and 1991’s Fireworks), as well as a music producer (Stamey produced Pylon’s amazing Chomp, as well as albums by queer bands Le Tigre and The Butchies). Sounding like a cross between Pink Martini and The Magnetic Fields, and written and arranged “under the influence” of Great American Songbook composers such as Bernstein, Porter, Berlin, and the Gershwins, the sophisticated double disc New Songs for the 20th Century (Omnivore) features 26 Stamey compositions performed by an array of artists including Nnenna Freelon, Caitlin Cary, Marshall Crenshaw, and Don Dixon, to mention a few. 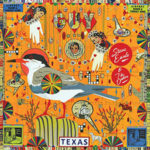 Here’s something to consider: there would be no modern country-music sound, including alt-country and the dreck currently spilling out of Nashville (that means you, Blake Shelton), without Steve Earle. Beginning in the mid-1980s, Earle, along with Dwight Yoakam and Rosanne Cash, laid the groundwork for what we hear today. Since that time, Earle has evolved personally, politically, and professionally to become one of the most lauded and respected artists in the genre. Guy (New West), by Steve Earle & The Dukes, is Earle’s homage to Texas troubadour Guy Clark, and a kind of sequel to 2009’s Townes, on which Earle paid tribute to Townes Van Zandt. 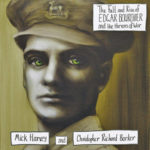 Australian musician Mick Harvey is probably best known for his various musical collaborations with Nick Cave, including his membership in the band The Bad Seeds beginning in the 1980s. Harvey’s latest, The Fall and Rise of Edgar Bourchier and the Horrors of War (Mute), is a collaborative concept album created with poet Christopher Richard Barker and performed by Harvey and guest vocalists Jade Imagine, J.P. Shilo, and Alain Johannes.