Teaching this semester’s methods course for Rice University’s Seminar and Practicum in Engaged Research is Dr. Brian Riedel, an openly gay man who is helping bridge the gap between the academic world and the larger Houston community.

“Rice hired me to start the [seminar practicum] to partner undergraduates with community nonprofits and collaboratively define a research project benefiting the organization’s clients,” Riedel says. “Part of what I do is help that [partnership] happen, connecting the students with the different nonprofits that we’ve come to work with over the last 12 years.” 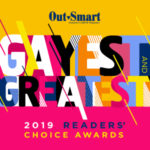 Riedel first initiated the program when he began working at Rice University’s Center for the Study of Women, Gender, and Sexuality (CSWGS) in 2008. Before that, Riedel worked as a health-education coordinator at Houston’s Montrose Center after earning his doctoral degree in anthropology from Rice. His experiences at these centers have built the foundation of Riedel’s research with Houston’s LGBTQ community.

“Working within the community constantly pushes me to learn something new,” Riedel says. “There are so many questions that I just wouldn’t be able to ask without these students and community members.”

Riedel is currently working on three projects studying male crossdressers’ life satisfaction, the history of over 400 queer businesses in Montrose, and the structural racism embedded in Houston’s historic red-light district. He cites the Houston Area Rainbow Collective History (ARCH) project, an archive of LGBTQ history founded with the help of other local activists, as his proudest collaboration in the city.

“Of all the things I have gotten to be a part of in Houston, ARCH is one of the ones that makes me proudest of what a community can do when it comes together, despite all of our varied obligations,” Riedel says. “That’s the kind of work universities are best positioned to do.”

When asked about what his dream class to teach would be, Riedel says he’s already taught it—just last year. The class was Rice’s first-ever transgender studies course that Riedel had pushed for.

“We got a bit of funding to bring in guest speakers from the community and offer them an honorarium for talking and reading student work,” Riedel says, again showing his aptitude for bridging the academic and local communities. “Learning from others’ real-life experiences has helped me become a better human, and if I can help connect other people to that gift, that’s what makes me happiest.”

In his spare time, Riedel enjoys attending Neon Boots’ country western dance lessons, watching a show at the Miller Outdoor Theatre, and watching Pose. “My husband and I cry in some capacity almost every episode,” he says. “I didn’t realize I’d get emotional right now, but I never thought I’d see a show like it.”

While Riedel says he is flattered to be named OutSmart’s Favorite Educator/Teacher, he points out that his motivation for teaching comes from his students. Throughout his career, his favorite moments stem from watching students come into their own as they share their thoughts with others.

“There’s very little I do to create a space, except to just be myself and encourage others to do the same,” Riedel says. “So when someone gets to try something new and share something that might change what other people think, do, or believe in that space, that’s the kind of moment I live for.” —Martin Gonzalez