What’s that up in the sky? Is it a bird? Is it a plane? No, it’s a new art installation from Matt Johns. The Houston-raised artist recently installed his “experiential”  art project at River Oaks District titled SkyWaves. A collaboration between the upscale shopping district and the Contemporary Arts Museum Houston resulted in this site-specific installation that celebrates the 50th anniversary of NASA’s Apollo 11 moon landing.

“River Oaks District wanted to find an activation during the summer months to fill the space and provide shade. They sent us images of things that have been done—different iterations that provide shade and are also beautiful. They wanted to do the same thing,” Johns says. “Then with the Apollo 11 anniversary, I wanted to do something with mylar. It’s the same material NASA used to make space blankets.”

Such was the genesis of Johns’ latest installation. Each of the four 50-foot SkyWaves quadrants is constructed with more than 1,000 hand-cut flags, referencing the first U.S. flag planted on the moon by astronauts Buzz Aldrin and Neil Armstrong. Fifteen people spent six weeks making and hanging the outdoor art—and Houston’s notorious summer weather provided them with a challenge.

While SkyWaves is the most recent project that Johns’ studio, Matter, has taken on, the upcoming Texas Contemporary Art Fair, as well as FotoFest, are also employing his services. Many smaller projects will inevitably pop up on his radar, as well.

Seeing Johns’ art around the city (and his studio’s tony client list) may make it appear that this was always his calling. However, Johns says his path in life was filled with detours. Despite growing up in a family that took him to museums and regularly got him involved in art events, Johns found himself wanting to aim for law school. At Trinity University in San Antonio, he studied political science and Spanish—before one particular class changed everything. 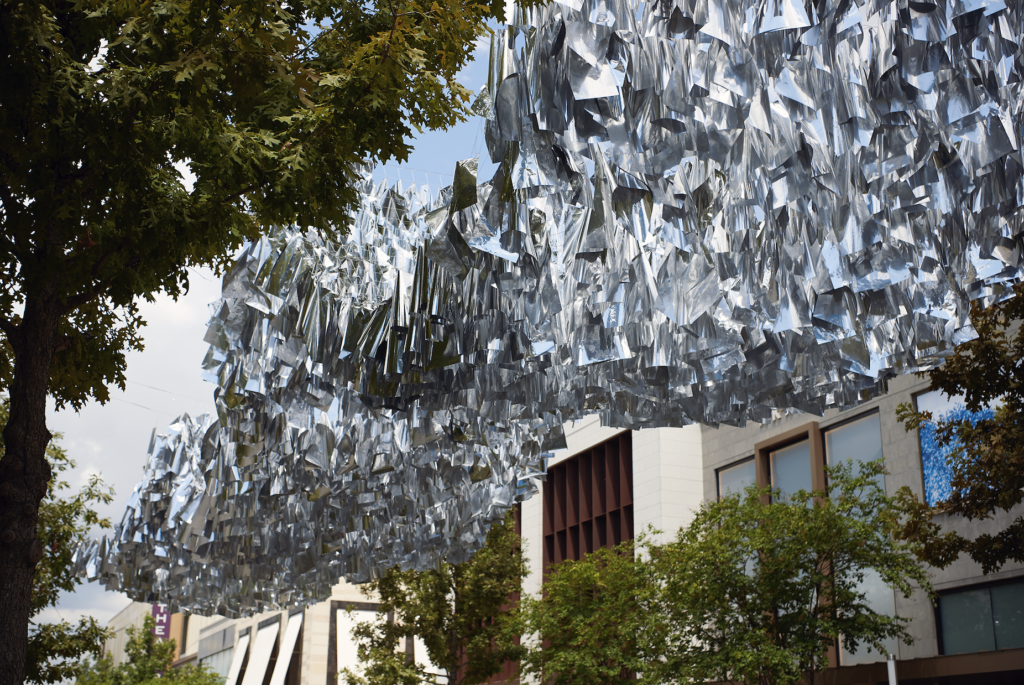 “I took constitutional law my junior year, because I wanted to go to law school for environmental law. I hated it—I just couldn’t live my life like that, so I studied abroad in Spain for a year, and I realized I wanted to go back to the art world,” he recalls.

After discovering that art was the right match for him, Johns hasn’t looked back. Upon graduation, he worked as an artist-in-residence for Artpace San Antonio, where he realized he had indeed made the right career choice.

“It was all about people having a good time, connecting, and creating a space where people can smile and forget about what is going on,” he says. Five years into his venture with Artpace, he felt the calling to return to Houston. Luckily for him, Blaffer Art Museum at the University of Houston was looking for someone with his talents, and he answered the call.

“I got hired to rebrand and reopen Blaffer Art Museum at UH, which was at the time (and still is) a dream job. It’s so fun to reimagine a new brand and tell a new story. At the time, they needed a brand that showed how important an institution with an academic tie is in Houston,” he says. “I worked there for about three years designing events, helping with programming, and helping audiences connect to the museum.”

But the itch to strike out on his own proved too tempting to ignore. That leads us to Johns’ current venture with Matter, a creative studio specializing in experiential design and image management. 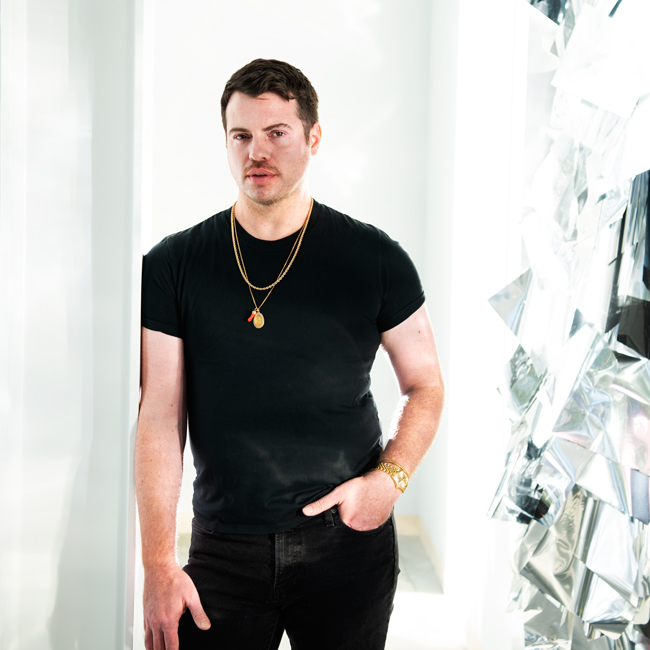 “I wanted to do projects on my own, so I stepped out and started on my own after three years at Blaffer Art Museum. I’ve been doing Matter ever since,” he says. “I still work for Blaffer. I’ve also done tons of pop-ups and galas, and I’ve worked with designers staging photo shoots and window designs.”

Owning his own studio has given him the opportunity to explore his creative interests and work with high-profile clientele. One of those clients is Houston’s own Solange Knowles.

“We had one week to prepare for Solange, which is insane—we ran on adrenaline and made it happen. The main music video I worked on was “Dreams,” which was filmed in the Third Ward. We had to create a moss effect that grew on the house. It’s not CGI—you must make it look like it’s actually growing. We filmed the whole thing in a day,” he says.

For Johns, the work keeps coming, which leaves him with very little free time. But on those rare occasions when he can take a break, he does manage to fill his time with interesting hobbies. He deejays at nights for private events—something he’s always wanted to do. He learned how to turn the tables by attending Jam Master Jay’s DJ academy in New York.

“I basically figured out a way where if I’m going to be at a party, I’m going to get paid to be there. I play a lot of disco—new disco, gay stuff. I could play Whitney all day. I love Beyoncé and Kim Petras. I play all the new alternative-pop princesses of the gay world,” he says. “I play a lot of Ariana Grande, because that’s my boyfriend’s favorite. I had to teach him a little more about Mariah Carey, though, because that’s where that started.”

Even then, Johns is learning to slow down and enjoy moments of solitude. “As I’ve gotten older, I’ve realized how fast everything is right now. My new hobby is being outside, being quiet, and going slow. I’ve dialed things back.”