Harrison Guy, Houston Pride’s 2019 Male Grand Marshal, has lived a life built around community involvement. “I was raised to give back to my community, and to take on leadership roles. Community has been the cornerstone of my life,” he says.

The 42-year-old is being honored this month for his involvement in Houston’s LGBTQ community. Guy is now the first black male grand marshal in the 41-year history of Houston’s Pride celebrations.

Guy was born in La Marque, Texas, in 1976. He has two sisters and two brothers, and his young mother’s parents adopted and raised Guy and his older sister. “They were incredible parents,” Guy says. “I wouldn’t change a thing.”

Guy attended La Marque public schools from kindergarten through his senior year. “School, for me, was about creative things. I was involved in numerous performance activities—theater, choir, marching band,” he recalls. He played the trumpet and tuba in the band, and admits that he would love to join Houston’s Pride Band. “But I’m so busy as it is.”

Guy says that he knew he was gay early on—and so did others, so he never really had to “come out.” “My family was very supportive. They didn’t make me feel different,” he says, giving credit to his grandmother. “She was a strong woman and a great humanitarian—always looking out for other people.”

Guy says his relationship with his birth mother and his other two siblings was a good one. “Mother wasn’t always present, but she was always there emotionally.” His maternal grandfather worked in the Houston shipyards, and his grandmother was a cook and domestic worker. “I grew up in a very communal environment. We were taught to see the good in everyone,” he says.

Guy can claim another “first” besides his 2019 Houston Pride title. As his high school’s class president during his senior year, he convinced the school that they should add a homecoming-king election to the annual fall event. He was then elected as the first homecoming king, and that contest is now a tradition at the school.

A more sobering tradition at La Marque High School was the segregated senior dances—one for whites and one for blacks. Guy worked to combine the two events into one. “We’d been in school together for 12 years, and for one night of our senior year they were separating us,” he remembers. Changing this long-standing racist custom taught Guy how one person’s voice can make a difference.

Guy enrolled at Prairie View A&M in 1995, majoring in music with the goal of becoming a band teacher. Since he was already showing a talent for modern dance, his college mentor suggested he go to New York City to study dance. Following that, he continued his dance studies in Chicago and Dallas.

Guy finally decided to settle down in Houston in 2001, teaching dance in various Houston Independent School District schools. He is a founding member of the Exclamation Dance Company, where he danced for five years. He also danced with Dance Fusion before starting his Urban Souls Dance Company in 2004. He now teaches dance at the High School for the Performing and Visual Arts.

Guy enjoyed going to Houston’s popular black gay clubs Uptown/Downtown, Rascals, and Bartini. “Some black clubs were only open on Saturdays, so I partied there but went to mainstream bars on the other days.” He recalls that some of those mainstream clubs still had racist edges, even in the new millennium. “We could get past the door, but sometimes the service was bad for blacks. When it became really obvious, we had to call out some bartenders.”

Guy entered the Houston LGBTQ activist scene in 2005 as an analyst and program developer for an HIV-prevention agency that did outreach work among black gay men. The project was headed by Joseph Gathe, a doctor whose work with Houston’s LGBTQ community goes back to the worst days of the AIDS epidemic.

When that project closed down due to a funding loss, Guy went to work with Splash, the Houston black gay-pride celebration. “Blacks didn’t feel recognized or included in the celebration by the larger community, so Splash emerged to fill the gap. It will be 24 years old this year,” he says.

In 2005, Guy joined the Houston chapter of Delta Phi Upsilon, a fraternity for black males. The following year he met Adrian Homer, a special-education teacher, through the fraternity. They became engaged in 2016 and were married in the University of Houston campus chapel.

From 2008 to 2016, Guy managed the business office at Houston Baptist University. He then joined the University of Houston’s administrative staff, working in finance. 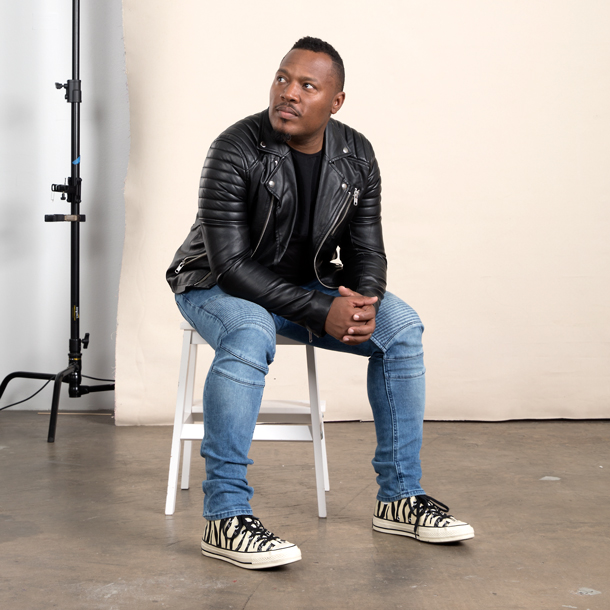 “I was working the black gay activist space, but when Houston City Council member Jolanda Jones came to speak to our fraternity, we asked her how we could do more. She suggested joining the Houston GLBT Political Caucus—she felt it was the perfect place to learn politics. We all joined.”

In 2016, Guy was nominated to be a member of Mayor Turner’s LGBTQ Advisory Board. The board was created as a response to the Pulse nightclub massacre, and has 49 members (signifying the number of lives lost in the Orlando tragedy). Guy had been learning about electoral politics in the GLBT Political Caucus, and now he was able to learn about a wide range of community issues. He first served as chairperson of the board’s communications committee, and then co-chaired the board with Melanie Pang. This year he became the board’s chairperson. “It’s a pretty big commitment,” he says. “But it’s the most diverse group of people I’ve ever worked with, so we get lots of great ideas put forth.”

“I was so pleased that all the hard work of so many people in so many communities—even the straight black community—paid off.”

In 2016, Guy spoke at the first-anniversary rally to commemorate the Pulse nightclub tragedy. Activist Brian Riedel approached him afterwards and asked if he knew about Charles Law, a black gay activist in Houston in the 1970s and ’80s. Riedel mentioned an archive recording of Law speaking at the 1979 March on Washington for Gay and Lesbian Rights, and told Guy that he sounded a lot like Law.

Guy found the recording online and was “blown away” by Law’s rousing speech that touched on racism and classism within the LGBTQ community. “He was so far ahead of his time, and so truthful,” Guy says.

“When stories are unspoken, people are invisible. Black LGBTQs have always been in the community, but no one sees them,” Guy says. “The new archive will be a bridge of awareness for the community.”

Guy is now working through Gatekeepers (a nonprofit he founded last year as “a hub for black social activity and activism”) to establish an LGBTQ historical marker in Montrose. The plaque will describe the importance of the 1920s neighborhood to the evolution of Houston’s LGBTQ community. He is grateful that he can use the mayor’s advisory board as a launching pad for such community heritage projects.

Most recently, Guy facilitated a panel discussion with Pete Buttigieg when the gay presidential candidate was in town for a public fundraising event. Buttigieg met with black LGBTQ leaders to discuss issues that concern black LGBTQ voters.

Guy says he was truly surprised when his name was announced as the winner. “I was so pleased that all the hard work of so many people in so many communities—even the straight black community—paid off.” As usual, he is looking to use this honor to build bridges.

Of the strong African-American showing in this year’s Pride marshals lineup, Guy notes that “it’s a signal of what happens when we allow diversity to happen.”

Looking ahead, Guy says he wants to see young people being honored as Pride marshals. “We’ve never had a young marshal, and they feel left out. They are part of our community, too. Intergenerational bridges are important. The community is grappling with diversity and moving in the right direction. Change is hard, but change is good.”