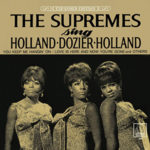 n the history of modern pop music, certain singers are closely associated with the songwriters behind their biggest hits. Dionne Warwick will forever be linked with Burt Bacharach and Hal David. While they had hits written by others, The 5th Dimension’s most memorable hit singles were penned by Laura Nyro. Motown divas The Supremes (Diana Ross, Mary Wilson, and Florence Ballard) are another perfect example. It’s hard to imagine where they would be without the songs composed by the team of Lamont Dozier and Brian and Eddie Holland. Essentially an expanded reissue of the 1967 album, The Supremes Sing Holland-Dozier-Holland (Motown/UMe) is a double-disc set that features both the original mono and stereo LP mixes, as well as a dozen bonus tracks on the first disc. Featured are number-one hits such as “You Keep Me Hangin’ On” and the dramatic “Love Is Here and Now You’re Gone,” as well as The Supremes’ readings of “(Love Is Like a) Heat Wave,” “It’s the Same Old Song,” and eight more. The extended hit mix and the film version of “The Happening” are among the best of the bonus cuts. Disc two features the live The Supremes at the Copa recording. 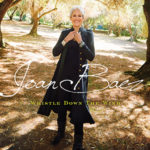 Even though it was Joan Baez herself who wrote what is probably her greatest song—“Diamonds and Rust”—she was probably best known during her long career as an interpreter of others’ songs. In fact, her biggest hit to date was a cover of The Band’s “The Night They Drove Old Dixie Down.” Baez’s 21st-century albums find her covering Eliza Gilkyson, Steve Earle, Patty Griffin, Josh Ritter, Gillian Welch, and out singer/songwriter Diana Jones, to mention a few. Whistle Down the Wind (Bobolink/Razor & Tie), Baez’s first studio album in 10 years, is a welcome return. The titular tune, written by Tom Waits (whom Baez has covered before) is marvelous, and her rendition of trans singer/songwriter Anohni’s “Another World” is, well, out of this world. Never one to shy away from political statements, Baez has her say in Zoe Mulford’s “The President Sang Amazing Grace” and Tim Eriksen’s “I Wish the Wars Were All Over.” 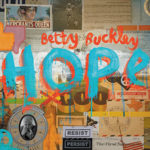 An actress whose extensive résumé includes Broadway, film, and television, Betty Buckley is about to embark on the national tour of the recent stage revival of Hello, Dolly! as Dolly Levi. Throughout her esteemed career, Buckley has had the privilege of singing songs by Andrew Lloyd Webber, Stephen Schwartz, and countless other musical-theater legends. However, it’s her pair of recent live albums, 2017’s Story Songs and her latest, the exceptional Hope (Palmetto), that are especially fascinating. Buckley lends her distinctive voice to a number of unexpected covers that will most likely expand the palates of her longtime fans. Story Songs featured her stellar interpretations of Radiohead’s “High & Dry” (really!), Emmylou Harris’ “Prayer in Open D,” and Peter Gabriel’s “Don’t Give Up.” Buckley continues to challenge and reward listeners with her versions of Lisa Loeb’s “Falling in Love,” Steely Dan’s “Any Major Dude,” Joni Mitchell’s “Shades of Scarlett Conquering,” Paul Simon’s “Quiet,” and T Bone Burnett’s “Dope Island.” 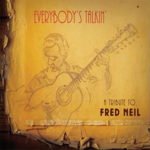 There is little question that most people know the work of Fred Neil via Nilsson’s version of “Everybody’s Talkin’,” featured on both his 1968 album Aerial Ballet and the 1969 soundtrack to the movie Midnight Cowboy. Keith Sykes covers the songs on the appropriately titled Everybody’s Talkin’: A Tribute to Fred Neil (Y&T Music). Sykes is among the better-known performers on this various-artists compilation, which also includes Rodney Crowell (performing “Candyman”), Eric Andersen (singing “The Dolphins”), and Charlie Pickett (doing “The Other Side of This Life”). 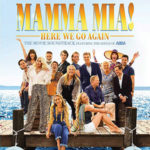 Leave it to the Brits to concoct a ridiculous jukebox stage musical such as Mamma Mia! and then unleash it on ABBA-loving Americans. As if that wasn’t bad enough, a truly hateful and horribly miscast movie version landed with a thud in movie theaters in 2008. But wait—now there’s a prequel/sequel starring Cher, with its own accompanying album Mamma Mia! Here We Go Again: The Movie Soundtrack Featuring the Songs of Abba (Capitol). In addition to new-version rehashes of songs featured in the 2008 movie, the soundtrack includes Cher singing “Fernando” (with Andy Garcia) and taking a lead role on “Super Trouper” (featuring the whole cast). The biggest treat is, believe it or not, Meryl Streep singing the 1982 non-LP Abba song “The Day Before You Came,” which features updated lyrics. 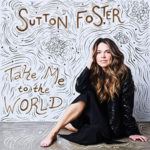 As albums by Tony Award-winning Broadway divas go, Take Me to the World (Ghostlight Deluxe) by Sutton Foster is in a league of its own. Just listen to choral renditions of “I’m on My Way/On My Way” (featuring Megan McGinnis, Darcie Roberts, Jodi Cotton, Johnna Allen Tavianini, Elizabeth Truitt, and the Ball State Cabaret Class Female Student Singers) and “Every Time We Say Goodbye” (with the Ball State Cabaret Class Student Singers). To say Foster plays well with others is an understatement. Throughout the disc, Foster shares space with other vocalists and a fantastic group of musicians for a marvelous musical journey. 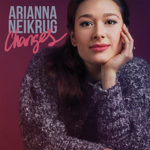 With the exception of two original compositions, the songs on Changes (Concord) by Arianna Neikrug, winner of the 2015 Sarah Vaughan International Vocal Competition, are covers. Among the most thrilling are her unexpected pairing of Joni Mitchell’s “Help Me” with “Be Cool,” a marvelously jazz-inflected reading of Al Green’s “Let’s Stay Together,” and the medley of Nat King Cole’s “Never Let Me Go” combined with The Jackson 5’s “I’ll Be There.”