From band geek to the judicial bench (hopefully), Beau Miller marches to his own drum—and it has proven to be an effective formula. Miller, a Democrat, is hoping his success will continue in November when he faces Republican incumbent Debra Ibarra Mayfield for judge of Harris County’s 190th Civil District Court.

“As an attorney, I know too many judges let their political views affect their jobs,” Miller says. “I want to make sure everyone has fair access to the courts.”

Miller hasn’t always been enamored of the law. He is a self-described band geek who played the trumpet while moving around the Southeast with his military family. He says his Navy-brat upbringing taught him to be outgoing, as he was constantly having to make new friends in school. But band was one way he could fit in easily. His music also earned him
a scholarship to Louisiana State University.

After graduating in 1995, he taught high-school music in Austin for three years before deciding to enroll in law school at the University of Texas. 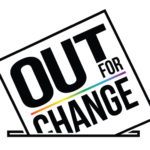 “I grew up in a military, conservative, religious family,” Miller says. “Austin was an eye-opening experience. I wanted to expand my horizons. I wanted to learn more. Law school teaches you how to think. If you think about it, law and music both focus on practice and performance.”

“They were my mentors,” he says of attorneys Frank and Melanie Bean. “I got my first trial experience there.”

He currently works at the Spagnoletti & Co. law firm in Houston, and his passion for music and arts education led him to become the founder of Live Consortium, a nonprofit that fights AIDS/HIV stigma.

“I was diagnosed with HIV in 2006,” Miller says. “I was afraid to tell anybody.” It took him three years to tell his conservative parents about his status. But that was nothing compared to the conversation he would have with his father in 2015.

Rick Miller, a retired Navy aviator, is the Texas state representative for District 26 in Fort Bend County. A tea-party Republican, he filed a bill in the Texas Legislature three years ago to repeal local ordinances prohibiting LGBTQ discrimination. The story made national headlines when the younger Miller went to Austin to confront his father about the issue. The bill died, but it would be some time before father and son would speak again.

“It’s good now,” Miller says of their relationship. “We love each other unconditionally. Our politics are just different. We both learned a lot from that experience.”

But his father wasn’t exactly supportive when he told him he was running as a Democrat for judge.

“Harris County has been red for 20-plus years. Dad looked at that trend and tried to discourage me,” Miller says. But one person who was very supportive of Miller’s run is his husband, Patrick Summers, the artistic and music director of Houston Grand Opera.

“We met through a mutual friend,” Miller recalls. “It was a modern romance—phone calls and texts as he was conducting in San Francisco.” Several years later, when Summers was working in London, Miller flew over to surprise him with a marriage proposal on Waterloo Bridge. Summers said yes, and the happy couple was married last year at Snake River Ranch in Wyoming. They live in an apartment overlooking Hermann Park with their two King Charles Spaniels, George and Henry.

“Patrick could not be more supportive of the campaign,” Miller says. “He’s very interested in the process.”

As a first-time candidate, Miller credits the LGBTQ community with helping him navigate the political landscape. He attended a four-day training session for candidates put on by the LGBTQ Victory Fund, now led by former Houston mayor Annise Parker.

However, Miller isn’t overly worried about his sexuality or HIV status coming up in
the campaign.

“Besides, that didn’t work out too well for the Republicans with Kim Ogg,” Miller adds. He’s referring to the incumbent Republican district attorney Devon Anderson, who referenced his Democratic opponent Ogg’s sexual orientation during the 2016 campaign. Ogg won, becoming the nation’s highest-ranking openly LGBTQ law-enforcement official.

That win, for a Democratic lesbian in Harris County, bodes well for 2018 and Miller.

“I think we have a fantastic shot at winning,” Miller says. “I wouldn’t be running if I didn’t think we could win this.”

Miller is among five openly LGBTQ candidates seeking Harris County judicial seats who will be on the ballot in November.