More than 200 veterans and VA employees enjoyed food and live music in a fourth-floor auditorium while celebrating the intersection of the LGBTQ and veteran communities.

Dr. Deleene Menefee, chair of the VA Medical Center’s LGBTQ advisory committee, said the hospital operates under a federal directive to “create a welcoming and inclusive environment [so] that all veterans who are served are given equal opportunities.”

“People are still having some translational, cultural-change issues, but that’s what we’re about, we’re about changing our culture here … so it’s about all veterans, whoever you are, and your family, and whoever you decide your family is,” Menefee said. 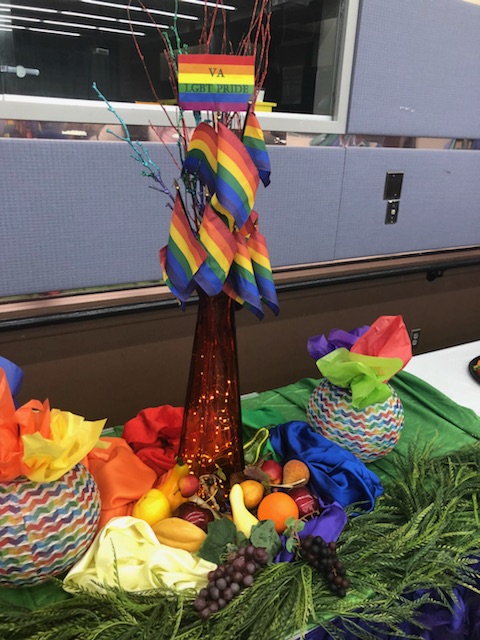 The VA medical system has never had an anti-LGBTQ policy like Don’t Ask, Don’t Tell. However, anti-LGBTQ sentiment has harmed generations of veterans.

Christina Valenzuela, peer support specialist with the VA Medical Center, said she was married to a gay man who was a Marine for nine years to hide both of their sexualities.

“[My husband] couldn’t get promoted without proving that he had a wife and he was a family man, just because that’s how the Marine Corps worked,” Valenzuela said. “I’ve had friends who were dragged out of their barracks. We don’t know what happened to them, we never saw them again. We had a history of being very, very [secretive] and only sticking together, creating an inner network of gay veterans that got things done.”

Organizers hope the Pride event will help LGBTQ veterans realize that the VA Medical Center is a welcoming place where they can receive the healthcare they need, rather than as another roadblock on their journey.

The VA Medical Center offers a wide range of programs for LGBTQ people, including mental health services for those struggling with their identity, and hormones and surgery for transgender veterans.

The Pride event featured booths from local veterans groups, including the Lone Star Veterans Association; Grace After Fire, which serves women veterans; and Women’s Inpatient Speciality Environment of Recovery, a group that helps women veterans who are struggling with PTSD and other mood disorders.

Danielle Brandlein, a trans woman and former Marine who was injured at boot camp, said she has often been called by her “dead name” at other hospitals. She attended Thursday’s event in part to see what the VA has to offer in terms of care.

“The other thing is just to find other people and get to know other people that are in the veteran community, because I didn’t know there were this many out there,” Brandlein said, gesturing to the crowded room around her. 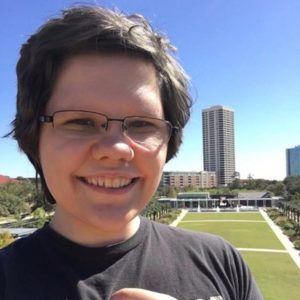 Laura Gillespie is a journalism student at the University of Houston and a frequent contributor to OutSmart magazine.