According to The Laredo Morning Times, 45 people showed up for the event, which was billed as a question-and-answer session titled, “Can Homosexuals (LGBTQ) Change?” However, in the screen grab above from KGNS-TV‘s report—as well as in a photo on the Morning Times’ website—the crowd looks considerably smaller.

In fact, a campus LGBTQ Pride event organized in response to the “ex-gay” rally appears to have drawn more people:

After Broken Walls Ministries took out an ad promoting the rally in the Morning Times, pro-LGBTQ groups gathered 400 signatures on a petition calling on the university to cancel it: 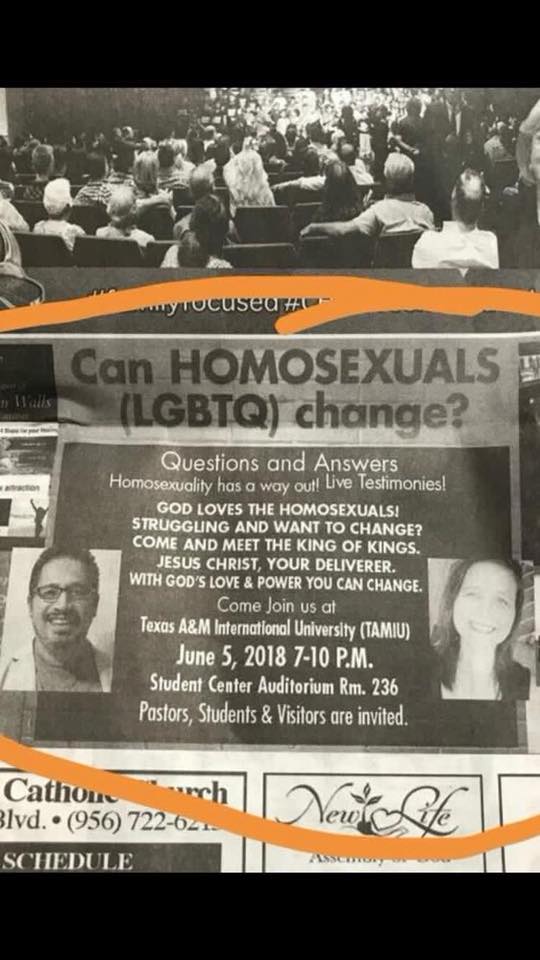 The university president responded in a statement saying that while the “ex-gay” rally was not consistent with the school’s values, the administration would allow it to go forward: 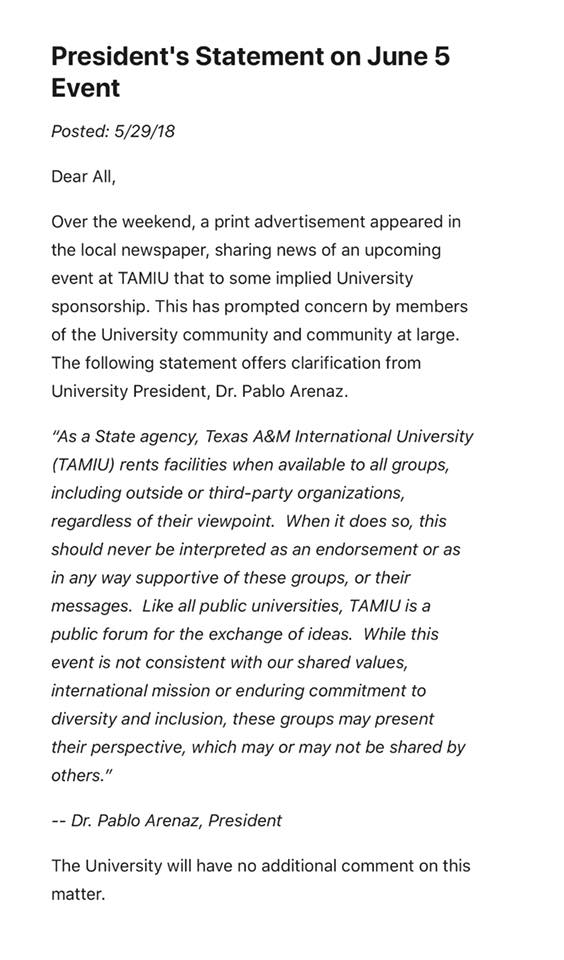 Sadly, local news outlets including KGNS-TV and the Morning Times chose to focus heavily on the “ex-gay” event, without even attempting to counter Broken Walls Ministries’ dangerous, discredited claims. Virtually all of the major medical and mental health organizations have come out against so-called “ex-gay” therapy, from the American Psychological Association to the American Medical Association and the American Counseling Association.