The Woodlands will host its first-ever event in September.

Queer people who live in small towns shouldn’t have to leave to celebrate LGBTQ Pride, according to Jason Rocha.

Rocha is the organizer of Texas’ newest LGBTQ Pride celebration, planned for September 8 in The Woodlands.

“We want to be heard in our own communities, and we want to be accepted,” says Rocha, a business developer who identifies as queer. “More towns should set aside time to recognize LGBTQ people. [We shouldn’t] have to leave town to feel safe about who we’re holding hands with, even if it is just for a day.”

The Woodlands Pride, at Town Green Park, will be among 28 LGBTQ Pride celebrations across Texas this year, according to a review by OutSmart.

“In recent years we’ve seen the number of new Prides in Texas rise by about one per year,” says Chuck Smith, CEO of Equality Texas. “It’s exciting to see that more communities believe that it is safe, necessary, and welcoming to do so.” 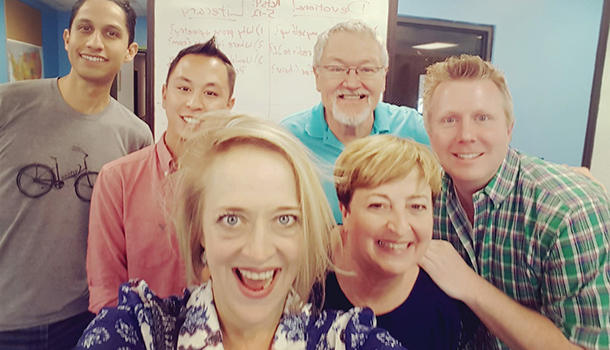 “Some countries celebrate Pride to remember what we fought for, what we won, and what there is still left to do,” says Paul Huddleston, InterPride’s Region 3 director. “Other countries have Pride because they are still fighting for basic rights that we have in the U.S. Some Pride [events] even have to operate in secrecy because LGBTQ people are still being persecuted and criminalized.”

While LGBTQ Americans generally enjoy greater protections, there is still some resistance to U.S. Pride events.

Last June, after the Temple Public Library in Killeen, Texas, put up an LGBTQ display, a right-wing religious group called Concerned Christian Citizens attacked the library for “promoting the LGBTQ lifestyle.” The controversy prompted the library to revise its rules, and it remained unclear whether LGBTQ displays will be allowed going forward.

Earlier this year, city leaders in Starkville, Mississippi, denied an LGBTQ group’s request for a permit to hold a Pride parade. The organizers filed a federal lawsuit, saying the city was violating their constitutional rights to free expression and equal protection. The city later reversed the denial, and on March 24, over 2,500 attended Starkville Pride.

Even when they don’t face a backlash, small-town Pride celebrations often suffer from a lack of funding.

Beaumont Pride staged its first celebration in 2014, but could not host the event in 2017 due to financial difficulties. PFLAG
Beaumont stepped in this year to host an Equality Fest, which has been renamed the Beaumont Pride Fest.

But PFLAG Beaumont has also struggled to make ends meet. The group’s budget in 2017 was only about $600, and relied heavily on donations from local businesses and entertainers, says Jacqueline Hays, the organization’s president.

“We had almost no budget last year,” Hays says. “Before many of our events, organizers were looking up the cost of small things like trash bags and balloons, just to make sure that we could afford them.”

Equality Texas’ Smith, who attended Eagle Pass’ first “Love Without Borders” Pride celebration in 2017, describes the event as emotional and encouraging. He says people who grew up in the border town of about 28,000 returned home just to attend the festival.

“[Well-established Pride events] in larger cities are still wonderful, but they can lead people to question whether they have become too corporate or too influenced by sponsors,” Smith says. “I think the best a city can do is to accurately reflect the uniqueness of their community while celebrating Pride. There are LGBTQ people all over the State of Texas, and it is important to acknowledge that.”

Rocha says The Woodlands Pride will feature booths, local vendors, a DJ, and a space for children at one of the city’s public parks, because the town is family-oriented.

“We’re not going to make The Woodlands something that it’s not,” Rocha says. “I’m from the area, I know my city’s values, and I support them for the most part. I don’t want to uproot these values, but I do want to be a part of them.”

“It was about booking that park, because Pride is no different than any other celebration held there,” Rocha says. “The Woodlands may get a bad name for its conservative values, but I know that we have many supporters. Woodlands Pride is going to show us who they are.”

For more information about attending or volunteering at The Woodlands Pride, visit facebook.com/TheWoodlandsPride or contact the group at [email protected]

Below is a list of this year’s LGBTQ Pride celebrations in Texas, compiled by OutSmart: 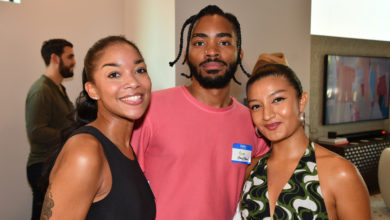