Twenty-five years ago, a small local publication debuted with little fanfare. It was quickly embraced by a community eager for something that spoke to it, reflected it, and served its needs. It was a publication like no other in the Southwest, and one of only a few nationally. No one knew whether it was economically viable, or whether a diverse, sometimes fractured community could get behind it. 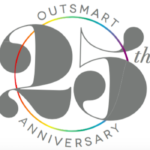 What tone would it take? What voice would it speak with? And more importantly, what would it say with that voice? That publication is the very same one you now hold in your hands: OutSmart magazine.

No one, and certainly not the magazine’s staff, could have predicted that this once-fledgling magazine would turn into a venerable community staple. Other organizations have come and gone, and so many publications have fallen by the wayside. But OutSmart has (sometimes just barely) given Houston’s LGBTQ community a platform to speak with, and a powerful voice that speaks to them.

To celebrate a quarter-century in publishing, we we went through our archives, issue by issue, to piece together some of our most meaningful moments, including a few of the noteworthy people we’ve covered over the years.