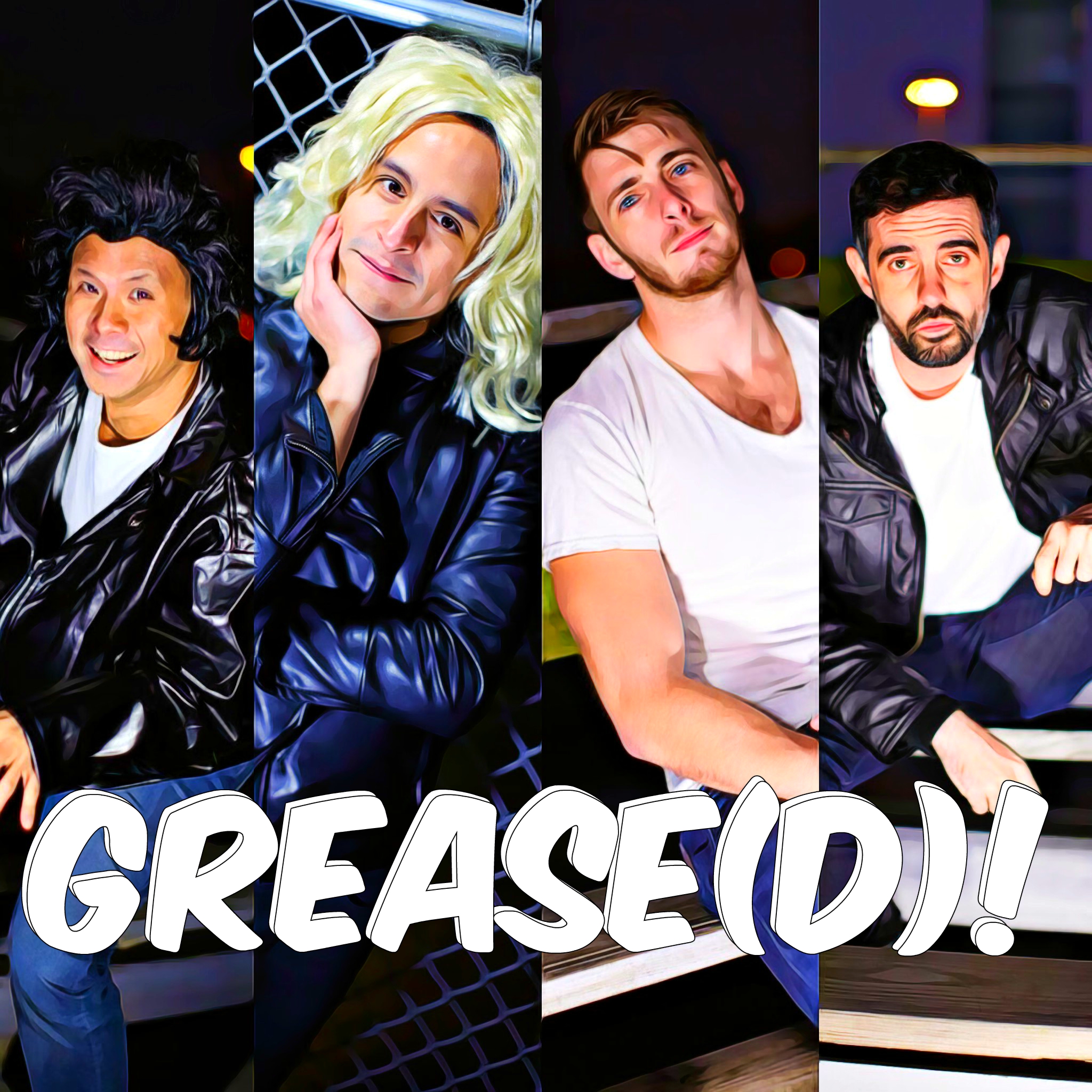 Career Offenders stages ‘Grease(d)!’ on Saturday at the Station Theater.

Grease(d)! is the time, is the place, is the motion on Saturday, March 31 at the Station Theater, where writer, director, and comedian Peru Flores is staging a new gender-bending spin on the classic musical.

The revamp features many of the original songs as well as beloved protagonists Sandy and Danny but is updated in light of how the socio-political landscape has changed (significantly, thank god) since the show’s original 1959 setting. Sandy, for example, is an immigrant and played by Flores in a platinum blonde wig, while Danny, though still a hyper-masculine ladies’ man, must learn that he (shock!) must ask a woman’s permission before putting the moves on her. Flores lifts the veil on those homosocial band of T-Birds by writing one as fully out of the closet, and the Pink Ladies are also out in full force but with far more modern-day, feminist sass.

Alongside Flores performing these roles are Benjamin Britt, Keith Huang, and Paul Shinneman, his three comedic partners in crime from the Career Offenders, an up-and-coming improv troupe that has already garnered a significant following as evinced from their frequently sold-out performances in venues in Houston as well as in major urban centers across the country such as Miami. This Fab Four met during an improv session at the Station Theater, and according to Flores, “immediately clicked,” despite their diverse professional backgrounds, life experiences, and differing sexual orientations. In performances, the Career Offenders often cleverly leverage these differences with, as this reporter can attest, hilarious results that leave the audience roaring. In addition to live shows, Flores, Britt, Huang, and Shinneman write and perform as an ensemble their own online sketch series (check out the collection at “www.career-offenders.com” or on their Facebook page @careeroffenders). Plans are also in place for more extensive productions in the future.

While Grease(d)! is sure to have you guffawing, it’s not entirely all in good fun, for the remake transcends the parodic genre to serve as a satire on more subtle forms of misogyny, heteronormativity, and homophobia that persist in 21st-century America. Flores takes on such issues as the sexualization of women, political misbehavior, and identity politics through tweaked dialogues, lyrics, and, ingeniously, lip-synching. In response, you feel comfortably uncomfortably, and that’s the whole point: to laugh while at the same time thinking, “Oh, wait …”

But should you be in attendance with a less-than-with-it companion, urge them to take advantage of the “liquid encouragement” provided upon arrival. It will surely “grease” the wheels for the many amusing epiphanies this cheeky musical has to offer.

What: Grease(d)! A Live Parody
When: 7 p.m., Saturday, March 31
Where: The Station Theater, 1230 Houston Ave.
Tickets can be purchased online and patrons may BYOB.