Bunnies on the Bayou (BOTB) has a long and storied history, but sadly, there’s no one left who attended the group’s first party in 1979. The last living attendee was Bill Bridges Jr., a community activist and early member of the Diana Foundation who died in January. But BOTB’s history lives on.

This year’s 39th annual event, set for April 1, will be party time as usual—with a few changes. “Everything was still covered in dirt and debris after [Tropical Storm] Harvey,” BOTB treasurer Josh Beasley says of Fish Plaza, where the Easter Sunday bash has been held for the last quarter-century. “Plus, the City was going to be using it as a staging center for equipment in the continuing cleanup downtown. There was no way we could use that outdoor space.” 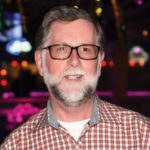 After a frantic search, BOTB’s board of directors opted to hop a short distance up the bayou to The Water Works at Buffalo Bayou Park. But it won’t be an easy task to move an event that draws 3,000 revelers, complete with sound systems, food and drink stations, and more.

Last year, BOTB raised $156,500 for local LGBTQ nonprofits. Bunnies hosts several events throughout the year, but their Easter extravaganza is the largest. And it all started with a small backyard gathering in 1979. “It became an annual blowout, and as more people wanted to come, it was moved to the pool at an apartment complex at Polk and Stanford,” says former BOTB president Jim Taylor. “It was still invitation-only, and as the AIDS crisis arose, they started asking everyone to bring a canned good to donate.”

Back then, Taylor was working for an oil and gas company based in Denver. During one of his frequent trips to Houston, he met Rick Galenec, also an attendee at the first Bunnies, who invited him to come back for the 1987 party, then known as BFP. Taylor hasn’t missed one since. “But how many cans of corn and green beans did the community need?” Taylor says. “That’s when we decided to ask for cash donations we could donate to AIDS nonprofits.”

Despite the noble cause, BOTB has always been a wild event. Taylor recalls the pool party being so crowded that people would fall into the pool. “And once there was even a bitch fight where someone got thrown into the pool,” he recalls with a laugh.

By 1991, Bunnies had grown so popular that organizers moved it downtown to the Wortham Center’s Fish Plaza, where it would remain until this year. That is also when it was renamed Bunnies on the Bayou.

And despite the high-profile public space, the party has not gotten much tamer. “Every year, we did big banners and hung them from the bridge, and we had a camper parked onsite called ‘The Bunny Hole’ where the hosts could take a break—but the toilet often overflowed,” Taylor says. “And for many years, we had an Easter bonnet contest. One year, a man had this elaborate bonnet surrounded with chicken wire and live baby chicks inside.”

On the following Monday mornings, the organizers would meet at the bank and count the money they had raised, often in soggy dollar bills. Taylor recalls that one year they netted $30,000 for HIV/AIDS groups, which he thought was a lot at the time.

In 1991, Taylor was laid off from his energy job and spent time caring for his friend Galenec, who was terminally ill. By 1993, Taylor found a new career with the American Red Cross, which then had an HIV section that he ran.

In 1995, Bunnies incorporated as a nonprofit, and Taylor became the first president of the board, a seat he held for two years. He spent many more years as a BOTB director before stepping down to leave it to the next generation. “The younger ones have more energy than I do, and they know all the hot DJs today,” he says. “Plus, they get corporate sponsorships. I remember in the early days, the hosts paid for everything so all the money raised went to AIDS charities.”

Taylor retired in 2014 and now lives with his brother in Meyerland. He loves to read and travel, and he likes a good martini, too. One of his favorite quotes is from Dorothy Parker: “I like a good martini, two at the most. After three I’m under the table, after four I’m under my host.”

Taylor stays active in the community by volunteering at the Montrose Center and the Houston GLBT Political Caucus. And of course he still volunteers with BOTB and looks forward to the annual Easter blowout every year.

“It’s just such a fun event,” he says. “But it’s also important to remember all those we lost to HIV/AIDS. It’s a time to celebrate, and a time to toast those who are no longer with us.”

What: Bunnies on the Bayou 39
When: April 1
Where: The Water Works at Buffalo Bayou Park, 105 Sabine St.
More info: BunniesOnTheBayou.org