It was the year that one-hit wonder Debby Boone spent 10 weeks in the number-one spot on the Billboard charts with her syrupy-sweet hit single “You Light Up My Life.” 1977 was also the last time that rock, disco, and punk could be described as peacefully co-existing. Three albums from that transitional year have been reissued in fancy and fantastic expanded box sets to commemorate the 40th anniversary of each.

In some ways, with their involvement in the soundtrack for Saturday Night Fever, the Bee Gees simultaneously celebrated disco while forever changing their own creative history. Prior to SNF, the Bee Gees (Gibb brothers Barry, Robin, and Maurice) were an Australian pop trio who owed a considerable debt to The Beatles. This is especially true of the first chapter of their career during the mid- to late-1960s. For a variety of personal and professional reasons, the Bee Gees were more or less absent from stateside radio until 1975 and the release of Main Course, successfully launching their second R&B-influenced chapter with a trio of hits—“Jive Talking,” “Nights on Broadway,” and “Fanny (Be Tender with My Love).” The follow-up album, 1976’s Children of the World, was particularly momentous because of the straightforward disco tune “You Should Be Dancing,” which would soon resurface in Saturday Night Fever. 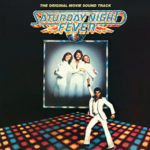 If you can’t decide which is more essential, the movie or the soundtrack, Saturday Night Fever: Super Deluxe (Capitol/UMe) solves that problem for you. Included in the attractively packaged box set are two versions of the soundtrack. The first is the double LP set, restoring the music to its original vinyl setting. The double CD compresses the entire soundtrack onto one disc and includes a second disc of Serban Ghenea mixes of “Stayin’ Alive,” “Night Fever,” “How Deep Is Your Love,” and “You Should Be Dancing.”

There is also a Blu-ray disc containing the director’s cut of the film. Directed by John Badham, it was the movie that earned John Travolta his first Oscar nomination and showed off his dancing skills (as well as his assets in black briefs and tight polyester pants). Considering that disco was born in gay clubs and continued to thrive there long after various backlashes (including Chicago’s humiliating 1979 “Disco Demolition” event), Saturday Night Fever was shockingly homophobic. Producer Robert Stigwood was a gay man, but that didn’t prevent antigay remarks (including one aimed at David Bowie) from making its way into the film. Additional goodies include a movie poster, stills, a “story behind the movie” booklet, and a turntable mat with the Saturday Night Fever logo. Mirror balls are sold separately. 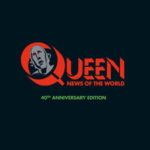 Like the Bee Gees, Queen was a band that had distinctive periods in its career, from progenitors of British prog and metal to rock operetta and glam—and eventually to pure pop, even incorporating elements of dance music. Queen already had substantial hits under its low-slung, jewel-encrusted belt, including “Killer Queen,” “Bohemian Rhapsody,” and “Somebody to Love,” when it released News of the World in 1977.

The robotic monster on the album cover is a perfect illustration of the force Queen would unleash with the album. News of the World: 40th-Anniversary Edition (Hollywood Records), features a “new pure-analogue cut” of the vinyl LP, three CDs (including the 2011 Bob Ludwig master), an 11-track disc of “Raw Sessions,” as well as a 19-track bonus disc and the DVD documentary The American Dream. The album opens with the semi-linked tracks “We Will Rock You” and “We Are the Champions.” Queen probably didn’t realize the way these songs would become ingrained in contemporary culture. “Sheer Heart Attack” (also the name of the band’s 1974 album) came close to capturing the punk spirit of the time. “All Dead, All Dead,” “Spread Your Wings,” and “My Melancholy Blues” fit well into Queen’s trademark blend of rock and theater, whereas “Get Down, Make Love” hinted at an experimental side.

The handsomely assembled Queen package also includes marvelous ephemera such as a reproduction of the original Elektra Records press kit (including 8×10 pics), three posters, stickers, an “all-access” laminate, and a 60-page book. Sadly, the gay Mercury’s untimely passing in 1991 silenced one of the greatest voices and most magnetic personalities that rock music has ever seen or heard. 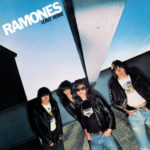 Back in the mid- to late-’70s in the burgeoning world of punk rock, it was not uncommon for bands to put out albums in close succession. Talking Heads, Blondie, The Clash, and Elvis Costello are a few good examples. So are the Ramones, whose debut album was released in 1976, followed soon after by two albums in 1977. Leave Home: 40th-Anniversary Deluxe Edition (Sire/Rhino), the first of the Ramones’ two 1977 albums, has been reissued in a deluxe limited-edition package. The set includes Ed Stasium’s remastered stereo version and a 40th-anniversary mix of the original album on both 180-gram vinyl and CD. It includes Ramones standards such as “Gimme Gimme Shock Treatment,” “Oh, Oh I Love Her So,” “Glad to See You Go,” “Pinhead,” “I Remember You,” “Swallow My Pride,” and “Suzy Is a Headbanger.” A second disc features the Sundragon Rough Mixes and 14 bonus tracks, while the third disc boasts a 1977 concert recorded live at New York’s CBGB club.