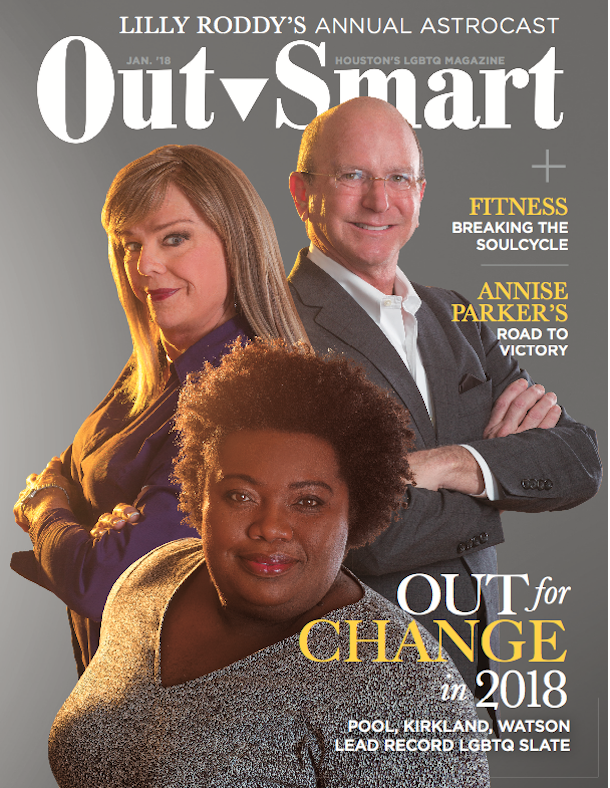 Rights are won only by those who make their voices heard.”

Those eleven words, spoken by gay San Francisco city supervisor Harvey Milk some 40 years ago, still ring true today. And in 2018, which will undoubtedly be one of the most important election years of our lifetimes, they may be more relevant than ever.

A record 35 openly LGBTQ candidates have filed to run for public office in Texas this year, which is by far the most in history. The massive, remarkably diverse Texas LGBTQ slate is part of a broader progressive uprising in response to the policies of the Republican-dominated State Legislature, the Trump administration, and the GOP as a whole.

Coincidentally, as we were putting the issue together, news broke that Houston’s own Annise Parker would become CEO of the Gay & Lesbian Victory Fund, the national group dedicated to electing openly LGBTQ people. And speaking of gay political pioneers, don’t miss columnist Susan Bankston’s piece about former State representative Glen Maxey, who has had a front-row seat to this historic candidate filing period in Texas.

For those who have made New Year’s resolutions related to fitness, Joanna O’Leary has an inspiring piece about SoulCycle, which is much more than just a spin studio. And Marene Gustin notes that if you love seafood and parades, Galveston is the place to be in January and February.

Finally, returning to our theme for this issue, “Out for Change,” note that the deadline to register to vote in the March 6 primaries is February 5. For more info, visit VoteTexas.gov/register-to-vote.