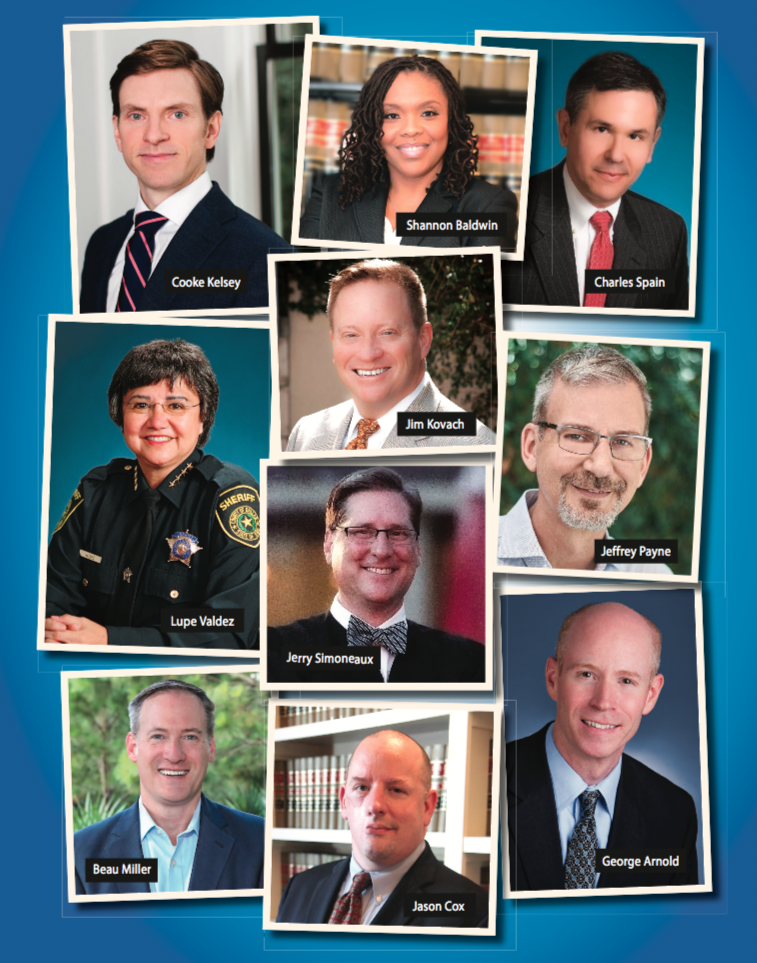 Editor’s Note: This article has been updated with additional LGBTQ candidates who did not appear in the original version.

With equality under attack by the Trump administration and the Texas Legislature, LGBTQ candidates across the state are lining up to fight back.

A record of at least 53 openly LGBTQ people are running for public office in Texas in 2018, according to an extensive review by OutSmart. That’s roughly three times as many as in any previous election cycle in the state’s history.

The unprecedented field of LGBTQ candidates includes two for governor, one for Texas Supreme Court, three for Texas Senate, 11 for Texas House, eight for  Congress, and dozens for various judicial seats.

Twenty-nine of the LGBTQ candidates are male, and 25 are female. Eight are transgender, three are African-American, eight are Hispanic, and one is Asian-American. Six are incumbents who are among the state’s 18 current LGBTQ elected and appointed officials.

“I think for many, the motivation to run is in sync with the adage, ‘If you’re not at the table, you’re on the menu,’” says Chuck Smith, CEO of Equality Texas, the statewide LGBTQ advocacy group. “We have recently been witnessing a continuous assault on our rights and freedoms. It is only by raising our voices and securing our ‘place at the table’ that we can ensure our constitutional rights to equal protection under the law are preserved.”

All but five of the LGBTQ candidates in Texas are running as Democrats. Kerry Douglas McKennon is running for lieutenant governor as a Libertarian. Republican Shannon McClendon is challenging anti-LGBTQ incumbent state senator Donna Campbell (R-New Braunfels) in the District 25 Republican primary. Republican Mauro Garza is running for the Congressional District 21 seat being vacated by U.S. Rep. Lamar Smith (R-San Antonio). New Hope mayor Jess Herbst, the state’s only trans elected official, is seeking re-election in a nonpartisan race. And Bobby Levinski is running for Austin City Council, also in a non-partisan race.

“People know we have to do something,” Valdez says. “Last year, people thought there was no way that Trump could be elected. Now, they realize they have to get involved, or else that portion of the electorate that is closed-minded and conservative will remain in power.”

One gay candidate for governor, Democrat Jeffrey Payne, became the subject of national media attention due in part to his status as the owner of a leather bar in Dallas. Then an out lesbian Democrat, longtime Dallas County sheriff Lupe Valdez, joined Payne in the governor’s race.

“The fact that in the State of Texas, a gay man and a lesbian can seek the highest office in the state is amazing, and shows how far we have come as a society,” Payne said in response to Valdez’s announcement. “This is a proud moment in Texas history, as far as I see it.”

The gubernatorial race is one of at least two in which openly LGBTQ canidates will face each other in the Democratic primary. The other is Congressional District 27, where gay candidate Eric Holguin and trans woman Vanessa Edwards Foster are among a slew of Democrats who have filed to run for the seat being vacated by U.S.representative Blake Farenthold (R-Corpus Christi).

Despite the record number of out contenders, some candidates chose to not be publicly identified as members of the LGBTQ community.

“This time around, I’m not running that kind of race, so I don’t have a place for the gay agenda, and I don’t want to participate,” one county-level candidate wrote in response to an inquiry from OutSmart. “In a year and a half, I may be running for another office, and we can talk then.”

Another LGBTQ candidate running in a conservative area said he was honored by the offer to be featured in OutSmart.

“However, I’m not sure if I want to address that issue publicly, because I haven’t totally addressed it privately,” the candidate wrote.

Roughly one-third of the state’s openly LGBTQ candidates are from Harris County.

“I haven’t felt this excited about change since 2008, when I dropped everything to work on the first Obama campaign,” says Cooke Kelsey, who is running for judge in Harris County’s 113th District. “Annise Parker opened the door for us, and I’m honored to have her endorsement. But as recent cases show, our issues are still front and center. We owe it to ourselves to keep running and help bring Texas into the modern era.”

Below is a complete list of known openly LGBTQ candidates in Texas, including the office sought and the person’s city of residence.