Out For Education among nation’s largest funders of LGBTQ scholarships.

As the saying goes, “The best time to plant a tree is 20 years ago.” The problem is, few of us had the vision to do so.

In 1998, two Houston organizations, PFLAG and HATCH, began working together to provide scholarships to LGBTQ youth. Then in 2013, the PFLAG/HATCH Youth Scholarship Foundation became known as Out for Education, which today is one of the largest funders of LGBTQ scholarships in the U.S.

Board president Sallie Wyatt-Woodell explains that the group’s previous name was a mouthful, and Out for Education captures its essence more effectively. “Simply stated, we are out. We are for education. We are ‘Out for Education,’” says Wyatt-Woodell, who served as female grand marshal of Houston Pride in 2017. 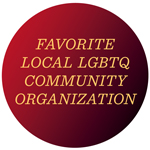 Out for Education provides financial assistance to LGBTQ youth from the Houston and Harris County area and to non-local youth who are attending colleges or universities in Houston. Although it’s still a relatively young agency, it has managed to grant more than $1.4 million to date.

Board member Jordan Mills attended the University of Houston and, thanks to Out for Education, was able to study pre-law. “I would not have been able to afford college without the help,” Mills says. “Not only that, but Out for Education provided me with emotional support, and lots of friends. They nurtured my confidence, and I consider myself very blessed to have been a part of them. My way of giving back is to sit on the board and help others in the same way.”

Out for Education has awarded scholarships to students from 68 high schools, who’ve attended 58 colleges and universities in 16 states. Scholarship recipients most commonly attend the University of Houston, the University of Texas, Houston Community College, and Lone Star College.

How does the agency raise the funds it distributes? “Every year, we apply to various nonprofit agencies and for-profit corporations,” Wyatt-Woodell says. “If chosen, Out for Education receives money raised by the organizations at their fundraisers. In return, Out for Education volunteers at their events, and promotes and attends them as well. Some of our past benefactors include OutReach United, Frost Foundation, Hollyfield Foundation, Bunnies on the Bayou, New York Life, the Diana Foundation, OutSmart magazine, and many others. We also receive generous help from individuals who donate every year, or through endowed scholarships.”

Out for Education is remarkable in many ways. The agency is 100 percent volunteer-based.  No one on the board receives a salary, and 99.99 percent of all money raised goes directly to student scholarships.

“We are all passionate about this organization, and we love watching the students thrive and grow,” Wyatt-Woodell says. “Our board members are very connected to Houston’s LGBTQ community. We network, use social media to reach out, and we encourage past and current scholarship recipients to do the same. Our success has been astounding and humbling. The Houston community has been so generous, and these kids are certainly worth it,” Wyatt-Woodell concludes.

Out for Education is planting trees every day through education, making the future of Houston’s LGBTQ landscape considerably more vital. —Kim Hogstrom

Bunnies on the Bayou
Finalists: The Diana Awards, Krewe of Olympus Ball, The Transgender Unity Banquet

Winner to be announced at Gayest & Greatest reception on
November 15
Finalists: Bunnies on the Bayou, The Diana Foundation, Krewe of Olympus, Montrose Center

Out For Education
Finalists: Bunnies on the Bayou, The Diana Foundation, Gay 10K, Houston Gaymers, Krewe of Olympus