After seeing our October 2017 issue saluting the LGBTQ heroes of Harvey, transgender advocate Hannah Simpson reached out to share her story.

Simpson, a New York-based writer and comedian, says she was in Austin for Pride when the storm slammed into Texas. After both Austin Pride and Simpson’s return flight were canceled, she volunteered for the Red Cross at a local shelter.

“A few days turned into over three weeks,” Simpson says. “The governor of Texas stopped by, I got a photo op and a chance to remind him that I’m a transgender woman serving his community. I told him I concern myself with humans being, not humans peeing. And I mostly just spent a lot of time clowning and playing with kids in the shelters.

Republican Gov. Greg Abbott, of course, has been a supporter of anti-trans “bathroom” legislation.

Simpson says her encounter with Abbott was “an unexpected bonus that I jumped upon” after she saw him greeting people at the shelter, where she did intake for evacuees in English and Spanish.

“I later joined the command center and did data management and welcoming for new walk-in volunteers, worked on the disability integration team, and served on a mobile feeding canteen truck,” Simpson says. “I met a few transgender evacuees in the shelter, and did my best to remind them they were seen, just like everyone else. Our identities don’t just wash away with the rains or high water.

“I am staying involved with the Red Cross now that I’m back in New York, and I think other trans people should step up too,” she adds.

More photos from Simpson’s time at the shelter below. 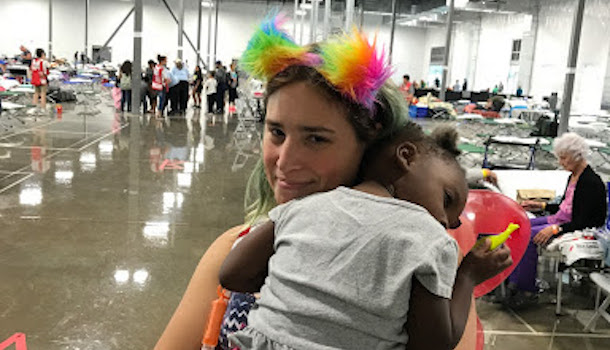 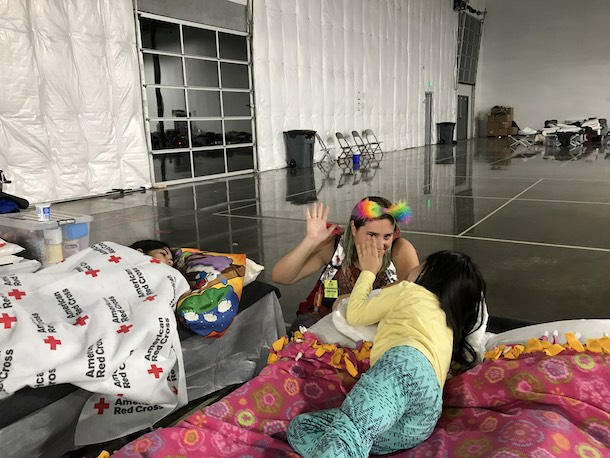 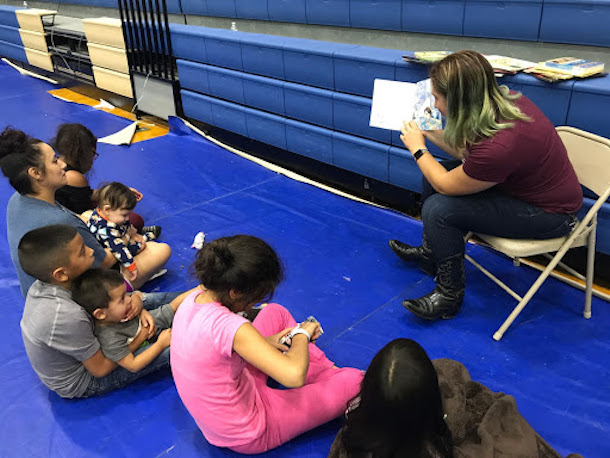