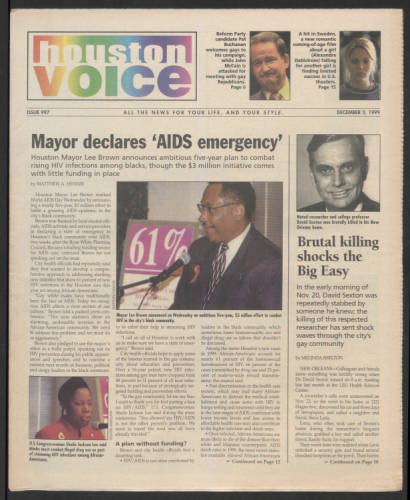 More than 30 years of Houston LGBTQ history is being brought to the Internet through an ambitious new project of the Gulf Coast Archive and Museum (GCAM). In a joint effort with the LGBT History Research Collection at the University of Houston (UH), GCAM is making digitized copies of the weekly Houston Voice available to the public.

Over the last 20 years, GCAM has accomplished the impressive feat of locating every issue of the Voice. The newspaper was published under a variety of names—The Montrose Voice, The New Voice, and the Houston Voice—from 1980 through 2014, with numerous incarnations and publishers. 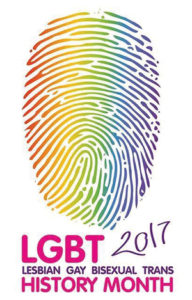 GCAM is loaning its collection to UH, which has scanners that can digitize pages as high-resolution images. These digitized images will be accessible through both the GCAM and UH websites. Physical copies of the newspapers will be returned to GCAM.

The scanners are also capable of reading text through optical character recognition, allowing for articles to show up in web search engines. “It’s part of our mission to make Houston’s LGBT history easily accessible to the public,” says Ty Burns, GCAM’s executive director.

Until now, researchers have had to go through issues of the Voice manually to find information. This requires considerable effort and exposes the issues to the physical effects of handling. Many issues in the collection are already yellowed from age and becoming more fragile. The digitization project will permanently preserve the content of the Voice, unaffected by aging. Research time will be a fraction of what it has been, and won’t require trips to GCAM headquarters.

This project opens up a wealth of Houston LGBTQ history. The Voice was the only publication that printed detailed news about local events. This Week in Texas included only news capsules, and OutSmart has always been feature-oriented.

Whitney Cox, an adjunct professor at UH, facilitated the collaboration between GCAM and UH. Cox has been going through copies of the Voice at the GCAM archive for a research paper. She was aware of the UH scanning capabilities and connected the two entities. Burns says both groups felt the joint effort was “a natural fit.”

GCAM has delivered 85 boxes to UH to be digitized. The first wave of 266 issues of the Voice can be accessed at http://digital.lib.uh.edu/collection/montrose.