A Houston-based designer will launch its Fall/Winter collection of androgynous clothing for non-binary people on Saturday night, Oct. 21.

Killer Summer will showcase its prototypes at an art-opening-style party at the Silos at Sawyer Yards at 7 p.m. The brand’s co-founder, Traci Donatto, says  Killer Summer speaks to the non-binary experience.

“For us, that means designing only androgynous clothing that can be worn by men, women, and everyone in between.” Donatto says. “The brand exists to provide a platform and space for those who have been othered or ostracized by the limitations of a binary society.”

In early 2017, Donatto came out as a queer woman. After having trouble finding clothing that reflected her gender fluidity, she approached her friend, Matthew Tilley. Tilley suggested that they use the name Killer Summer, the handle on his social media accounts, and within a month they had a full concept for their brand.

Killer Summer’s mission is to represent all marginalized communities. Along with the in-house apparel that Tilley designs, Killer Summer collaborates with artists who are female, queer, and/or people of color. This season, the brand is working with artist Janie Eldridge, a trans woman who created the original artwork for the Queen Tee series, and Traci Lavois Thiebaud, who has contributed her poetry for the Pocket  Poem Tee series. 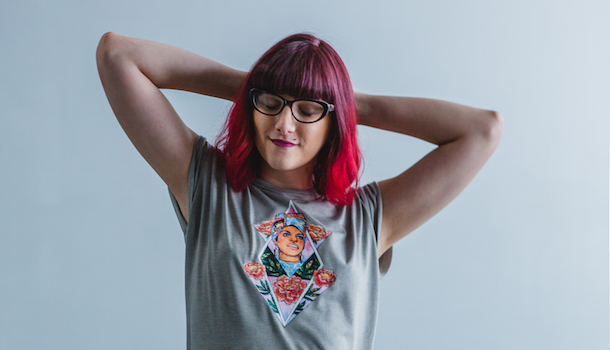 Killer Summer’s models are either on the queer spectrum, people of color, or openly professed allies of those communities. At the launch, the models will talk about the need for Killer Summer and why they got involved.

“It is very important to us that we represent the communities that we aim to serve,” Donatto says. “We are members of them, we love them, and we could not do this without them.” 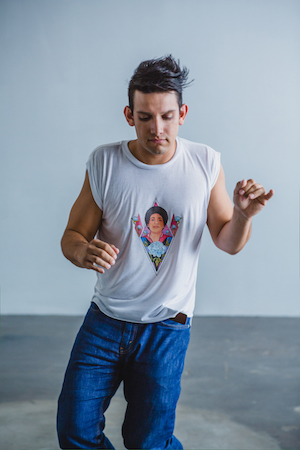 In 2018, Donatto plans to open Mutineer, an online retailer that will sell Killer Summer alongside other brands from across the globe designed by women, queer people, and people of color. She says the goal is to have a well-rounded retail operating system that offers apparel, accessories, homewares, and toiletries.

Brands that will be sold alongside Killer Summer include Kirrin & Finch, menswear-inspired clothing made for women, trans and non-binary people; Nik Kacy, a gender-neutral footwear line; and Playout Underwear, a gender-neutral underwear collection.

“Folks who have a hard time getting a leg up in the white-male-dominated corporate America will be front and center in Mutineer,” Donatto says. “It will exist to be the one-stop shop for our communities.”

Once both projects take off, Killer Summer and Mutineer will occupy a shared physical multi-modal space in Houston that houses designers, hosts curated art exhibitions, and provides rotating artist residencies. Donatto says Killer Summer’s launch party is the first step in building the infrastructure to support the non-binary artistic experience in every medium possible.

Saturday’s kickoff will be a casual, house party-style gathering inside a gallery space. It will have an open bar with a special craft cocktail menu designed for the opening by native Houstonian and lesbian co-owner of Osmo’s Daughter Brewing Company.

“Our launch is going to be the physical embodiment of the creative vibe of the brand,” Donatto says. “Gritty, unapologetic, and fierce.”