Lady, Be Good! tells the story of a penniless brother (Danny Gardner) and sister (Patti Murin) who crash a garden party in hopes of some quick nourishment. They resolve to marry for money, but love gets in the way. Before true love wins out, they encounter gangsters, crooked lawyers, wealthy socialites, and a song-and-dance man with fascinating rhythm (openly gay Tommy Tune). The 1924 musical embodies the madcap spirit of the Roaring Twenties, when George and Ira Gershwin’s first hit collaboration ushered in the Golden Age of American musical comedy. The 2015 show, which ran for seven performances from February 4 to 8, was directed by Mark Brokaw and choreographed by Randy Skinner. Most of Lady, Be Good!’s original orchestrations disappeared long ago. Encores! reconstructed the original score. Available November 13. Ghostlight Records (sh-k-boom.com/ladybegood). —Troy Carrington 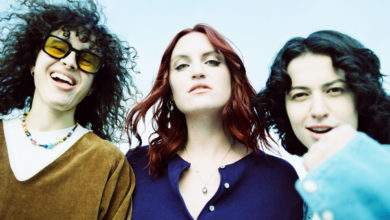