NLGJA’s Excellence in Journalism Awards were established in 1993 to foster, recognize and reward excellence in journalism on issues related to the LGBT community. In addition to Journalist of the Year and the Sarah Pettit Memorial Award for Excellence in LGBT Media, awards will be presented for excellence in news writing, feature writing, opinion writing, local television, network television, radio, online, HIV/AIDS and student journalism.

The 2012 Journalist of the Year is Steven W. Thrasher, a staff writer for the Village Voice and writer for the New York Times and Out. Whether it is about multigenerational gay families, a homeless shelter for LGBT youth, or a controversial political dynasty involved in New York’s same-sex marriage battles, Thrasher’s work succeeds at being interesting and unexpected. A keen interviewer and beautiful writer, his willingness to move beyond the usual in covering LGBT lives hit its peak this year.

This year’s Sarah Pettit LGBT Journalist of the Year Award goes to Chris Geidner, former political editor at Metro Weekly, starting July 16 as senior political reporter at BuzzFeed.  Geidner was the go-to voice for important news stories in Washington, D.C., covering the White House, Supreme Court, and Justice Department.  His sober and intelligent writing thoroughly explains some of the most important political stories of the year, quickly becoming one of the attributed LGBT journalists online and in the mainstream press.

“It was another outstanding year for quality journalism reporting on LGBT issues and lives.  The 30th Anniversary of the beginning of the AIDS crisis brought outstanding work from KQED and CNN, while Cary Aspirnwall’s story of a transgender teen in the Tulsa World shined a light on transgender lives in an unusual place. Judges were especially impressed with the work of Jim Burroway of Box Turtle Bulletin, who took citizen journalism to a new level with his coverage of Geoege Reker’s experiment in uncovering what makes little boys gay and its impact on one particular man,” says David Steinberg , NLGJA’s National Board President. “NLGJA’s excellence in journalism awards recognize a variety of media and journalists who exemplify NLGJA’s commitment to fair and accurate coverage of LGBT issues.”

NLGJA Journalist of the Year

Third Place: State of the Re:Union, “Laramie After Matthew Shepard”

First Place: Jim Burroway, Box Turtle Bulletin, “What Are Little Boys Made of”

Awards will be presented at the UNITY 2012 Convention NLGJA Awards Reception, August 3, 2012 in Las Vegas.  For more information on the convention, visit nlgja.org/unity/ 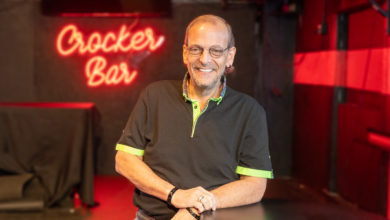