NORTHAMPTON, Mass. – About six years ago, Cuban artist Eduardo Hernández Santos was walking in a section of Havana near what’s known as the Malecón, a five-mile seafront wall and esplanade that stretches along the Caribbean coastline from Old to Central Havana. It’s a popular place, he says, for people to relax and socialize, and to escape the tropical heat and the crowded apartments that many share in Cuba’s capital.

One night, Santos found himself in a two-block section along the wall that was distinctly different: It was a regular gathering place for gay, lesbian, bisexual and transgender Cubans who, he says, felt empowered in that setting to express themselves without reservation, in the face of a conservative society that had mostly ostracized them. Suddenly, Santos recalls, he felt he had to do something more than be an observer: “I had to document this.”

In his photo exhibit, “El Muro” (The Wall), on display at the Smith College Museum of Art through Nov. 2, Santos has done just that. The photos, purchased by the college in the past year and exhibited publicly for the first time in the United States, consist of 10 large-scale black-and-white portraits of the people Santos came to know in 2005. Shot entirely at night with a flash, the luminous images- of homosexuals, cross-dressers, transgenders- are presented as triptychs, with each portrait flanked by images of the sea wall, on which Santos has superimposed text from Cuban writer Virgilio Pinera.

The photos have impressed critics in Cuba and several other countries; some see the backdrop of the sea wall as a metaphor for a societal barrier that many non-straight people face. As Professor Anca Cristofovici of the University of Caen, France, wrote, “It is such invisible walls that Eduardo Hernández Santos’ powerful work brings into visibility. His act of courage and his artistic accomplishment should be hailed by the community of human beings throughout the world.”

The photos have a local connection: Santos, a professor of drawing and printmaking at San Alejandro School of Fine Arts in Havana, is currently a visiting artist at Hampshire College in Amherst, invited at the request of film and photography professor Jacqueline Hayden, who helps administer the college’s study-abroad program in Cuba. Hayden and her husband, bookmaker Steve Daiber, met Santos about three years ago in Cuba and fell in love with his work.

Through his Florence-based business, Red Trillium Press, Daiber has produced a bound version of the El Muro photographs. He says he was struck not only by the unique physical presentation of Santos’ photos- they were printed on outdated paper, with “exhausted” chemistry, a function of a shortage of fresh materials in Cuba- but by the joy and determination that his subjects radiate.

“He really captures their spirit, their sense that they are not going to hide,” said Daiber in a recent interview at the Smith College exhibit, where he was joined by Santos. The portraits, Daiber writes in a description in his book, show “a historical underclass emerging from hiding to contest efforts to control their lifestyle.”

Santos, who was born in 1966, explained through an interpreter that he spent several months in 2005 getting to know the people who gathered at night along this section of the Malecón. He approached the project a bit like an anthropologist, he noted, wanting to record “this moment in time,” but also wanting to show something of the spirit his subjects projected.

“They knew they were being photographed, and they were proud of that,” he said. People who otherwise might be cautious about expressing their sexuality, he added, “were not afraid to be who they were when they came out here at night.”

The images, all shot against a dense black backdrop- much of Havana tends to be underlit at night, due to electricity shortages- include some straight-on portraits, like the one Santos calls his favorite, “Marilyn & Manson,” two women who are adorned in leather, body piercings and rings. In another, a woman flaunts her rear end as she dances, in high heels, on top of the wall, while people near her laugh.

The text that Santos added to the accompanying photos of the sea wall is drawn from the extended poem “La Isla en Peso” (The Whole Island) by Virgilio Pinera (1912-1979). Santos uses the poem’s theme- isolation- as a metaphor for the ways in which the gay community can feel trapped. The poem begins with the line, “The curse of being completely surrounded by water/condemns me to this cafe table.”

Santos also added small groups of letters and abbreviations to some of the seawall pictures, with the letters representing a shorthand version of vulgar and derogatory terms in Spanish for gays.

Aprile Gallant, the Smith art museum’s curator of prints, drawings and photographs, says she discovered Santos’ work last year when she was visiting with Daiber and Hayden and they showed her the photos. “I felt this was something the college really should have,” she said, noting that Smith bought the pictures through a fund established in 2002 to support programs at the school that examine civil liberties and freedom of expression.

“Then when I heard Eduardo was going to be spending part of this fall at Hampshire College as an artist in residence, it was like the perfect storm,” Gallant added. “We decided to open the exhibit to coincide with his visit.”

Santos was mugged late one night in 2005 as he returned home from one of his shoots at the Malecón, and his camera, along with two rolls of film, was stolen. His project ended then and there, Daiber notes, “but what remains is really powerful.” 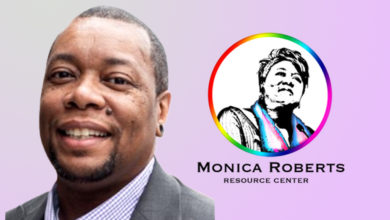