Hot Fun in the Summertime” kicked off with freshly bleached blond Rob Nash portraying some 26 characters in Freshman Year Sucks!, based on his own teenage angst, at Strake Jesuit College Preparatory in Sharpstown.

Travis Mader of the Queer Artist Collective (QuAC) shined solo as well in Off the Map: QuAC, Texas Pop. 7 at DiverseWorks.

Jaston Williams and Joe Sears celebrated the 4th of July with Red, White & Tuna, about a Tuna High School class reunion, at The Grand 1894 Opera House in Galveston.

Lilith Fair, a celebration of women in music, brought Sarah McLachlan, Natalie Merchant, Bonnie Raitt, Erykah Badu, Meredith Brooks, and Liz Phair to The Woodlands, along with Holly Cole, Ebba Forsberg, Rebekah, and Diana King on the side stage.

In Queer Science, Simon LeVay, Ph.D., author of The Sexual Brain, concluded “there’s something about being a gay man that is conducive to being a good professional dancer.” Ya think?

Updates from the 12th World AIDS Conference in Geneva were broadcast in a live, interactive video teleconference to Houston and 15 other U.S. cities. A week later, speakers from The Center for AIDS and the American Foundation for AIDS Research (AmFAR) spoke in Houston.

As the Red Dot Boys, local artists Rick Carpenter and Robert Ramos painted red dots 53 inches in diameter on some buildings in Houston, as they had done on barns and houses through much of the nation, with Ramos sometimes posing nude for a photograph of the finished work. In the July 1998 issue of OutSmart, Carpenter explained, “It started as an exhibitionist thing, to just take his clothes off in public, and he was stimulated by it, to be honest.”

Donalevan Maines wrote about the Tony Awards in the June issue of OutSmart magazine. 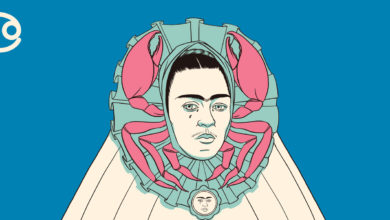 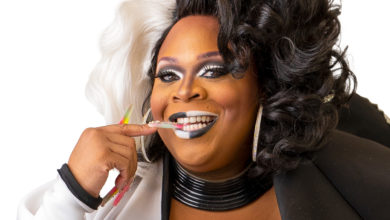