Chad Allen’s buttery-butch voice — and about those gay Republicans…

I can’t believe you interviewed my all-time, fantasy-love-of-my-life Chad Allen [“Many Crowns” by Blase DiStefano, September 2008] and didn’t even have the decency to let me listen in!!!! OMG!!! How cruel!

I read the article and LOVED it! Never realized he was “that” connected to his spiritual side. . . . It was a wonderful read and VERY personable, too. Thank you for sharing it with the rest of us (even if I didn’t get the chance to hear his   “buttery-butch” voice for myself!).

Many thanks for running the profile in your recent issue [“Everything Old Is New Again: Matthew Dirst leads the early music movement” by Marene Gustin, September 2008]. The article is well done, the picture [by Mark Hiebert] is nice, and it’s great publicity for our efforts at Ars Lyrica especially.

I appreciate OutSmart ‘s ongoing commitment to presenting political essays from the left and the right, but I feel it is important for GLBT readers to understand that the Republican Party platform specifically calls for a constitutional amendment to ban same-sex marriage. Although the Log Cabin Republicans have endorsed the McCain/Palin ticket for a number of reasons, they gloss over the fact that this is the stance of the Republican Party. It is important that every GLBT voter recognizes this when they go to the polls in November.

A MESSAGE TO SAMMON

I have a message for Patrick Sammon, executive director of the Log Cabin Republicans, following his organization’s endorsement of McCain/Palin and his prediction that “Senator McCain will receive strong support from gay and lesbian Americans.” While Sammon is right in stating, “LGBT people are not single-issue voters,” he also needs to recognize that we are not fools.

In 2000, Log Cabin told LGBT Americans to trust them that George W. Bush was a friend to the gay community. Bush received 23 percent of LGBT votes, possibly costing Al Gore the states of Florida and New Hampshire, and ushering in eight years of gays used as a political football kicked around by Bush and his right-wing allies.

In a recent press release, Sammon states, “Log Cabin’s endorsement of Sen. McCain will ensure our community has a strong voice making the case for gay rights to John McCain when he is President.” This statement is absurd. After endorsing Bush in 2000, Log Cabin had no “voice for gay rights” inside the White House. Why, Mr. Sammon, do you think you can hoodwink the gay community this time?

The gay community’s biggest fear is that a McCain/Palin Supreme Court could set our movement for equality back a generation. In a bewildering statement to The Advocate , Log Cabin’s Sammon dismisses this concern: “Every political analyst agrees that Democrats are going to have a margin of two, three, four, five, maybe even six or seven seats. So the fact is, Sen. McCain, if he’s elected, will have to pick mainstream, middle-of-the-road judges, or they’re simply not going to get confirmed.” It is unusual and unsettling to see the Log Cabin executive director admit that he’s counting on Democrats to have enough seats in the Senate to save LGBT people from his party and his candidate’s antigay judicial choices.

Nothing has excited the so-called “values voters” more than McCain’s running mate and septuagenarian heartbeat away from the presidency, Sarah Palin. As Kathryn Kolbert, president of People for the American Way, puts it, “Clearly the pick of an anti-choice, antigay, anti-science extremist wrapped in a folksy hockey-mom package has fired up the base in ways that even McCain’s pledge to pack the courts with right-wing judges has failed to do.”

Fiercely antigay Lou Sheldon of the Traditional Values Coalition is almost giddy talking about Palin: “I thought I died and went to heaven. The Coalition is planning a nationwide get-out-the-vote effort.”

James Dobson of Focus on the Family has gone from scorning McCain to enthusiastically endorsing McCain/Palin. A recent Focus mailer stresses the importance of electing McCain/Palin because of the gay and choice issues facing the Supreme Court: “Our next president will likely replace one or more Supreme Court Justices who will make decisions on issues like abortion, which is one vote away from overturning Roe v. Wade, and marriage, to protect traditional values, including the definition of marriage.”

A 2006 questionnaire from Phyllis Schlafly’s antigay Eagle Forum recorded Sarah Palin’s view of gay and lesbian couples: “I believe spousal benefits are reserved for married citizens as defined in our constitution (referring to the Alaska Constitution which banned recognition of gay unions in 1998).” In other words, no legal rights and benefits for gay and lesbian couples, ever.

Compare this to a recent Barack Obama Windows Media interview: “If elected, I would call on Congress to enact legislation that would repeal DOMA and ensure that over 1,100 federal legal rights and benefits currently provided on the basis of marital status are extended to same-sex couples in civil unions and other legally recognized unions.”

The McCain/Palin ticket is happy to watch the Log Cabin Republicans try to siphon off enough LGBT votes to help them win Florida, Ohio, Nevada, and a couple of other swing states. Should McCain/Palin be successful, they will be beholden 
to the 40 million so-called “values voters” who put them in office, and not the at most one million LGBT votes that Log Cabin is hoping for.

On issue after issue, McCain/Palin are wrong for America, but for gay rights, they would be a complete disaster. Do not be taken in by the Log Cabin Republicans’ fantasy that they will have influence on LGBT issues with a President McCain or, God forbid, a President Palin. Rather, James Dobson, Lou Sheldon, Phyllis Schlafly, and the other captains of America’s antigay industry will be the ones helping McCain/Palin make policy.

With their endorsement of McCain/Palin, Log Cabin has crawled into bed with the most homophobic groups in our nation. Obama versus McCain is a race between the most pro-gay and the most antigay presidential tickets in modern history. This year, vote as if your life depends on it. In many ways, it does. 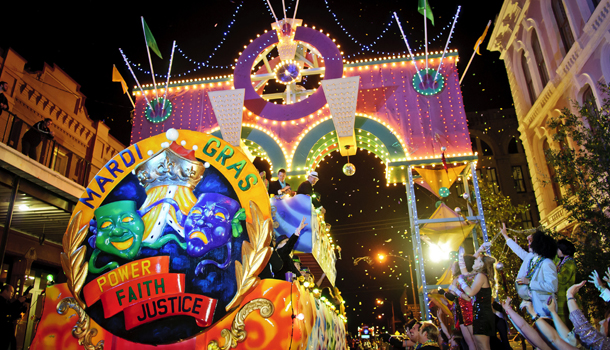