Ron Romanovsky
Turn Up the Fun!
The accordion whiz brings more of the same shtick: not so subtle political lyrics with repetitive music. Although pro-gay songs like “The Sanctity of Marriage” are sweet, they don’t dazzle enough to make this a worthy buy. Fresh Fruit Records (www.romanovskyandphillips.com). —Review: David Goldberg

Mary J. Blige
Growing Pains
“No pain, no gain.” That’s the message in her latest hip-hop-flavored R&B album. Blige uses strong lyrics and hip-hop to empower women with low self-esteem asking them to love themselves. The album features guest appearances from Ludacris and Usher. Blige, who is aware that the majority of her fans are gay, declares in an interview for The Advocate, “We’re all people at the end of the day.” Blige goes on to talk about her fans and explains her motivation for getting involved with AIDS organizations and awareness programs like Minority AIDS Project. Geffen Records (www.geffen.com). More: www.mjblige.com. —Preview: Andrea Rodricks

Goldfrapp
Seventh Tree
Goldfrapp’s fourth record sheds the effervescence of earlier albums for a swirly, “Strawberry Fields” effect. Don’t listen to this at the club; wait till the next morning while beating a hangover. Its relaxed sound is more Sarah McLachlan than Scissor Sisters. The third track is titled “Happiness.” How fitting, as it is all Goldfrapp has ever given us. Available February 26 from Mute (www.mute.com). —Review: David Goldberg

Olivia Newton-John
Olivia’s Live Hits
Has it really been four decades? Seems like only yesterday we were grooving to “You’re the One That I Want” and stair-stepping to “Physical.” With a voice that suited both country-pop and soft rock ONJ made a smooth transition to a successful pop singer. The CD features live performances of 10 hits including songs from Grease and Xanadu. Her feats include reaching mega stardom as a singer and actress and being a spokesperson for breast cancer awareness. From Capitol/EMI (www.capitolrecords.com). More: www.olivianewton-john.com. —Preview: Andrea Rodricks

Andrea Marcovicci
Andrea Marcovicci Sings Rodgers & Hart
Readers who know the willowy Marcovicci from TV guest shots in the 70s and 80s may not realize that she is a cabaret star. Her recording of the songs of the brilliant but sadly closeted Lorenz Hart and the pre-Hammerstein Richard Rodgers is a good introduction. Tracks include less familiar gems, among them the wicked “Ev’rything I’ve Got,” which features the lyric “There’s a trick with a knife I’m learning to do.” That’s a long way from “Climb Ev’ry Mountain.” Andreasongs (www.marcovicci.com). —Review: T.B. 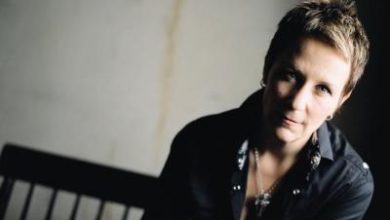