Local Davis Mendoza Darusman was tired of waiting for media programming he could relate to as a pansexual man. If no one was going to make an LGBTQ reality dating show, he decided, “I’ll just do this myself!”

Panning for Love, a new LGBTQ reality dating show set in Houston, will close out Pride Month on August 4 at the DeLUXE Theater. A portion of ticket proceeds will go to the Montrose Center.

“I would love for this show to kickstart the revolution of more queer programming on television and in the media,” says Darusman, the show’s executive producer and host.

The pilot will feature LGBTQ contestants who go on a series of speed dates to find love.

At the end of the pilot episode, audiences will get to ask contestants questions about their experience, and watch the participants ask the person they like out on a second date. If any of the contestants get rejected, audiences can vote to bring back one person on a future episode, giving them another chance to find love.

Parts of the Q&A and confessions will be taped, edited, and sent to streaming platforms. Darusman hopes to turn the pilot into an episodic series.

Darusman created Panning for Love to shine a spotlight on queer romance and show how beautiful—and awkward—first dates in the LGBTQ community can be. In addition, he wanted to avoid producing a mainstream reality show that only had one season or episode with LGBTQ contestants.

Darusman also produced Panning for Love to show his parents what it means to be pansexual.

“I always felt that my sexuality is a big part of who I am, but it was hard for me to explain pansexuality as a married person. [So Panning for Love can] show them what it’s like to be queer in the dating world.”

He graduated from the University of Houston in 2019 with a bachelor’s degree in corporate communication. As a student, he served as vice president of the Student Government Association and as station director for Coog Radio.

While on the Student Program Board he created and hosted several events, including HoustonFest, a music festival featuring local musicians and artists across several stages.

Darusman also connected with the local LGBTQ community by participating in the UH LGBTQ Alumni Association’s Pride float, throwing beads and basking in the love everybody had to offer. In 2019, he won a UH Center for Student Involvement’s Legacy Award, which is considered the highest honor given to student leaders.

Using what he learned at UH, he created Panning for Love as a tribute to Houston’s LGBTQ community. “The show is a love letter to the queer community, but also to Houston—because of how warm and welcoming everyone is in the community,” he notes. 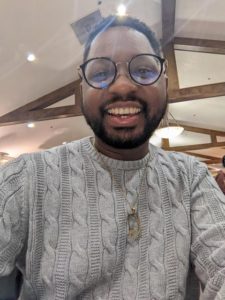 From: Houston
Gender/Sexuality: Cisgender male, but as a teacher, I’ve grown accustomed to all gender pronouns and will respond to anything. My sexuality is pretty solidly gay, with occasional dips into “graysexual.”
Job: High school math teacher
Why did you agree to participate in Panning for Love? I love trying new things, and I like to keep an open mind when it comes to building relationships and getting to know people.
What kind of person are you looking for? This feels like a question I’d get on Grindr! I believe I want somebody who I can sit comfortably in silence with, who asks me random questions and is genuinely interested in my answers, who is also willing to try things. I could go on about this for a while because I’ve had far too much reflection time recently!
Social Media: IG is @mylespadthai 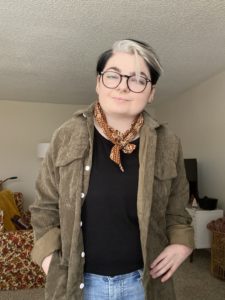 From: Groves, Texas
Gender/Sexual Identity: Nonbinary andPansexual/Bisexual
Job: I have a bachelor’s in American Sign Language and work at a vegan café and store.
Why did you agree to participate in Panning for Love? I’ve always wanted to participate in a show, and a friend of mine from college sent me the application. I’m young and looking for something special, and it’s better to try something than wonder if I missed out on an opportunity.
What kind of person are you looking for? I’m looking for someone I can always laugh with and who loves me for me. And we [should be able to] motivate each other to be our own people.
Social media: IG @alexwhitney and Twitter @OneThumbAlex 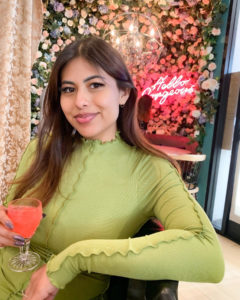 From: Houston
Gender/Sexual Identity: Female and Pansexual
Job: Former teacher looking for a career change in fashion
Why did you agree to participate in Panning for Love? A contestant dropped out, and my sister who was working audio asked me to fill in.
What kind of person are you looking for? I am looking for someone who is confident, a good communicator, holds similar values, active, driven, practices self-care, dresses well, drinks responsibly, and enjoys going out to events.
Social media: IG @jess_mttzz 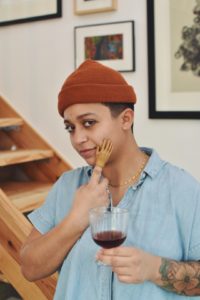 From: Alief (Houston)
Gender/Sexuality: Nonbinary/Transgender and Pansexual
Job: Server, balancing too many tasks at once
Why did you agree to participate in Panning for Love? I was really interested in being a part of a queer dating experience that was inclusive of gender-nonconforming people. Plus, swiping for people online was kind of boring to me. So when this was presented to me I thought it’d be, at the very least, entertaining.
What kind of person are you looking for? I’m looking for a person that is familiar with polyamory and the dynamics that come with that, as well as someone that I naturally connect with and has a strong sense of emotional maturity. Also, funny and hot, because I am unfortunately a bit vain.
Social media: IG and Twitter @coldchilicheese