As Laisha LaRue built her chosen family, she kept a keen eye on the performers who she felt were worthy of the LaRue name—or, as they call themselves, the LaRue Legacy.

Totaling 11 members, Laisha describes the group as being over-the-top showgirls. And she knows what she’s talking about. Ever since she found the bright lights of the stage, she knew drag was something she wanted to do.

“I feel like I always liked the spotlight. I liked entertaining, making people laugh, and making people feel what I am feeling. It is about connecting with people and getting them to feel the same vibe,” she says.

That energy is what attracted others to her tribe. She welcomed her first daughter in 2012, and the rest has been history. Yet, she’s been careful in the way that she has expanded her crew, because building a drag family is more than just increasing the quantity. It also requires attention to the quality of each family member to make sure that the LaRue name remains among the most prestigious in the Houston area.

“To me, when you see a potential daughter, you also have to make sure that we talk and click and have a connection. If you don’t have that spark, it’s not going to work,” she adds. She is slow to engage with potential new members as she  watches them with a careful eye.

“I don’t choose them randomly. Everyone has a special place in my heart, and they all have a different meaning. They represent themselves, but they also represent the family. I am so proud of each of them and what they offer,” Laisha says.

With nearly a dozen members in the LaRue Legacy who are spread as far as Chicago and Las Vegas, the connections can get stretched. But Laisha makes it a point to keep everyone connected and in touch with each other via a group chat, so that each daughter knows what is happening with the other family members.

Being a member of the LaRue Legacy is an honor because Laisha has made a name for herself in the drag world—thanks to both her performances and her sewing skills. In fact, her work as a seamstress has become a hallmark of the Houston drag scene.

“I make pretty much everything that I wear. Whenever we have a LaRue Takeover, I make sure we all have the same fabric and the same look. It is coordinated so that we look cohesive,” she explains.

But it is not just sparkles and glitter for LaRue. Sometimes being a mother to a drag family requires being the disciplinarian who wrangles her children together. “All families have issues. They are not perfect. We will not always agree. But we make sure that we come together. At the end of the day, you must talk. Communication is key. I always make sure that I talk to both Person A and Person B so that we do not have any misunderstandings. But at the end of the day, we love each other, and that is what makes us who we are.”

Through it all, the LaRue Legacy is a microcosm of the many different facets of the LGBTQ community. “I feel like Pride Month is more than just being proud of who I am. We have so many people in the LGBTQ community. We all identify differently, and we can be the family that helps each other. There are times when we all need help, but we are all united as a family, and we all have each other’s back.”

As we have gotten to know the story of Laisha LaRue and the LaRue Legacy, OutSmart thought it would be fun to learn more about some of the other LaRue family members. They’re classy, sassy, and oftentimes brassy. Read on to find out just how tight their family bonds are. 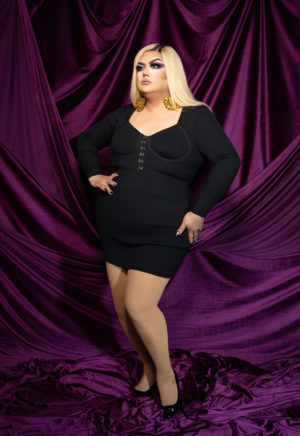 Pronouns: He/Him as a boy, and She/Her as Laisha.
Number of years in the LaRue Legacy: I have been in the drag industry since 2010.

“I am such a very proud mother! I am very proud to say that all of us bring an absolutely different aspect to the family and we all complete each other. Being a LaRue is not just becoming a performer and getting onstage. We’re a family, and we are so proud to be representing Layla LaRue, one of the most important and influential names in the industry. We have been under her wing, and when she gave us her blessing she said, “Do not embarrass me!” And here we are, working hard to be the best we can!” 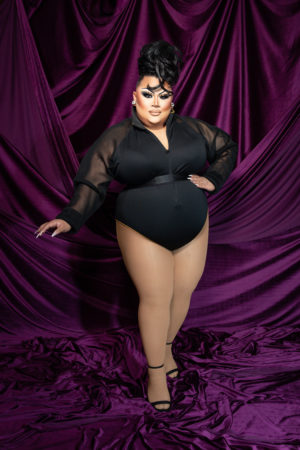 Pronouns: He/Him
Number of years in the LaRue Legacy: Two and a half years

“I have a strong personal connection with this family that reaches beyond the stage. I can relate to them in times of need, and I know I’ll have their support 100 percent, no matter what. I get to embrace my Latin roots with pride and share my talent through this legacy.” 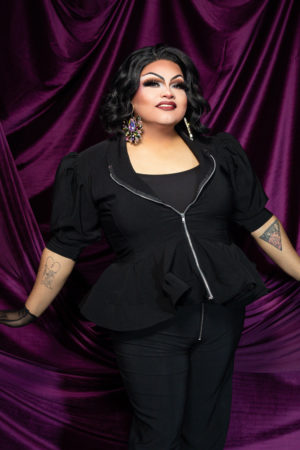 Pronouns: She/Her in drag, He/Him out of drag
Number of years in the LaRue Legacy: Two

“We all have something that makes us unique, and we are able to celebrate that. The most beautiful part is the support we give each other. We’re more than a drag family, we are a chosen family.” 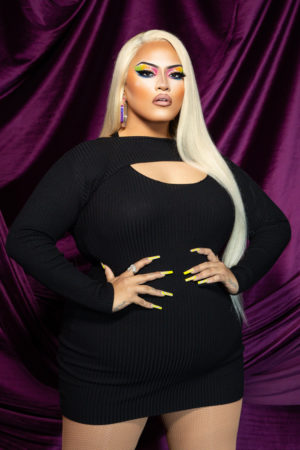 Pronouns: She/Her
Number of years in the LaRue Legacy: Five

“I am part of one of the most diverse families I know. It means I am part of a family who is accepting and understanding. It means unconditional love, even on days when we might not like each other. At the end of the day, we are our chosen family, and we will always have one another!” 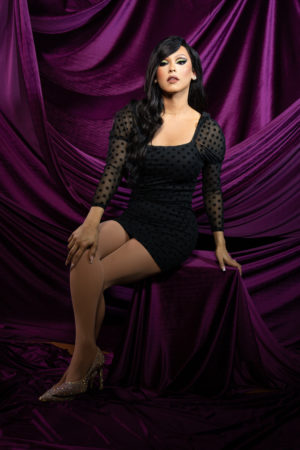 Pronouns: She/Her while in drag
Number of years in the LaRue Legacy: Less than a year

“They say that you become who you are by who you are surrounding yourself with. I’m surrounded and influenced by the hardest-working queens—my family—and what makes me proud is that each and every one of us is a unique queen in our own way. We each have our own individual style, persona, and different endeavors and shows around Houston, Chicago, and Las Vegas. We each have our own success, and that is truly what makes me proud of the LaRue Legacy.” 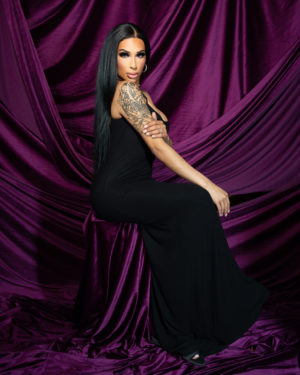 Pronouns: She/Her
Number of years in the LaRue Legacy: One and a half years and counting

“I’ve always dreamt of becoming a superstar since I was a kid. Now I’m finally around a whole bunch of friends that have the same dream, and we all get to achieve that dream as a family! It means the world to me.” 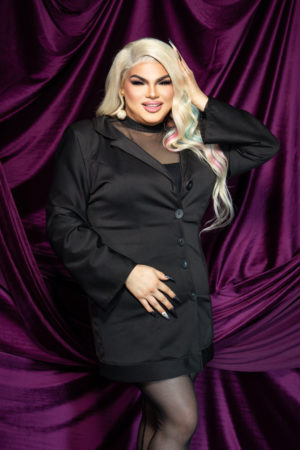 Pronouns: She, Her, Ma’am
Number of years in the LaRue Legacy: 11

“Our unity, our bond, our good times and bad times. It all makes me so proud to have the family that I am a part of. Being the very first daughter of our mother is actually one of the things I am the most proud of. Along with that, I’m so proud of my sisters and my own daughter. They’re all doing an amazing job keeping the LaRue Legacy at the top of everyone’s list.” 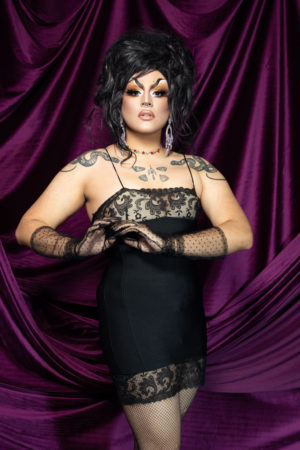 Pronouns: She/Her
Number of years in the LaRue Legacy: Almost a year

“I actually didn’t want to be in the LaRue family, as I had always been proud to not have a drag mother and do everything on my own. So when Laisha asked me to join, I was hesitant because of my pride and independence. But I’m so glad I joined because they welcomed me with open arms and helped me hone my craft.”