When a handful of queer folk started gathering for prayer meetings in a Houston apartment in 1972, marriage equality was a distant dream. Sodomy laws were on the books—and still being capriciously enforced in Texas. The American Psychiatric Association was still one year away from removing homosexuality from its list of mental illnesses. LGBTQ Houstonians sometimes lost their jobs and housing after being publicly outed.

It was into this world, at the dawn of the post-Stonewall civil rights era, that Resurrection Metropolitan Community Church (RMCC) was born.

In 1972, RMCC founding member Gregory Shelton was a student at Prairie View A&M University. He had been thrown out of both his family’s home and the Roman Catholic Church for being gay and unrepentant about it. In the university library, he discovered the book The Lord Is My Shepherd and He Knows I’m Gay by Rev. Troy Perry, who had founded the first MCC in Los Angeles in 1968. Encouraged by this book, Shelton began looking for gay-affirming church groups, a search that led him to the Houston prayer meetings. Having no car at the time, Shelton attended by hitchhiking or taking a bus from Prairie View.

Assisted by missionaries from Hope MCC in Dallas, this prayer meeting grew and, in 1974, started meeting in a former bicycle repair shop on Waugh Drive. In February of 1975, Resurrection became an official congregation of the MCC. Shelton was among the signers of the original charter and remains a church member to this day.

The young congregation endured the same police harassment that was common in the gay bars at the time. When the Ku Klux Klan learned of RMCC, they burned a cross outside the church and made threats on the life of the pastor. Since no help could be secured from the police, congregants formed their own security team.

Those early years were full of anxiety, Shelton notes. “We were scared at the beginning! They knew who you were, and sometimes you’d get abuse coming here.” Still the congregants summoned the courage to keep going. “Sometimes we had a sign-in sheet. [Those who] were afraid to sign in would use a pseudonym.”

RMCC’s current pastor, Rev. Elder Troy Treash, describes that era as Resurrection’s “sanctuary-oasis years.” Despite the dangers they encountered, it was nonetheless a place for queer people to gather for spiritual support and safety.

As the congregation grew in numbers, they kept outgrowing their rented spaces. In 1979, they were able to purchase a church building at 1919 Decatur Street near downtown Houston. The relationship between the growing church and the broader LGBTQ community is evidenced by a story from Iris Rodriguez, an RMCC member of over 25 years. She first learned of Resurrection from her friend Marion Coleman, the owner of Houston’s pioneering lesbian bar Kindred Spirits. “At the time—early 1980s—that bar was the community center for every lesbian in Houston,” Rodriguez says. Coleman asked Rodriguez to attend the various religious organizations around Houston, including RMCC. “It all started [for me] because there was a leader in our community who said, ‘We need to help our churches.’”

This sort of community connection became central to the overriding story of the 1980s and 1990s: the AIDS crisis. Annette Beall, another long-term member and former church-office employee, speaks of those years as a defining time for her. “Against all odds, the church has always shown compassion” she says. “I experienced the compassion of MCC when people had no one. People were not allowed to go to their partners’ funeral services. The families took that away from them.” Into that void, Resurrection served people whether or not they were church members.

Rev. Carolyn Mobley-Bowie was on the pastoral staff during the height of the AIDS crisis, and she echoes that sentiment. She conducted funerals and memorial services at multiple sites around Houston—people’s homes, the gay bars, and even down on the bayous. “I used to keep track, and I stopped after 100,” she says.

Relating to the church’s name, Rev. Mobley-Bowie says, “There’s a lot of church ritual that includes the words, ‘I am the resurrection and the life.’ At every funeral we said that. And so as we celebrated the life. We had to believe in the life beyond.”

Rev. Treash sees the AIDS crisis as a turning point in the church’s history. “The church shifted to being a more active voice, to make sure people were being taken care of—that shift from retreating to a sanctuary to engaging with the world on behalf of others.” 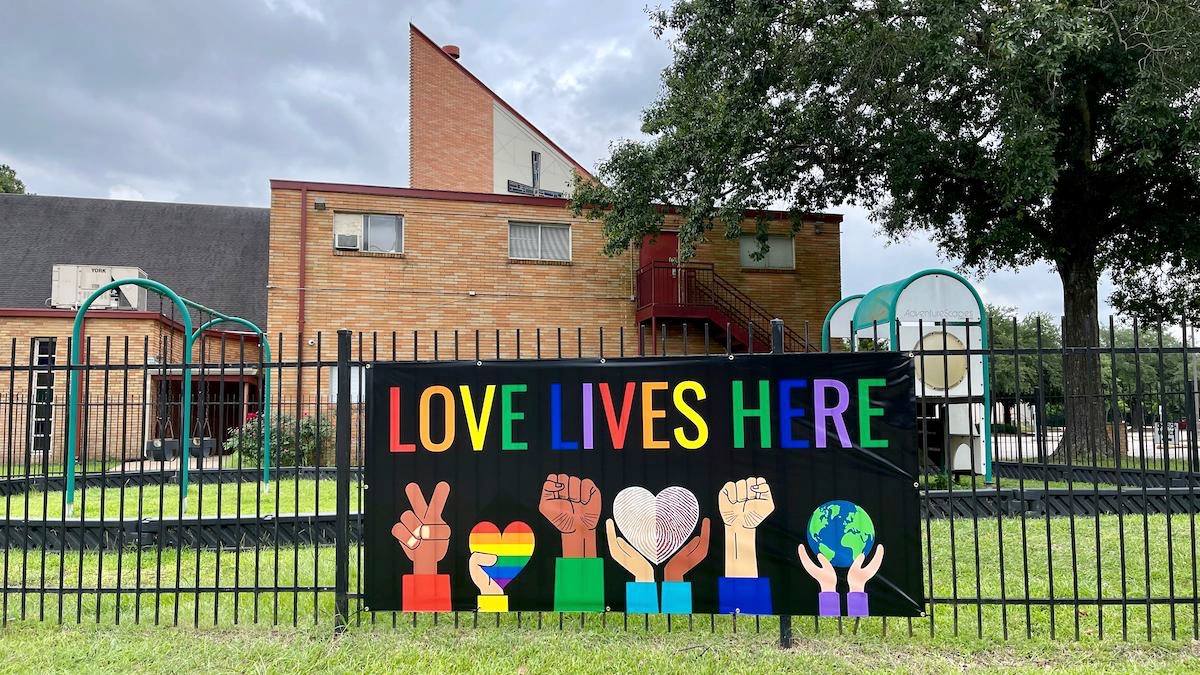 That shift to becoming a more outward-focused world-engaging congregation was greatly aided by RMCC’s move to its current location on 11th Street at T.C. Jester in the Heights. Having outgrown the Decatur building, the era of quietly gathering on a neighborhood side street ended when they moved to a very visible campus on a busy intersection. Rev. Elder Dwayne Johnson, the senior pastor at the time of the transition, says, “We were able to expand our voice in some important ways.”

Almost immediately, Resurrection began opening its doors to other community organizations for meeting space and events—whether spiritual, political, or celebratory.

But just one year after moving into their new space, Tropical Storm Allison severely flooded the church campus. The congregation responded without hesitation when they met the following Sunday for a “Work and Worship” day.

“We had a short service that Sunday, and then we immediately got to work,” Rev. Johnson recalls. “I saw the determination in their faces, the fire in their eyes.” He grows emotional as he tells the story. “When people think of ‘church,’ they think of looking a certain way and wearing certain clothes. I looked out and saw people wearing old work clothes and boots. To me, that’s church. How people showed up that Sunday was absolutely in their ‘Sunday best’—ready to work and love their neighbor.”

Over the next few weeks, two work teams were formed: one for the church campus, and the other to address the needs of congregants’ homes that were also damaged in the flood. That outreach project soon expanded to the homes of the congregants’ neighbors.

Resurrection MCC has been at the center of a number of ongoing social-justice battles. In the years leading up to the Supreme Court’s marriage-equality ruling, RMCC members and clergy would make annual protest appearances at Harris County’s downtown offices to ask for marriage licenses.

The church continues to be visible and vocal in response to the inevitable blowback to the advances in LGBTQ civil rights. They work to address issues such as sexual identity, non-hierarchical family relationships, or promoting non-colonial ways of being in the world—topics that are not always addressed by other churches.

“I would consider us a ‘justice’ church,” Rev. Treash says. “We are committed to anti-racist work. That’s a little more difficult for churches than [simply being a] ‘come feel good on Sunday morning’ place. We want you to come feel good, and be supported, and find a place of comfort, and be challenged to work to make the world a better place.”

Three major events are planned for the church’s 50th-anniversary celebration, whose theme will be “50 Years of Love in Action.”