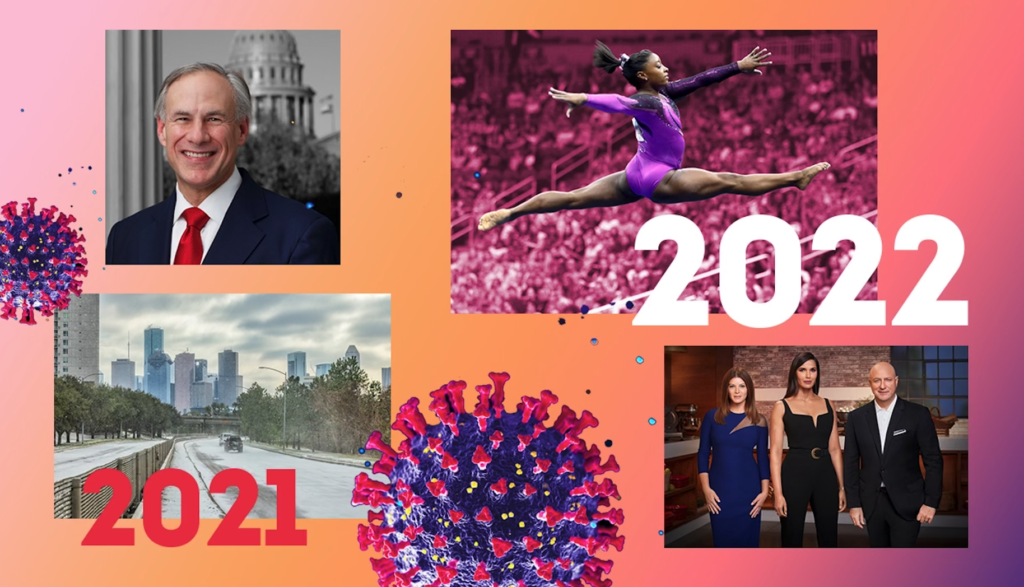 Houston had some especially high-highs and low-lows—and by low-lows, I mean temperatures. So bundle up and join me on my seventh annual list of things we’ll want to keep for the new year and things we need to leave in 2021. 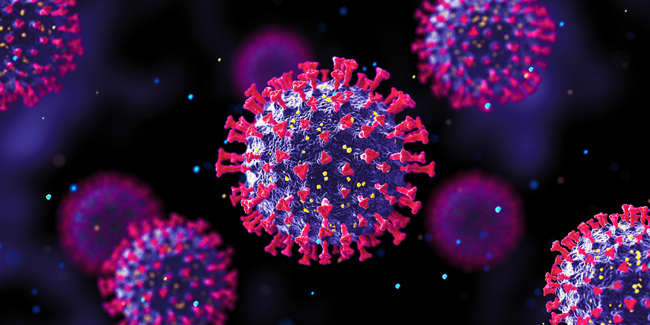 The last thing I need right now is another damn COVID variant! Remember when it was June 2021 and the CDC was all, “Yay! Take off your masks if you’re vaccinated!”

And then the CDC was all, “Just kidding, Delta is here, put ’em back on!”

And we were all, “Who’s Delta? The airline? Delta Burke? Delta Downs Racetrack, Resort & Casino?”

This back-and-forth with masks was enough to give a girl whiplash. It was the last thing I needed after losing (some) of my COVID weight in preparation for a sexy summer. Delta Downs? More like Delta Downer. So if there are any Charlene or Julia Sugarbaker variants out there, then no thank you! Please leave, OK? Byeeeee. 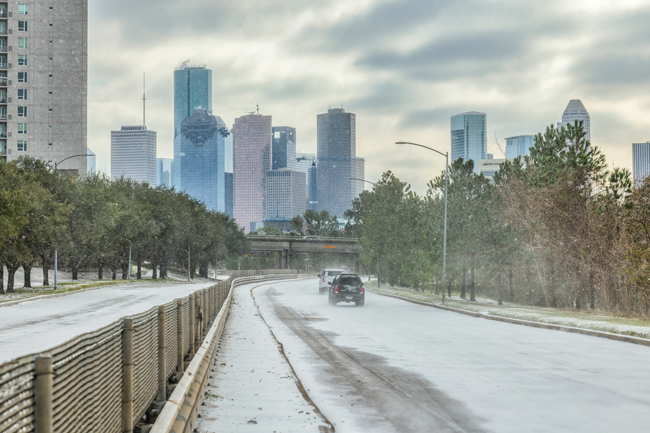 I remember growing up in Houston and praying for snow during the winter. I wanted to experience what I saw on television: winter wonderlands, sledding down a hill, making snowpeople (shout-out to ending the gender binary for people made of snow). Instead, all I ever got was humid Decembers and maybe one cold day in January when you could wear a sweater comfortably. Then 2021 came with the twist, Henny. For days, the entire state of Texas endured freezing temperatures heretofore unheard of. Snow and ice took everyone by surprise, and then things went from winter to worse when the power went out. Pipes froze. Homes froze. People froze. Texas’ independence from the national power grid put the state in a dangerous position. Global warming may have caused the storm, but Texas’ inaction to protect its power grid exacerbated the problem. Despite lawmakers being in Austin for a legislative session at the time, little was done to fix what went terribly wrong. But hey, at least they prevented trans kids from playing sports in school. You know, priority issues. 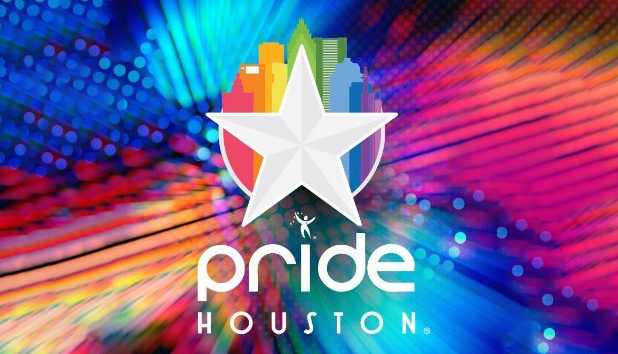 I am not sure what it is about the Pride Houston organization that attracts drama. Every few years, some issue seems to come up with the leadership that plays out like the newest season of The Real Housewives. People are fired or resign, or both. Accusations of wrongdoing are tossed about. Lawsuits are filed. Countersuits are filed. Then they are withdrawn…and refiled. What is going on over there? This year was especially tumultuous for the organization. After having a rocky 2020 due to COVID-19, things seemed to be on track for a 2021 Pride celebration. Then, unexpectedly, the organization fired its executive director and saw a cascade of resignations from its board. The 2021 parade was moved from summer to fall, and then canceled altogether. Although that decision was reportedly based on the advice of “several elected officials, health agencies, and others,” the City of Houston, which permitted the event, said they had no idea that the parade was going to be canceled. Whatever the reason, we just want a parade, y’all. Get it together. 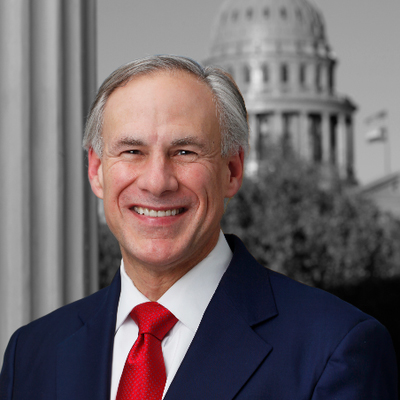 It’s interesting that Greg Abbott has never really made it onto my past lists of things to leave behind. But of course, when you’re right beside men like Trump ass-licker Lieutenant Governor Dan Patrick, or our indicted Attorney General Ken Paxton, or the crown jewel of terrible humans, Senator Turd Cruz, it is pretty easy to be terrible and still fly under the radar. Heck, it’s how Greg Abbott won re-election in 2018 by double digits while Turd came dangerously close to losing his seat. And yet, somehow, Abbott finally surpassed all of these other terrible men, even in a year where Turd flew to Cancún while Texas froze over.

Abbott’s move to the far, far right was on full display in 2021. Banning trans kids from playing sports in school was so high on his list of priorities that he actually called a third special session in order to make sure that law got passed. He also was able to further restrict access to voting in the state, and he has tried (unsuccessfully) to ban any sort of COVID-19 mandates that promote public health and safety. Perhaps worst of all, he signed a bill into law that effectively put an end to abortion access. The law allows private citizens to sue individuals who assist a woman in attaining an abortion after six weeks—a time frame often too short for a woman to even realize she may be pregnant. Congrats, governor, you’re now a bigger turd than Turd Cruz. Vote Abbott out in 2022.

Perhaps you are one of the many people out there who cannot or will not get a vaccine to protect you against COVID-19. For example, Packers quarterback Aaron Rodgers comes to mind. But please spare everyone your impromptu TED Talk about the COVID-19 “research” you’ve conducted. If you are not a medical doctor or, more specifically, an epidemiologist with a specialization in public health, you can just take a seat.

Also, let’s talk about what the word “research” means. Research is when you collect information from several legitimate and reliable sources to form a thesis about a specific subject. Research does not include listening to a podcast hosted by Joe Rogan, accepting everything he says at face value, and then regurgitating that on anyone who will listen. For example, Packers quarterback Aaron Rodgers comes to mind. Whether or not you take the vaccine, stop saying you’ve done all this “research” when you don’t even know what the word means.

Once upon a time, Americans everywhere eagerly rolled up their sleeves to get shots that would protect them against deadly disease. They welcomed them, in fact. I guess back in the day, the thought of ending up in an iron lung was enough of a deterrent to convince people to protect themselves and others from polio. Alas, in 2021 this was not the case. The fact is, vaccines prevent severe infection with COVID-19. The numbers don’t lie. The vast majority of the people getting COVID, going to the hospital, and dying are unvaccinated. Vaccinations also help protect those who cannot get vaccinated because they are too young or are immunocompromised. Life is never going to be normal again, but the fastest way to get back to some semblance of normal is to get vaccinated if you are eligible. 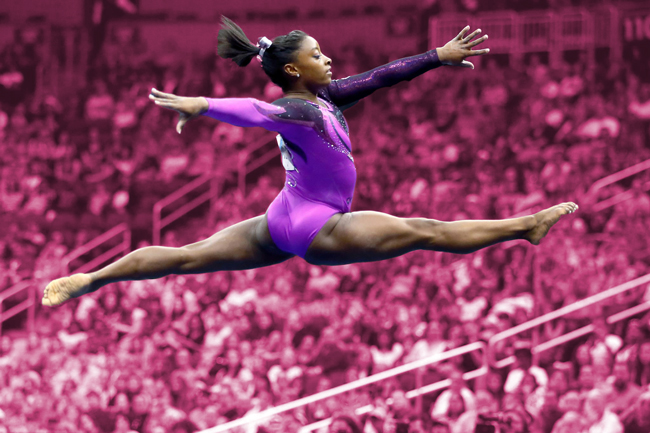 Houstonian Simone Biles (technically from Spring, but we’ll claim her) has given us everything. She is, without a doubt, the greatest gymnast of all time. She has won countless gold medals for herself, for her team, and for her country. She owes us absolutely nothing. She never did owe us anything, even before her standout performances. Then she gave us something we didn’t know we needed when she and her coaches made the call to sit out the majority of her events at the Tokyo Olympics. Biles got a case off the “twisties,” as she referred to it—a relatively common occurrence where gymnasts lose their sense of where they are in the air during their routines. This can be dangerous and result in serious injury. When she bravely showed the world that her health and safety was a priority, she received backlash from a culture that expects athletes to perform at all costs—even injury or death. Biles didn’t bend to the intense societal pressure, and in doing so she gave the most inspiring performance of her career. 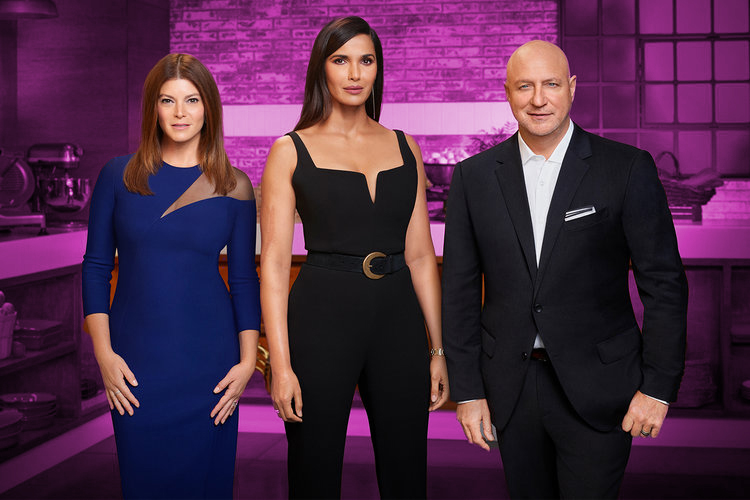 Houston is finally getting a top in 2022—a Top Chef, that is. It was announced this year that Houston would be the featured city on Bravo’s newest season of Top Chef. The hit cooking-competition show has featured other foodie cities over its eighteen seasons, and in its ninth season highlighted Texas as a whole (and specifically San Antonio). Now Houston is finally getting the star treatment it deserves. Houstonians have known for some time that this is a food city, and we aren’t just talking about barbecue and tacos (although we do those exceptionally well). Our diverse population fuels the foodie flames with offerings from around the globe. There isn’t a cuisine you can’t find in Houston. The real question is, what took the Top Chef producers so dang long? Filming is already underway, and the season will premiere in the spring of 2022.

The world is getting more bizarre. This pandemic has been hard. These floods and snowstorms are hard. Listening to our crazy relatives is hard. Mask/No mask. Vax/No vax. Boosters?! Who even knows what the right answer is any more. We are all trying our best—except for Turd Cruz. He is going to Cancún. Life is cuckoo-banana-crackers right now, so try to keep it together. Do some self-care. Do some self-love. Do some self-love with a consenting adult friend. Eat a taco. Try to go to therapy. If you can’t afford therapy, eat another taco. Just try to keep it together. I don’t know what the future has in store for any of us. If you would have asked me on January 5, 2021, if I thought there would be an insurrection at the U.S. Capitol, I would have said no. These days, who knows what the hell is going on. As we move into 2022, just try to keep it together as best you can. Also, go vote—while you still can.

(Throughout this article, the first name of Texas Senator Cruz auto-corrected to “Turd.” Unfortunately, we were unable to correct this error in time for publication.)