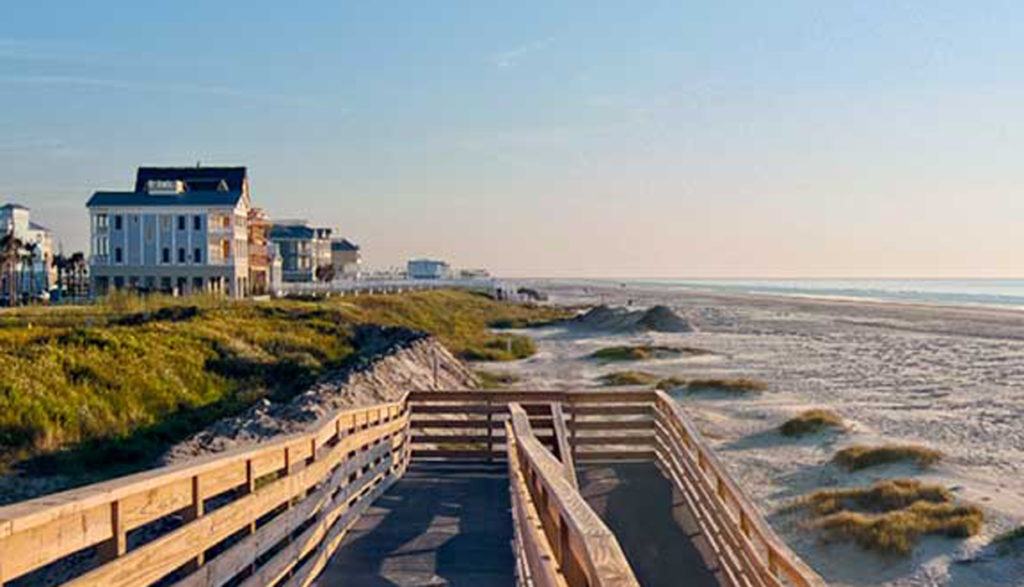 Summer is here, and the beach is calling. If you’re headed to Galveston, you should know that while the Island is known for its sandy shore, the LGBTQ locals are doing far more than sunbathing along the Seawall. With so many great options to choose from, let OutSmart’s Queer Things to Do in Galveston roundup be your guide to connecting with life on the Island.

The best way to start planning your itinerary is to research where the Island’s LGBTQ movers and shakers hang out. The local queer community has a Facebook group for that: the Galveston Island Rainbow Lesbian Society (GIRLS) is an online space where queer folks can make friends, plan meetups, and ask questions about where to spend quality time on the Island.

Dine on the Beachfront

The Gulf Coast is known for its gracious grub, and since you’ll be right on the shoreline, you won’t want to miss out on Galveston’s best seafood. Our restaurant recommendation is Daya Meyers Hurt’s Fish Company Taco, located at 1914 23rd St. This lesbian chef’s highly regarded Island establishment is well known for Asian fusian-style fish, shrimp, and veggie tacos.

Take in the Art

Galveston’s thriving downtown art scene has been designated as an official Cultural Arts District by the Texas Commission on the Arts. This recognition should come as no surprise, since the city seems to offer creative options at every turn. The work of several LGBTQ artists, including gay multimedia artist Heyd Fontenot, is currently being showcased at some of the Island’s top galleries. View Fontenot’s Sacred Order of Eternal Wounds at the Galveston Arts Center through July 11.

Shop on the Strand

The Strand, a lively strip in the heart of historic Galveston, features an abundance of specialty shops. One can’t-miss stop is lesbian artist Alecia Boles’ Pardon My French boutique. The hip store is filled with clothing and goodies adorned with pithy sayings.

From dancing to drag shows and live music performances, your LGBTQ Island clubbing options are endless at spots like Rumors Bar & Grill and 23rd Street Station Piano Bar. And if you’re a queer-history buff, be sure to visit Robert’s Lafitte, the oldest gay bar in Texas. Still owned and operated by its original proprietor, Robert Manor, the bar is celebrating its 52nd year in business.

Galveston Island boasts 30 miles of Gulf beaches, and each of them has something different to offer. Those looking for entertainment should head over to Galveston’s East Beach, also known as “the party beach.” The area is the site of numerous live-entertainment events, and features amenities such as concession stands, showers, restrooms, and beach-chair rentals. And, unlike many other local beaches, alcohol is permitted at East Beach.

If you haven’t already noticed, many of the Island’s attractions are deeply rooted in the 19th century, back when Galveston was the largest city in Texas. You can learn more about the Island’s prosperous past by participating in walking and bus tours of its famous Victorian architecture, natural amenities, and “haunted” venues. There are also a bevy of museums to visit, including the nostalgia-filled and queer-friendly Galveston Railroad Museum.

Galveston’s LGBTQ Pride celebration is set to occur this September, and organizers are gearing up by raising funds for the event on July 18. You can help the cause by attending a benefit brunch and show at Robert’s Lafitte, sponsored by Out4Brunch.

Worship in a Safe Space

Religious institutions have the power to spiritually uplift people, and Galveston’s Westminster Presbyterian Church seeks to nurture all who walk through its doors—regardless of one’s gender identity, sexuality, age, or background. Openly gay pastor Todd Starnes-Williams leads the LGBTQ-affirming congregation.