This year has been full of unexpected surprises for the world, for the country, and for Houston. It has been a year of tremendous losses and tremendous wins. No one will come away from 2020 unchanged.

Although we’re all happy to see the last 12 months fading in the rearview mirror, there are still some vital lessons to be learned. So in my sixth annual list of Things to Leave in 2020 (and Keep for 2021), I want to start by emphasizing the things we need to keep throughout the coming year: 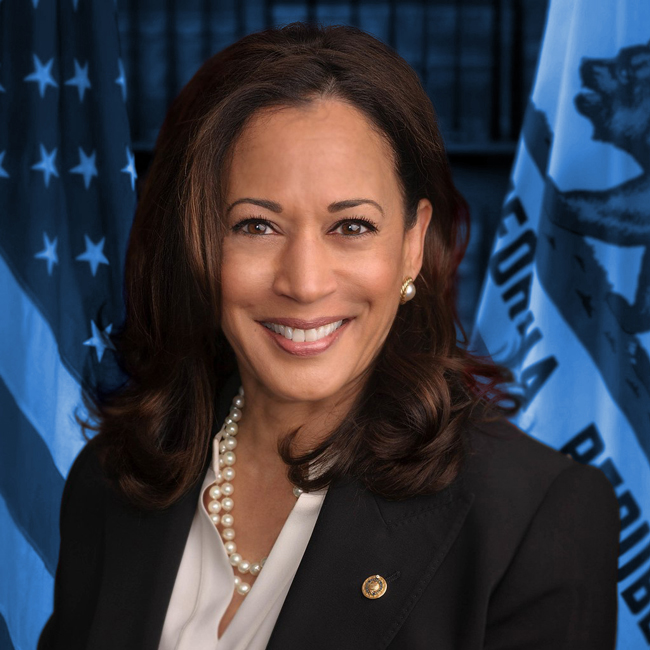 If your name was Harris, then 2020 was your year. Of course, the most obvious example of this was the election of Kamala Harris to the vice presidency. She is the first woman to be elected to this office, and the fact that she is also the first Black and Indian-American person to hold a nationwide office sets an important precedent. When she walked onstage in Wilmington, Delaware, on November 7 to give her victory speech, she wore an all-white pant suit—a nod to the women’s suffrage movement and those history-making women who wore white as a sign of solidarity. The fact that this happened exactly 100 years after women first got the right to vote in 1920 was poetic, but still long overdue.

Harris County also made history. People turned out to vote in Texas’ largest county like never before, and it actually buoyed the state from the lowest nationwide turnout ranking to the highest. This is thanks in large part to County Clerk Chris Hollins, who made voting more accessible than ever before. His office’s implementation of drive-through polls was so popular that it frightened state and national Republicans into thinking that Texas might finally turn blue. It didn’t, but it did show thousands of Texans how to vote for the first time, which means they are more likely to vote in the future. 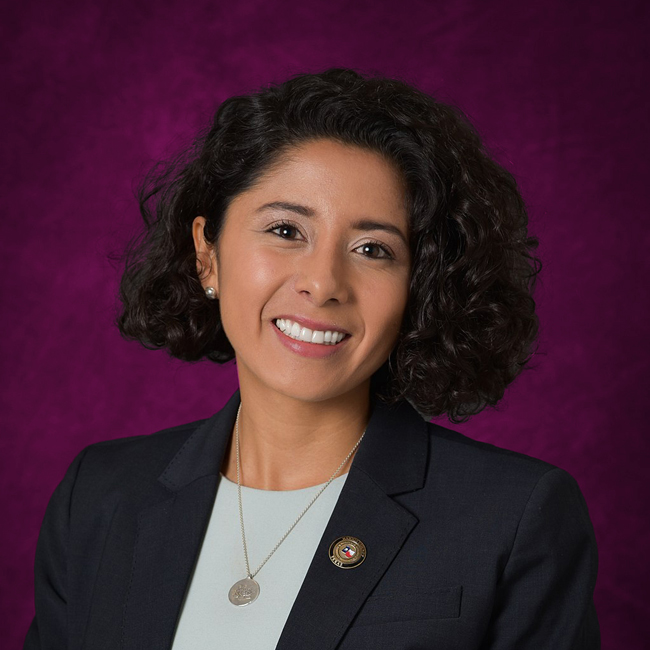 Hidalgo doesn’t have time to worry about the haters who keep trying to prove that she is not up to the job. She is too busy doing what voters elected her to do in 2018—namely, to lead. While Houston City Council Member Greg Travis was busy making videos complaining about a “nanny state” in early March, Hidalgo was talking to doctors and preparing her Harris County Commissioners Court for what would be the worst pandemic in a century. Her leadership set up the county for success as the virus peaked over the summer.

Abbott tried to undermine her mask mandate early on, only to see Hidalgo reinstate it. He tried to undermine her restrictions on gatherings, only to see them reinstated. It turns out that masks and social distancing are great tools for saving lives! It wasn’t easy or comfortable for Hidalgo to stand in opposition to virtually every powerful man in the state, but she did it and she was right. Imagine how much worse it could have been if she had whined and played politics instead of worked to save lives. She deserves a second term in 2022.

3. Keep Your Mask On 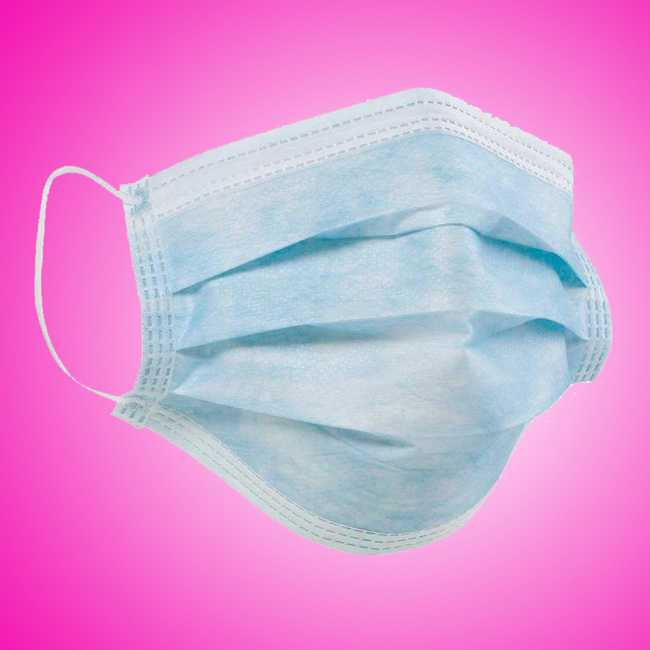 It just isn’t that complicated. The sooner we all wear a mask and follow the upcoming Biden health guidelines, the sooner we can get back to normal (or to whatever “normal” means to you). It is the only option we have until a vaccine brings the infection rate down to near zero. There are just no two ways about it. Please, wear a mask. 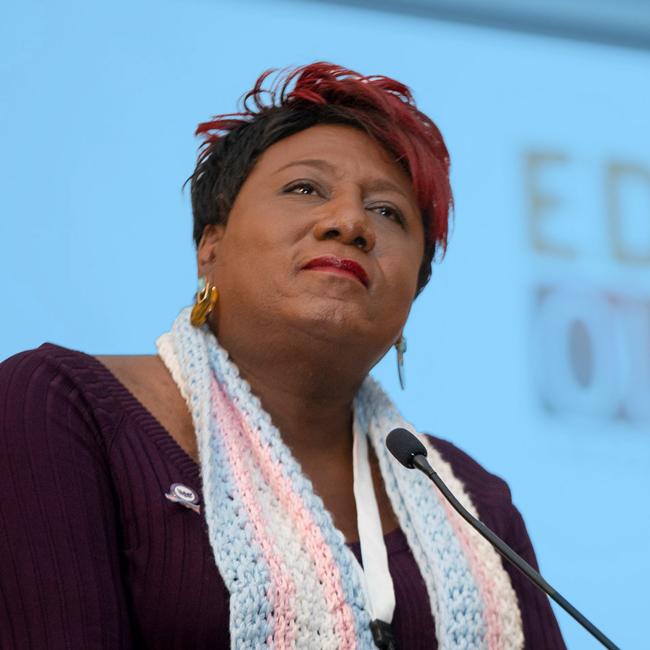 Monica Roberts died unexpectedly on October 5, 2020, at the age of 58. She was a Houston icon and a national hero. News of her passing was reported all over the world by media outlets that included the New York Times. Her blog, TransGriot, which she started in 2006, was one of the first to cover transgender issues. It eventually became a go-to trans resource for the mainstream media.Monica described herself as “a proud, unapologetic, Black, trans woman speaking truth to power and discussing the world around her.”Monica was also a monthly columnist for OutSmart magazine, and appeared on the June 2019 cover as one of Pride Houston’s honorary grand marshals. OutSmart again honored her last month with a cover feature in remembrance of her passing. Monica died before she was able to cast her vote in the 2020 election, a painful irony for those who knew of her deep commitment to getting people to vote for trans-affirming politicians. Commenting on her passion for creating a better and safer world for the transgender community (and especially for Black trans women), her close friend and fellow Houstonian Dee Dee Watters told the New York Times, “Monica really wanted to make sure that the younger kids coming up would have some kind of life—easier than what we went through when we transitioned. That was the real goal. It brought her joy seeing younger trans people being able to exist in their whole selves.” Rest in Power, Monica. 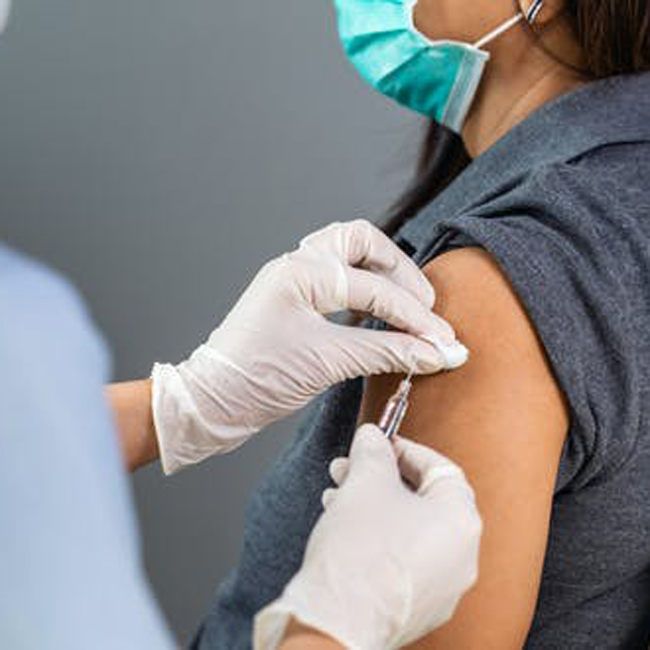 In spite of all of the challenges, hardships, death, and injustices we saw in 2020, things do appear to be looking up. In early November, a viable vaccine from Pfizer was announced that should be available early in the new year. The 2020 election also promised a return to normalcy after four years of political chaos. The holiday season will certainly be different as COVID-19 continues to require social distancing. But eventually, this too shall pass. We can hope for the best, certainly, but we also have to fight for change if we want to get there. Life is for living, after all. And if we want things to get better, we need to be better. Hope and change—that’s catchy. Now where did we last hear that? 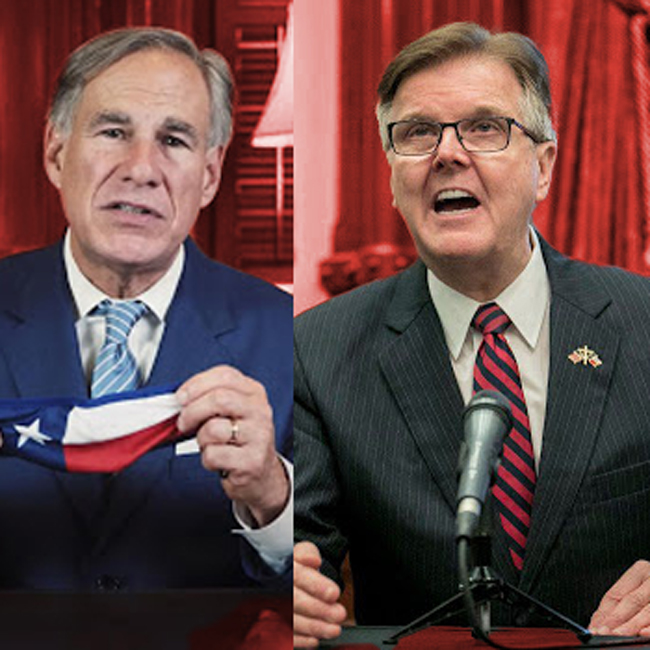 Governor Greg Abbott and Lieutenant Governor Dan Patrick appeared to be in a race to the bottom when it came to handling the pandemic. Whether the winner was Patrick (an early advocate for sacrificing our grandparents to the pandemic) or Abbott (who never quite seemed to know what to do), it was the people of Texas who suffered the most. The fact is that the pandemic, as challenging as it is for the front-liners and the people who are losing loved ones, should be easy for state leaders to navigate. It comes down to following the science to keep Texans safe, and giving them the resources they need to weather the storm. Instead, Texas became the first state to surpass one million cases of COVID-19 in early November. We do things bigger in Texas, but not always better. 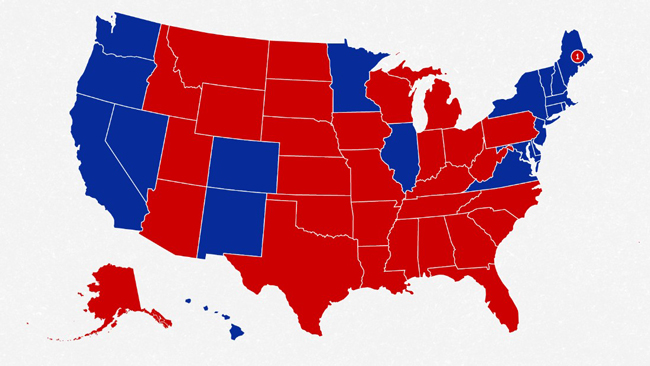 We learned from the November election that approximately 28 percent of LGBTQ voters went for Trump. That is a shocking revelation. We can make assumptions about exactly who cast those ballots and why, but this is still a problem. The LGBTQ community, once a monolithic voting bloc, is showing fractures. Republicans have focused primarily on white, cisgender gay men as a key group, which dilutes our community’s collective voting power. And as it turns out, dividing key communities is a great strategy for winning elections. We cannot let them do it. We have a responsibility to lift each other up. The fight for marriage equality is going to seem like a walk in the park compared to the work that is now ahead of us. I am talking about racial justice, reproductive freedom, transgender rights, and (oh, by the way) preserving the rights we have already won. Let’s remember our responsibility to each other, and not let politics take our eyes off of what we collectively value: equality. 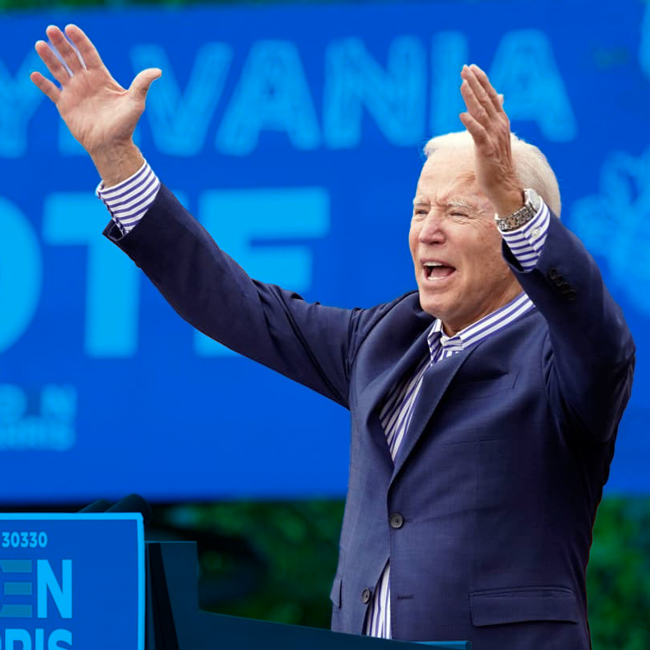 2020 was trying to tell us something: we need to slow down and smell the roses, disengage from our devices, and engage with inner peace. It didn’t help that on top of one of the most painful years in world history we also had to endure weeks of uncertainty and turmoil when  Republicans refused to acknowledge the Biden win after Pennsylvania finally awarded him the Electoral College votes that put him over the top. It was difficult to bear, but worth the wait. 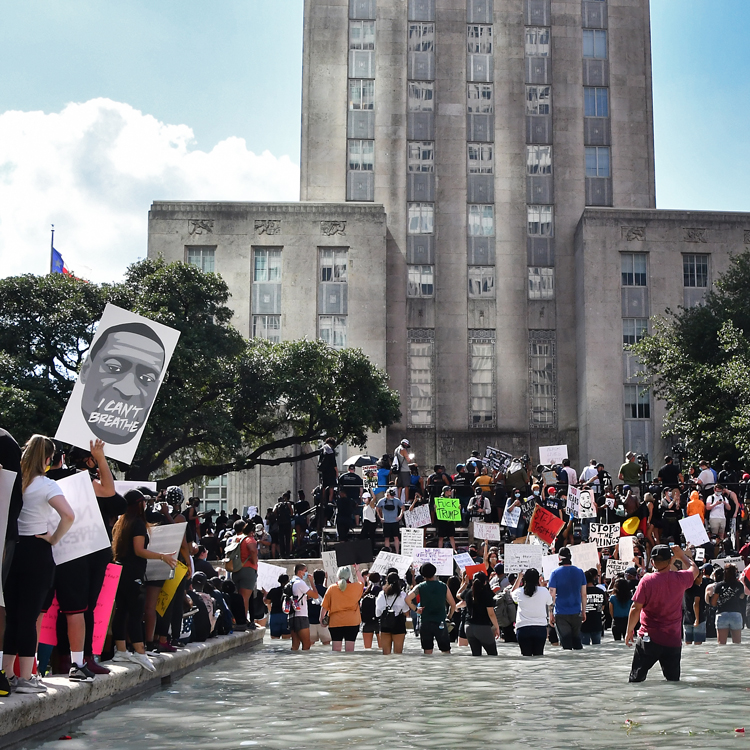 2020 was a year of reckoning. The brutal murder of George Floyd was the spark that reignited the national outcry over police brutality against the Black community. Black people have long been the victims of a system that views their existence as something to be controlled rather than respected, but Floyd’s callous murder forced many white people to acknowledge that there is a problem with racism and white supremacy in this country. This ugly truth, which is rooted in our country’s original sin of slavery, is one that white people must work to overcome. It is inexcusable that we brand ourselves as a bastion of justice and equality when that has never been completely true. But it can be. It must be. We can do it together, but the primary responsibility falls on white people to do the work. That, I fear, could be an insurmountable task. 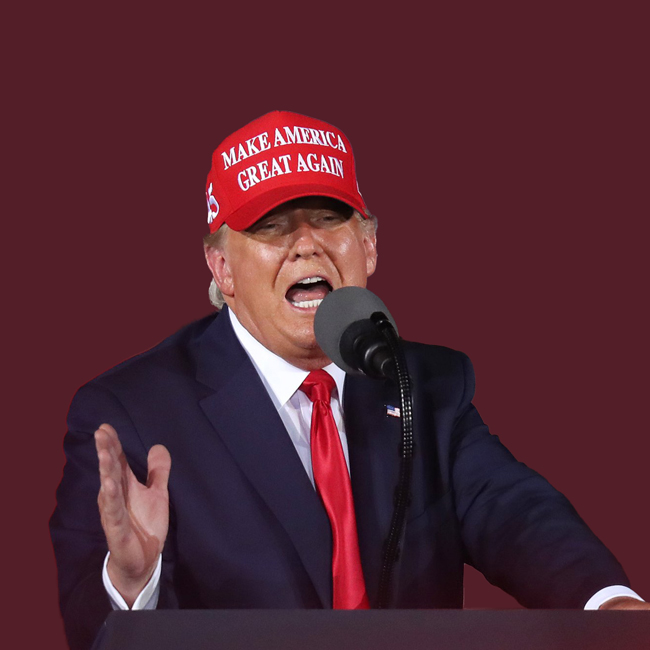