Author J. C. “Joey” Salazar’s last work before his death, Of Dreams & Thorns, chronicles a 1950s Mexican family’s immigration to the U.S. In the story, Ramiro Ocañas, his wife, and eight children travel from Naranjales, Mexico, to California before ultimately settling in Houston’s Eastside neighborhood.

Dr. Tom Lyttle, Salazar’s close friend of 40 years, reminisces about the fictional book, which is actually based on Salazar’s own family. However, Lyttle is unsure about which fictional character represents the young Salazar, who was the fifth of eight siblings (four of whom were brothers). Of Dreams & Thorns carefully depicts a very similar large family, but the author did not self-identify as any specific character in the book.

The story’s protagonist, Don Ramiro, is typical of the 1950s and surely represents Salazar’s own father. “Joey’s dad was an old-school patriarch,” Lyttle says. “He was very courteous to me and, though not formally educated, was very intelligent.”

Salazar’s diverse family contained a number of “characters” whose antics enliven various chapters of the book. “Joey’s family recognized themselves as they read the book,” Lyttle notes. “There were many laughs as specific family incidents were revealed within the story.” 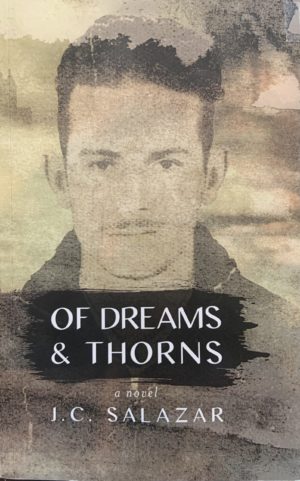 Of Dreams &Thorns also mirrors the Salazar family’s own diaspora. Much of the book focuses on the struggles the Ocañas family experienced and, more dramatically, how they coalesced to overcome each impediment to success. None of the Ocañas clan follows their own path until much later in the story, since their early years in the U.S. were spent pooling their collective emotional and financial resources in order to survive. No one was permitted to falter, and everyone who could worked to provide for the entire family.

At the book’s conclusion, reconciliation with the past is brought about through the death of Don Ramiro. His progeny, realizing their father’s numerous sacrifices, recount their fondest memories. “In spite of their significant differences, they always loved, respected and protected each other,” Lyttle says.

Salazar and Lyttle met when the author was a student at University of Houston-Downtown. “I was a professor at UH-D for 40 years, and in the spring of 1978 I taught Joey,” Lyttle recalls. “I was also the director of the school’s theater program, where I came to know many students outside of their regularly scheduled classes. Joey and I formed a friendship which continued after the semester concluded. He was very easy to talk with and, as time went by, we developed a close friendship.”

As their friendship grew closer, so did their physical proximity. The two eventually lived adjacent to each other. “I owned a duplex in Montrose, and Joey, seeking to be closer to campus, eventually moved into the unit next to mine, living there nearly 40 years,” Lyttle says.

Salazar earned two master’s degrees in English literature and liberal arts. In addition to writing, he loved to teach and was a professor and director at Houston Community College (HCC), where the Jose C. Salazar Memorial Endowment Scholarship was created in his honor. Over $35,000 has been raised to assist HCC students who struggle to afford tuition.

In his various HCC positions throughout his career, Salazar always gravitated to first-generation students who had endured challenges similar to his own. “Joey always had a special place in his heart for students from other countries,” Lyttle says. “He would tell me, ‘I came up from where they are now. I went through everything that they and their families have experienced.’ He related to those students wonderfully.

“In spite of his academic and professional success, Joey was never pretentious or pompous,” Lyttle remembers. “Joey never thought of himself as superior to anyone. He related to students in a beautifully genuine way. There was nothing false or artificial about him. The characters in Of Dreams & Thorns are so vivid because, like Joey, they are real. Joey was profoundly perceptive. He could see inside people and created his characters similarly, from the inside out. His innate understanding of what motivated people brought his characters and his interpersonal relationships to life.”

JC Salazar’s Of Dreams & Thorns is now available on Amazon. Donations may be made directly through Houston Community College Scholarship Foundation at www.hccsfoundation.org/donate. Use the designation, Select Fund # 2029. 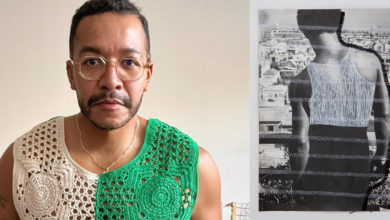