It has been an interesting year for real-estate in Houston and Galveston. We asked some of our top agents to talk about the impact of Tropical Storm Harvey, as well the city’s best LGBTQ-friendly neighborhoods, and some that are up-and-coming. 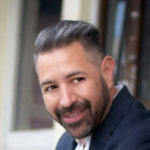 “I would say it’s been half-good, half-bad,” says Joey Garza of Front Street Properties. “The immediate impact of Harvey was the huge onslaught of flooded residents who needed rental properties. As many homeowners have decided not to repair or rebuild, there has been an increase of unexpected buyers, which has kept our inventory low. Many local and out-of-state investors have bought and are continuing to buy storm-damaged homes. Despite the tragic circumstances for so many, the Houston market increased last year.”

Garza has lived in the Houston Heights since 1997. “It is by far my favorite area for LGBTQ inclusivness because of its walkability, art, diversity, and local events,” Garza says. “Other great inner-loop locations are Timbergrove and Oak Forest, [which have] mid-century homes and popular restaurant destinations. For people seeking to invest in up-and-coming areas, EaDo and the Near Northside are great. These areas are turning around with rebuilds, remodels, and new custom homes. The proximity to downtown and Midtown make these areas perfect for those wanting to get in on the real-estate market.” 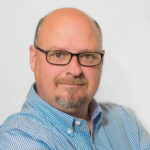 Daniel Herrington is retired from Harris County and only became an agent last July.

“I really didn’t have that many listings,” Herrington says. “So when Harvey came along, it didn’t really affect me that much. We still had people buying and selling, so it wasn’t too bad.” Herrington used to live in the Galleria area, and he now resides in Channelview. “It’s for family reasons,” he says. “I grew up here, and I didn’t want to come back. There’s not a lot of gay culture, and I really miss my gay neighborhood.”  As for up-and-coming LGBTQ-friendly enclaves, he sees more people heading to the suburbs—in part due to rising prices, and in part because more of them have children and are looking for quality schools. 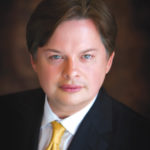 Brooks Ballard, president of Brooks Ballard Fine Homes and Estates in downtown Houston, and now a licensed partner with Engel & Völkers Houston, has almost three decades of experience.  “The market slowed down, the value dropped 18 percent effectively—more in some areas than in others,” Ballard says, referring to the impact of Harvey. “The value will return in most areas. This is a buyer’s market.” Some of Ballard’s favorite neighborhoods include the Heights, River Oaks, Midtown, Galleria, and downtown. 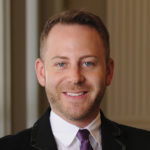 “The hurricane has certainly increased awareness in buyers,” says Jeremy Fain. “Automatically, the first question they ask is, ‘Did the property flood? If not, how close did the water come to the house?’ It certainly affected areas such as Meyerland and Bellaire, as well as master-planned communities in the suburbs. Builders and investors are buying the lots, tearing the houses down, and rebuilding at higher elevations to avoid flooding in the future. About seven percent of homes were flooded, and a large amount were flooded from the reservoir releases rather than the hurricane itself.  It has been amazing to me to see how the community came together to help each other out, without even knowing one another.” Fain loves the Oaks of Inwood in northwest Houston. The area was developed in the 1980s, and homes sell between $275,000 and $350,000. The houses are all single-family with 2,500 to 3,500 square feet of space, on lots of around 7,000 square feet. “It’s a real treat to get in the neighborhood around the holidays because everyone just hops back and forth between the houses for all of the holiday parties,” he says. 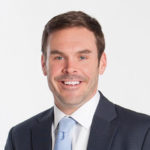 A Realtor associate at Heritage Texas Properties, Christopher Williams knows Houston, and he knows value. “The short-term rental market has been quite strong post-Harvey,” he says. “Overall, I think we are months out before we really see the true market impact.” So besides Montrose, what is his favorite LGBTQ-friendly neighborhood?  “Midtown, and I could see EaDo (east of downtown) being an up-and-coming enclave for the community,” Williams says. 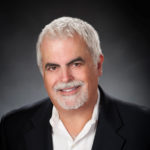 David Bowers is an attorney and a Realtor with The House Company in Galveston. He rode out Hurricane Ike in his 1899 Victorian home, so he knows all about big storms. Harvey was a lot more forgiving to the island. “There was really no impact, except to highlight the different ways condo associations that sustained flooding and wind damage are prepared, as far as having good insurance, [reasonable deductibles, and adequate] reserves,” he says. “It was very interesting.” Bowers loves island life, and says his favorite LGBTQ-friendly neighborhood is east of 25th Street. But you can also find him just a tad west of 25th at Robert’s Lafitte, the oldest LGBTQ bar in Texas. “They added a new bar in back by the pool,” he says, “and it is great.” 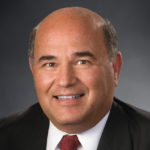 V. J. Tramonte is a longtime broker/owner at the family-run Tramonte Realty in Galveston. “Harvey came in late August, when we normally have a slow period with parents getting kids back to school, etc.,” Tramonte says. “It usually picks up in mid-September. Our rental agents did help out many people from the Dickinson and League City area with temporary rentals in Galveston. So many of the American National Insurance, Galveston County, and University of Texas Medical Branch employees work in Galveston but live on the mainland. We have a few still living in Galveston while their homes get rebuilt.”  Tramonte says all of Galveston is LGBTQ-friendly. “From the east end to the west end, the LGBTQ community is welcomed because they are always taking care of their properties and are usually an inspiration to their neighbors,” he says. “If I had to choose an area  on the island, I would pick the areas from Broadway to the seawall, and from 10th Street up to 45th Street.” 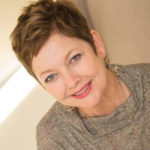 “The Houston market is huge, and to apply generalizations about the whole to specific neighborhoods can be misleading,” Karen Derr says. “The 2017 market overall was strong, but flooding neighborhoods were hit hard. It’s important to remember, Harvey is still not over for many families. The question I get most is, will homes that didn’t flood see a jump in value? Just like the recovery, market adjustments are happening gradually. I don’t see a spike in pricing on the horizon just because of Harvey.” As for LGBTQ-friendly neighborhoods, she’s big on the Heights. “If you’ve become priced out of Montrose, don’t despair,” she says. “The Heights has great choices at prices that really do lag a little behind Montrose, and the Heights dining scene is now the talk of the town. If you thought Montrose was the only neighborhood with good walkability, look again at the Heights. Heightsites have worked hard over the past decade to get trails and support new businesses, and it’s really paid off. “I think the news is that the LGBTQ community will no longer be contained or segregated. I see so many people moving to the suburbs. More LGBTQ couples have kids too, so being near centers of entertainment and nightlife is not as important to them. Communities are connecting online rather than at the local watering hole.” 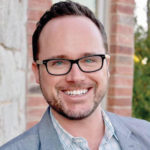 Jared Anthony is a Realtor with Next Home Realty Center and host of Real Estate U on KPRC 950 AM and the iHeartRadio Network. He found it challenging trying to find affordable rentals for those whose homes flooded during Harvey. “There was just such a high demand then,” he says. “Now we’re seeing people looking for homes to buy, and they are paying greater attention to flood zones and where homes are located. As a Realtor here in Houston, I always recommend flood insurance, no matter if your home is in a flood zone or not.” Anthony says a lot of his LGBTQ clients are moving outside the loop—particularly those with families. “I’ve fallen in love with the Cypress area and the people up here,” he says. “For those with children, the schools are excellent. It’s not only family-friendly, but also LGBTQ-friendly. The Towne Lake area is probably my favorite neighborhood. It’s beautiful. Home values are steady, there are beautiful trails around various reservoirs, activity centers for gatherings, and quite frankly, the people are so friendly.  My partner was born and raised in Cypress, and I’m from a small military town in Oklahoma. It feels like home. Cypress really does offer it all.” 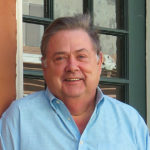 Tom Schwenk is a top Galveston Realtor who saw little damage on the island from Harvey. “Thankfully, Galveston Island’s residential neighborhoods were spared completely,” he says. “Downtown, there was some flooding—particularly on The Strand and Postoffice Street. However, most were up and running again in a day or two. “To put it in perspective, my office on The Strand sustained about four inches of water in Harvey, while in Ike it had about 12 feet of water.” He says the vast majority of Galveston Island is LGBTQ-friendly, and is a very tolerant place. “We live throughout the island, and every neighborhood has LGBTQ residents—admittedly, more on the East End,” he says. 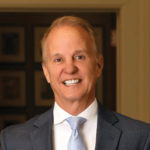 For Tim Surratt, of Greenwood King Properties, it begins with a passion for the work involved and a deep respect for his customers and clients. “It was quite a year with Harvey,” Surratt says. “Over 200,000 Houston families were affected by the historic flooding. Our hearts broke for our fellow Houstonians, but we quickly noticed how our city pulls together in time of need. It is indeed what makes Houston great. The rental market went from 80 percent occupancy in some areas to 97 percent as excess apartments were absorbed—as well as homes that did not flood flying off the market. Billions of construction dollars poured into the city to help rebuild, which helped lift Houston’s economy. To top it off, the Astros won the World Series! Let’s hope for a calmer 2018.” 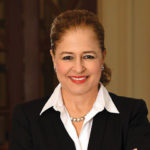 Debbie Levine is also a top producer with Greenwood King Properties. “The market has remained relatively unchanged since Harvey, at least in the more established neighborhoods,” she says. “The low inventory in the close-in areas is one of the main contributing factors to the strong real-estate market in Houston.” Levine is a big fan of the Heights. “I love the eclectic feel of the Heights, and I have found that much of the LGBTQ community feels very at home in this diverse and charming community.” 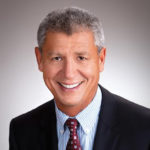 Andy Weber, a sales associate at John Daugherty Realtors, is a longtime resident of the Museum District/Montrose area, and specializes in inner-loop sales. “I have not felt a big impact in the areas I work in,” he says, referring to Harvey. “People are definitely aware of areas that are at a higher risk for flooding.” Despite living in Montrose, he says that the Heights has really blossomed nicely as a welcoming neighborhood for the community. 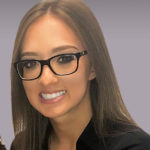 Candace Dolan has a lot of talents: she’s an insurance agent and financial advisor with her own company, and does a little real estate on the side. One thing that she’s noticed post-Harvey is that a lot of flooded properties are on the market. “And they are at record-low prices,” she says. So, what’s a good neighborhood for the LGBTQ community? She likes the East Downtown area. “I live, work, and play in EaDo,” Dolan says. “My partner and I are very welcomed in our neighborhood, anywhere we go. We chose EaDo because it is rapidly developing and embraces art and independent thinkers.” 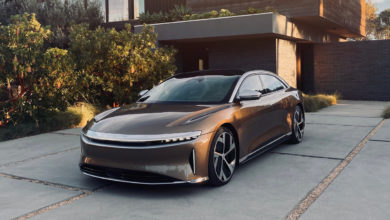 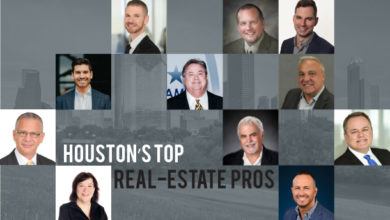 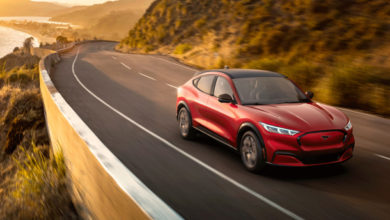 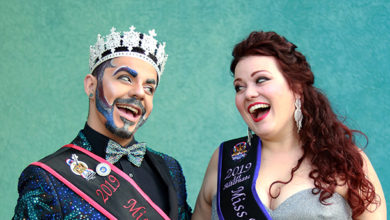 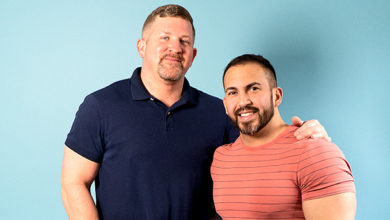 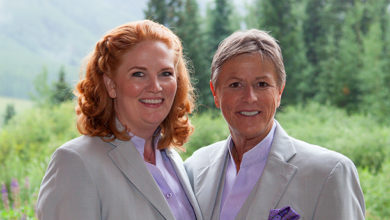