When Greg Louganis, the openly gay four-time Olympic gold medalist, was diagnosed with HIV in 1988, there was only one highly toxic drug treat-ment available: Zidovudine, known as AZT.

“I expected to live three years,” Louganis tells OutSmart. “Thank goodness I didn’t read all the possible side effects; I probably wouldn’t be here.” 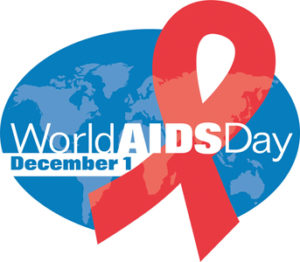 With five world championships in addition to his four Olympic golds (and one silver), the 57-year-old Louganis is among the most decorated male divers in history. However, his career has been punctuated by the type of secrecy and revelation that were emblematic of the early years of the AIDS epidemic. His 1995 best-selling book, Breaking the Surface, provided a brutally honest platform from which he exposed his struggles related to personal insecurities, relationships, addiction, and the disclosure of his HIV status.

Louganis’ ability to focus amid adversity (a skill he perfected while competing in three Olympics beginning in 1976, at the age of 16) was crucial to his survival, enabling him to cope with his diagnosis and fame.

As painfully detailed in Breaking the Surface, the years following the 1988 Seoul Olympics were hellish. An abusive partner, drug usage, crippling self-doubt combined with the possibility of a vastly shortened lifespan, and financial difficulties debilitated one of the world’s most famous athletes. “The future looked so bleak that I sold my life insurance policy, discovering later that it was accompanied by a physician’s statement giving me just six months to live,” says Louganis, who also held a “final birthday party” for family and friends in 1993.

While many praised Louganis’ courage in the book (and during a subsequent Barbara Walters interview), America wasn’t ready to come to terms with an Olympic superstar who was also an HIV-positive gay man. As others garnered endorsements, Louganis (with the exception of his longtime sponsor, Speedo) remained a pariah. “Even with my first gold medals [in 1984], my corporate sponsors and public-relations people told me to ‘tone down the gay stuff,’” he says.

In 2014, HBO produced the Emmy-nominated documentary Back on Board, and Louganis resurfaced. Thirty years after his first Olympic gold medal, America proved that it did, in fact, love Louganis. The honors and engagements began to flow in, and largely due to a 43,000-signature petition, General Mills belatedly bestowed Louganis with his own Wheaties cereal box in 2016.

Louganis also credits an expanded social-media presence with enhancing his popularity. “I got on Facebook while I was traveling around the country in a 40-foot RV,” he says. “It was a great way to let my friends know where I was and what was happening in my life.”

Louganis has also embraced Instagram and Twitter, and with the help of his manager, he has developed significant followings. Additionally, Louganis’ mentorship of openly gay British diver Tom Daley has helped him connect with people who weren’t even alive when he was an Olympian. “I’ve known Tom for years,” Louganis says. “Seeing him grow and develop has been wonderful. He’s extremely talented and very dear to me. I was especially touched that, during the Rio Olympics, he called me during the competition. He just needed to talk to someone who understood his situation.”

As the dean of gay Olympians, Louganis advises other divers to stay off social media. “This is difficult for younger competitors to do—they are accustomed to interacting with people in a very public way,” he says. “I also tell them not to read what others are writing or saying. None of that matters. At this level of competition, you have a job to accomplish. Do your work. You are at the Olympic games; you must focus.”

Utilizing his considerable fame, Louganis now champions inclusion and recognition of all LGBTQ people. “I know a lot about the ‘G’ and the ‘L’,” Louganis says. However, the rest of the LGBTQ community’s many identities has required him to seek out information from friends, colleagues, artists, and other athletes. “It has been a tremendous discovery process for me in learning about the bisexual, transgender, queer/questioning, and intersex communities,” he says, noting that he appeared in Larry Kramer’s play, Just Say No, with Alexandra Billings, a trans actor best known for starring in Amazon’s Transparent series.

“During the play’s run, Alexandra, Larry, and I spent a lot of time together,” he says. “We discussed everything. Larry is brilliant and completely open about his HIV status, and Alexandra is married to a woman—something that made conversations very interesting. Getting to know her and discover her story was revelatory to me.”

Louganis says he has “learned an entirely new language that dignifies and respects the concerns of those confronting a variety of issues. “The fluidity with which young people approach and comprehend gender, sex, orientation, and self-identification is fascinating,”
he says.

In addition to working with younger people, Louganis’ celebrity status has granted him access to corporate America, where he advocates for best practices that promote LGBTQ workplace inclusion. “There are no [current] male American Olympians open about their homosexuality,” Louganis says. “Corporations, through their sponsorships [of LGBTQ athletes], need to allow people to be their authentic selves.”

In addition to his other engagements, Louganis was recently named sports director for the Red Bull Cliff-Diving World Series, and he’s preparing to launch a clothing line. “That is something I’ve wanted to do for a long time,” he says. “Even at 57, I go to the gym and do yoga—both activities I consider just as important as taking my daily medication.”

Other pending projects include a feature-length biopic. Asked who he would choose to portray him, Louganis chuckles: “Well, I just saw American Assassin. Dylan O’Brien wouldn’t be a bad choice.”

A line from Louganis’ book encapsulates his philosophy: “I may cry easily, but I never give up.”

“I’m an empath; I absorb everyone’s energy, good or bad,” Louganis says. “However, rather than living ‘in a problem,’ life has taught me to move forward on the platform, focus, and take steps toward a solution.”