…but the state that lives for Mardi Gras thinks that rainbow flags are over the top?
by Susan Bankston

You gotta love Louisiana. Well, you don’t, but I do, because it’s the foreign state to our right, and it never occurred to you that anything could be to the right of Texas, did it? And, I have to admit that my daddy was born in New Orleans. My family tree doesn’t fork too well, which explains why some of my family couldn’t read a map to get to Texas.

Here’s an honest-to-gosh true story that you can read on the electric Internet or the print newspaper called The Advertiser in Lafayette, which I think is the paper of record for the noblesse ancienne of the bayou. Noblesse ancienne either means “old nobility,” or it’s a cream sauce at Paul Prudhomme’s restaurant—I can’t remember which, and it probably doesn’t matter much.

Pride Day in Lafayette was held at a public park, and the celebrants hoisted a rainbow flag up the flag pole. In order to do this, none of the American flags were removed or flown below the rainbow flag. Korean War veteran Ray Green says he was offended that this flag was on public property. Deeply and painfully offended.

“I did not go overseas and fight for our country so that we could come back and be subject to something like that,” Green said. “Several of us [veterans] feel that the flying of this flag is a poke in the eye of a way of life.”

Dude, it’s a flag. It has a rainbow. It’s pretty. That’s all. It’s not like the old days, Ray. Raising the rainbow flag for a day does not have military implications. The park has not been conquered by the gays. There is no occupying force of LGBT commandos dug into foxholes in the park, peering through Dolce & Gabbana binoculars while contemplating fresh evils. Although, if they wanted to, a group of LGBT commandos could easily conquer the park. I mean, Ray needs to realize that a whole bunch of gay folks also served in the military to fight for their way of life. But if celebrating their way of life in the land of the free is taken as a poke in the eye, then so be it. Sometimes people need a poke in the eye to clean off the cobwebs.

Ray continues in the hometown newspaper: “That has offended many, many, many veterans. It offended me,” he said. Let’s see, Ray, at the demonstration against the gay flag, there was you and there was . . . well, you. I’ll even let you count yourself twice. Oh hell, go big or go home, Ray—there was you, you and you.

The newspaper continues: “Green said he’s not against the gays but is against the act itself.” Well then, Ray, do not do that act. Seriously. Do not do it. You’re thinking about it, aren’t you?

And you gotta wonder which act he’s referring to. Nathan Lane in The Birdcage? Ellen DeGeneres? The entire South Pacific cast?

Okay, I know that’s not what he’s talking about. He’s talking about hairdressing, isn’t he? Dirty, disgusting, perverted hairdressing. Ray, quit thinking about “the act itself.” You have spent way too much time on that. Then he puts icing on the gay cake by adding, “And I’m against the possibility of them getting together for another demonstration and taking down the American flag.”

And, Ray, I am against the possibility that you might strip yourself nekkid except for some boobie beads and a Duck Dynasty T-shirt and parade down I-10 singing about Marie Laveau. So we better not let you outta the house. Apparently, just because you haven’t done something before now, doesn’t mean you won’t.

When asked if he had considered that by not allowing any flag but the American flag in public places, then the POW/MIA flag would be outlawed—along with the LSU and Mardi Gras flags—Ray said he wasn’t wild about that, but democracy is worth it.

In that case, God help him if somebody ever takes Ray to Six Flags Over Texas in Arlington. Seeing a Spanish Flag, a Mexican Flag, and a French Flag next to the U.S. and Texas flags may give him a stroke. Although somehow I’m betting Ray is probably in the age group that doesn’t need to be riding roller coasters anyhow.

Oh, and also please don’t tell him that although one of the six national flags over Texas was the Confederate flag, they don’t fly that one at Six Flags, for what should be obvious reasons (but possibly aren’t to him). And also don’t tell him about Six Flags Fiesta Texas in San Antonio. In fact, let’s definitely not bring up Six Flags at all. 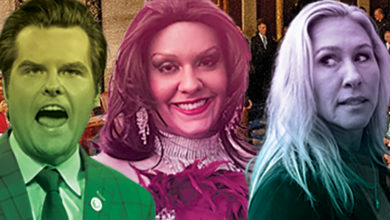 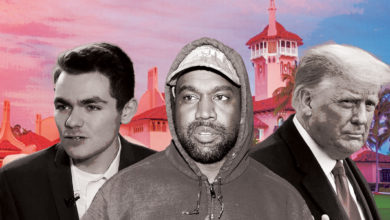