As a native Texan, I’m used to crazy religion and crazy politics. So the announcement of Gov. Rick Perry’s plans to attend “The Response,” a prayer event set for Saturday at Houston’s Reliant Stadium, was not a surprise.

But as a Presbyterian minister and community organizer, it’s part of my job to stand up for my neighbors. The use of the governor’s office to promote one religion in a country with such rich religious diversity is obviously unhealthy politics, but, if one takes the Christian and Jewish scriptures seriously, it is also unhealthy religion. Here are five rather important verses of scripture you aren’t likely to hear at “The Response”:

“And when you pray, do not be like the hypocrites, for they love to pray in public places to be seen by others … But when you pray, go into your room, close the door and pray to your heavenly parent, who is unseen.” (Matthew 6:5-6)

Though Jesus never addressed the issues most important to some of the event’s co-sponsors, such as homosexuality and abortion, he did speak out against public displays of religion.

Whatever Jesus meant by the word “prayer” seems to have been quiet and personal. The disciples had to ask Jesus how to pray, which is a pretty good indication that he wasn’t praying a lot publically. What he did say about prayer carried a warning label: “Don’t rub it in other people’s faces.”

“God causes the sun to rise on the evil and the good, and sends rain on the righteous and the unrighteous.” (Matthew 5:45)

Praying for rain implies that God steers clouds toward the worthy. According to Right Wing Watch, one of the event’s co-sponsors has said the earthquake in Japan happened because the emperor had sex with the sun goddess. It might be a part of our lower nature to blame disasters on people we don’t like or understand, but Jesus taught that God sends rain on the just and unjust. Furthermore, he said our love should be equally nonselective.

I have chosen Christianity as my life’s religion, but when nonjudgmental love is taken out of its center, it becomes poisonous and predatory. The word “God” can be a helpful symbol for all the transcendentals of life, but the symbol becomes instantly pathological when used as a scientific explanation or political justification.

Then Peter began to speak: “I now realize how true it is that God does not show favoritism.” (Acts 10:34)

When the Bible says that God is not a “respecter of persons,” it means that God doesn’t have a favorite country or religion. The idea that God wants Christians to be in charge of other people violates Jesus’ teaching that we are to take the lowest place. We are to change the world by humble persuasion and good example, not by messianic coercion.

The assumption that Christianity and America are God’s two favorite things will be particularly ironic, as the prayer event falls on the anniversary of the bombing of Hiroshima.

• Worship by those who neglect the poor is offensive to God.

“I hate, I despise your religious festivals; your assemblies are a stench to me … Away with the noise of your songs! I will not listen to the music of your harps. But let justice roll on like a river, righteousness like a never-failing stream!” (Amos 5:21-24)

The prophet Amos chastised the religion of his day for praying to God while mistreating people. Texas leads the nation in residents who are uninsured, who work for minimum wage and who die from unsafe working conditions on construction sites. Our state has the widest gap between rich and poor of any state in the union.

If the governor wants to call us to repentance, it should begin with our real sins against the poor — not the imaginary sins dreamed up by his friends.

• The heart of Christian ethics is being a good neighbor.

When Jesus told the story of the Good Samaritan (Luke 10:30-37), it was to teach humility to a rich young zealot who thought he was approaching moral perfection.

The Samaritans were the scapegoats of the day. The rich young ruler would consider Samarians heretics and immoral people. Jesus used a merciful Samaritan as the example of ethical perfection.

It is a lesson that many Christians have yet to learn.

One sponsor of the event, the American Family Association, is listed by the Southern Poverty Law Center as a hate group. The group’s director of analysis for government and policy is quoted by the SPLC as saying that Hitler was “an active homosexual” who sought out gays “because he could not get straight soldiers to be savage and brutal and vicious enough.” He also said Muslims should not be allowed in the military or be allowed to build mosques in the United States.

I must confess that I have a soft spot for Perry. When the James Byrd Jr. Hate Crimes Prevention Act in Texas was passed, I had the honor of pushing the wheelchair of Byrd’s mother into the governor’s office for the signing.

I privately thanked Perry for his courage in standing up to all of the groups who had fought against the bill; I knew he might pay a political price for signing the bill.

Tears came to his eyes, and he said, “It’s the right thing to do.”

I can’t know what is in Perry’s heart, of course, but I do know the problem isn’t one politician but rather a nation that has embraced an unhealthy political arrogance undergirded by even unhealthier religious one.

The “prayer” that is most needed at this time is for each of us, believer or not, to go into our own heart and find the humility and empathy that is at the core of righteousness, political and spiritual. 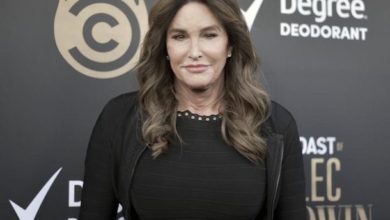 LGBTQ Activists Not Excited by Jenner’s Campaign for Governor 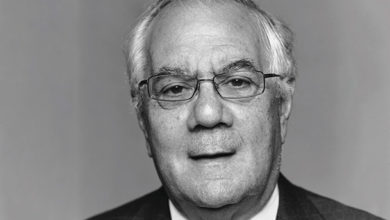