HOUSTON, TX – Five years after Hurricane Katrina devastated the Gulf South, V-Day, the global activist movement to end violence against women and girls, in partnership with Ashé Cultural Arts Center, will present a special performance of Swimming Upstream at the Alley Theatre, a stunning piece of theatre telling stories of the storm and those who survived.

V-Day and Ashé Cultural Arts Center pay tribute to the women of New Orleans and the Gulf South. Written by 16 New Orleans’ women, Swimming Upstream is a powerful theatrical production that tells the soulful stories of women who lived through Hurricanes Katrina and Rita with grace, rage, and great resiliency, punctuated by a flair for story telling, humor, and music that comes from being New Orleanian. Swimming Upstream is A Testimony, A Prayer, A Hallelujah, An Incantation. The performance will feature the full New Orleanian cast of Anne-Liese Juge Fox, Karen-kaia Livers, Troi Bechet, Asali DeVan Ecclesiastes, and Susan Wentz and singers, Michaela Harrison and Leslie Blackshear Smith.

As a city of what was once 500,000 struggles to rebuild, the rest of the country has probably forgotten the brown water line that still stains homes, stores, and churches. Many have forgotten the thousands who lived through the terror of leaving their homes, the hours of waiting outside in the rain, the nightmare of the Superdome, the one wet blanket to sleep on amid the masses, the lack of food and water, and the fear of rape in the bathrooms. To document those incidents, for a year and a half following Hurricanes Katrina and Rita, 16 women from New Orleans – including a gospel singer, a teenage filmmaker, a former Vegas showgirl, and a Mardi Gras Indian matriarch – met monthly to share stories and develop original writings about their experiences before, during, and after the storms.

In a process facilitated by playwright and activist Eve Ensler (The Vagina Monologues ) and Carol Bebelle, Executive Director and Co-founder of Ashé Cultural Arts Center, the writers crafted a powerful theatrical production that tells the raw and soulful stories of women who lived through Hurricanes Katrina and Rita with grace, rage, humor, strength and great resiliency. “Women kept New Orleans together. Through love, through sheer ingenuity, they kept New Orleans moving forward,” said Eve Ensler, V-Day Founder and playwright.

Premiering at the Louisiana Superdome in April 2008 during V-Day’s “V to the Tenth” celebration, and with subsequent shows in Atlanta, New Orleans, and most recently at the world famous Apollo Theater in Harlem, New York, Swimming Upstream has played before rapt audiences with casts featuring writers of the play, native New Orleans performers, Liz Mikel from Dallas; and celebrity guest stars, including Jasmine Guy, Shirley Knight, LaChanze, Phylicia Rashad, Anna Deavere Smith, and Kerry Washington.

The cast will now include five of the New Orleans writers and two New Orleans singers. Via monologue, poetry, and song, the production amplifies the seldom-heard voices from the ground, sharing the frustration and hopes that New Orleanians felt during one of the United States’ most tragic moments. The piece also illuminates the intersectionality of the larger American experience – posing important questions about how race, class and gender are tightly intertwined, and how they determine how we as Americans experience our society.

Swimming Upstream is touring three cities – Baton Rouge, Santa Fe and Houston. This tour is made possible through a grant from Open Society Foundation and in Santa Fe through the Lensic Community Sponsorship. Proceeds will benefit V-Day and Ashé Cultural Arts Center. 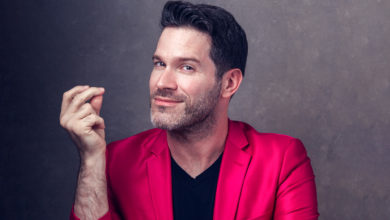 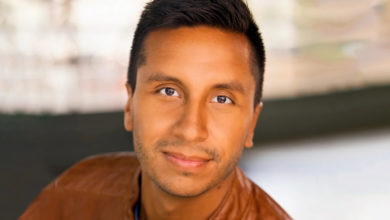