Dealing with the debris and the declining economy.

As you sat in your dark house eating breakfast bars for dinner or huddled over a grill trying to cook everything in your freezer before it spoiled, you probably weren’t thinking about what city government did to prepare for Hurricane Ike. Your opinion of post-hurricane response probably depended on when the Centerpoint lineman showed up.

Almost hourly on radio and TV, immediately before and (for the lucky few with power or battery-operated TVs) after the storm, Mayor White and County Judge Emmett provided critical information. I salute the mayor and county judge for Herculean efforts in storm recovery.

But while they held forth at Transtar, the information hub, the real nerve center of the city response was the Houston Emergency Center. Senior leaders from critical city departments monitored the storm overnight and responded. In the immediate aftermath, crews rolled. Pre-placed equipment such as high-clearance trucks, not needed for water rescues, was quickly switched to debris cleanup. The most immediate need was clearing roads so emergency responders could maneuver.

It’s hard to forget the Hurricane Rita evacuation that stranded thousands of Texans without gas and food. Fortunately, we worked out those kinks and were ready to proceed far more smoothly this time. Tragically, far too many coastal residents did not evacuate despite dire warnings. We cannot just write this off to stubbornness and human nature. We must determine exactly why so many people chose to ride out this massive storm, sometimes in flimsy beach cabins, so that government leaders and the media can adjust hurricane warnings and categories, if necessary.

Was it adequate to call Ike a category 2, qualifying it as “almost 3,” “with a category 4 surge”? Did some stragglers only hear the category 2 part on TV or radio? Have there just been so many bad hurricanes lately (Katrina and Rita) that people assumed this one wouldn’t be bad?

Houston did a great job of preparing police, fire, and solid-waste personnel, and intergovernmental cooperation gets improved marks. All in all, storm preparation and recovery turned out to be a mind-boggling achievement, considering the metropolitan area boasts 5.4 million residents and Houston includes one-third more square miles than Los Angeles. We are indeed blessed with Transtar, a nationally recognized transportation and emergency management center.

Months ago, the mayor and City Council wisely approved $98 million in contingency contracts so that private debris removal companies could start cleaning up neighborhoods as soon as it was safe to go. One of my employees reported that her huge pile of limbs was picked up only four days after the storm.

As the mayor pointed out in no uncertain terms, a private company, Reliant Energy, provides electricity to Houston. Unlike Austin and some cities, Houston never got into the electricity business, a most regrettable decision. We did decide to provide water and sewer services and, thankfully, experienced only minor problems with the massive system.

As an aside, every time I heard the word “pod” (Point of Distribution), I flashed to an old horror movie!

The mayor has appointed me to chair one of four committees focusing on Hurricane Ike recovery. Council Member Anne Clutterbuck co-chairs.

The committee will assess Ike’s costs—$87 million so far. It could add up to more than $200 million. That includes debris removal as well as overtime for police, fire, public works, and solid waste. The city expects FEMA to reimburse the city for at least 70 percent of the expenses. That leaves the city with about $60 million in expenses. That eats up the beginning fund balance that seemed to give us a good cushion at the start of the budget year in July.

The committee is discussing direct and indirect expenses, state and federal involvement, income sources, long-term impact, and FEMA reimbursement. By this time, the committee may have heard from a Reliant Energy representative about costs and plans. We will also discuss replenishing the $20 million Rainy Daily Fund, which was tapped to pay for initial storm response. As a council member, I persuaded council to establish the fund and have advocated for increasing it to $50 million.

Recommendations for long-term improvements in storm preparedness will be offered to two City Council committees. Other Ike committees include city employees, debris removal, and traffic signals/mobility.

The Controller’s Office Operations Division recently executed a test of office emergency operations capabilities, successfully relocating to the Houston Emergency Center and printing a full cycle of payroll checks and completing daily banking transactions. We weren’t required to do this as City Hall remained fully functional during Ike. We wanted, however, to take advantage of having the HEC in full emergency mode to activate a plan we had only performed on paper. I plan to repeat this test each May prior to the start of hurricane season.

Annise D. Parker is Houston’s third-term city controller and one of the highest-ranking openly GLBT-elected municipal officials in any of the 10 largest U.S. cities. Her website is www.houstoncontroller.org. The City Controller’s webpage is www.houstontx.gov/controller/index.html. To receive the controller’s newsletter, send an e-mail to [email protected] houston.net. 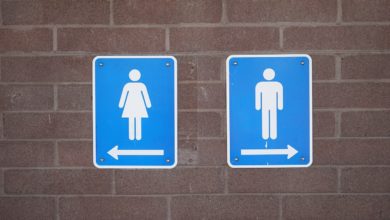