November 7–22
Times Square Angel
Playwright, actor, and drag artist extraordinaire Charles Busch—he’s the Michelangelo of drag, actually—wrote the hardscrabble character Irish O’Flanagan for himself to play in this goofy gay pastiche of those Warners Bros.’ slice-of-Bowery-life movies. Her mantra is, ‘’Rich people gotta stay rich. Poor people gotta get rich.” Irish starts out as a tomboy in ’30s New York, suddenly puts on lipstick, and becomes a famous stripper and nightclub chanteuse. She didn’t work all those formative years in a zipper factory for nothing. Thwarted in her quest for high-society love, she hardens her heart like Scrooge, which summons forth her guardian angel. At the end, she’s not punished for her transgressions as allowed to get away with them, mink and all. A perfect, sleazy pre-holiday treat to put you in the festive mood. Country Playhouse, 12802 Queensbury. 713/467-4497.

November 7–December 13
The Sunshine Boys
Lewis and Clark, an old, old-time vaudeville team, haven’t spoken in years. In fact, they hate each other, but when TV lures them to revive their famous routines for a comedy special, the laughs come in torrents. Neil Simon was in tiptop form in 1972, and he spins a joke with the finesse of a Chinese acrobat. His flurry of jokes and one-liners leaves you winded but ready for more. Quipping at each other as if slicing with a thousand cuts, the old pros defy the world and the inevitable effects of aging. If they can’t stop it, they can at least laugh at it. For all the gags, this is Simon’s most moving comedy, and a heartfelt tribute to bygone showbiz. Company OnStage. 536 Westbury Square. 713/726-1219.

November 20–30
The Music Man
Meredith Willson’s 1957 paean to American small-town values is one of the greatest of musicals—a once-in-a-lifetime combo of smart story, wondrous music, and witty lyrics—all written by Willson, who almost repeated the feat in his subsequent show, The Unsinkable Molly Brown (1960). For someone who started out playing piccolo for John Philip Sousa, then playing for Toscanini at the NY Philharmonic, writing film scores for Chaplin’s Great Dictator and William Wyler’s Little Foxes(and working on radio for legendary comedy team Burns and Allen and plain old legendary Tallulah Bankhead, his Broadway career came late but came fast and hard. Slick musical con man Harold Hill convinces the townsfolk to hire him as bandmaster so the youth don’t take up pool—“Trouble my friends, we got trouble in River City…with a capital T, and that rhymes with P, And that stands for Pool.” Fabulous. Masquerade Theatre. Hobby Center, 800 Bagby. 713/861-7045.

November 20–January 10
A Fertle Holiday
If you average out laughs per minute, Radio Music Theatre wins the gold medal for comedy. In this continuing series of zany plays written by Steve Farrell, there just isn’t anything funnier than this ultra-talented trio of loonies (Steve Farrell, Vicki Farrell, Rich Mills) who portray all the goofballs in Dumpster, Texas. If your epitome of dysfunction is Oedipus and his family, wait until you meet the singing Fertles. With split-second timing, characters appear and exit with stopwatch precision—a hat’s removed, a floppy wig is put on, or someone spins around and they’re somebody new. This holiday installment is the Fertle of Fertles, the original play that started RMT’s illustrious two-decade run, and it’s as fresh and hilarious as ever. Take a holiday yourself and grab a big slab of Mildred’s signature, heart-clogging Butter Pie. After 23 years, it’s still the tastiest treat in Houston. Radio Music Theatre. 2623 Colquitt. 713/522-7722.

November 21, 22
The Invention of Minus One
Jonah Bokaer was the youngest member of Merce Cunningham’s prestigious modern dance company when he joined at 18 in 2000. The grand old man is now 26 and taking his own work on the road. His gimmick—everybody has one—is using motion-capture and digital techniques to develop new movement “that addresses the human body in relation to contemporary technologies.” Exactly what this means or looks like, I haven’t the foggiest, but he’s been touring all over Europe and working with Robert Wilson on future projects, so people are watching. Also, Isaac Mizrahi designs his costumes, so the young man has deep connections. Is this the future of dance? DiverseWorks. 1117 East Freeway. 713/223-8346.

November 28–December 28
The Nutcracker
Houston Ballet has its own holiday cash cow, as does every other American ballet company—some version of Lev Ivanov’s (co-choreographer of Swan Lake) 1892 work to Tchaikovsky’s most atmospheric score. Former HB artistic director Ben Stevenson gives this classic a Victorian gloss with Desmond Heeley’s sumptuous candy-box sets and costumes, and adds comic touches with mousey English battlefield nurses and ear-trumpet oldsters during Act I’s party scene. The Christmas tree grows to spectacular heights, and the Sugar Plum Fairy dazzles with icy cool precision. And let’s not forget those flying cooks in the Kingdom of the Sweets. Houston Ballet. Wortham Theater Center, 501 Texas. 713/227-2787.

November 28–December 28
But Not Goodbye
Although not universally known outside film school, writer/director George Seaton gave Hollywood some indelible works: Miracle on 34th Street (he received an Academy Award for this holiday perennial), the Marx Brothers’ A Day at the Races(The Song of Bernadette(The Country Girl (another Academy Award), Airport. With such success on the West Coast, he tried his hand on Broadway, but his 1944 effort lasted 23 performances. It’s a whimsical comedy/fantasy where family patriarch Sam Griggs dies unexpectedly leaving his family in financial disarray. His ghost and his father’s spirit hover over the comedy, and make this show perfect for the holidays, if not perfect in itself. Main Street Theatre, 2540 Times Blvd. 713/524-6706.

December 3–28
Panto Cinderella
Just in time for the Christmas rush, Stages Rep brings us their holiday show, a rollicking knock-off of English pantomime, that particularly peculiar form of entertainment from England that’s a rowdy combo of our own vaudeville, burlesque, and drag show. Think Benny Hill or those low-rent Carry On movies. Monty Python owes its existence to such theatrical shenanigans, which derives from commedia dell’Arte and shows up gloriously in Shakespeare before disappearing for a few centuries. Gregg Coffin, whose ethereal music underscored the Alley’s To Kill a Mockingbird from last season, wrote the 1999 original score to lyrics by Kate Hawley, an alumnus of San Francisco’s esteemed American Consevatory Theatre. Let the drag games begin. Stages Repertory Theatre, 3201 Allen Parkway. 713/527-0123

December 4–21
White Christmas
Theatre Under the Stars pulls out the stops with this holiday blockbuster, an adaptation of the beloved 1954 Irving Berlin movie starring Bing Crosby, Danny Kaye, Rosemary Clooney, and Vera-Ellen. It’s called White Christmas, the Musical(as if to differentiate it from, what, White Christmas, the Dramatic Reading ? Whatever it’s called, it’s an excuse to layer on as many of Berlin’s #1 hits as possible. The production is lavish like some expensive pop-up Hallmark card designed by Cecil B. DeMille, but the snow’s the thing—like in the movie—and there’s a wide-eyed surprise for the audience at curtain. Theatre Under the Stars. Hobby Center, 800 Bagby. 713/558-8887.

December 4
Fiesta Navidad
Why not forgo the cranberry sauce this holiday season and try a multi-cultural spicy splash of salsa: the Grammy Award-winning mariachi band Los Camperos and their Christmas show. If anyone’s responsible for taking mariachi music from the background of Zorro B-movies and placing it squarely on the international musical stage, it would be Camperos’ founder Nati Cano. To paraphrase the old Levi’s Jewish rye bread ad, you don’t have to be Hispanic to enjoy mariachi. Hell, you don’t even need a vihuela. Society for the Performing Arts. Jones Hall, 615 Louisiana. 713/227-4SPA.

December 13
Magnificat
Want to be blown away before you tear open all those presents under the tinseled tree? There’s nothing better than J.S. Bach and his utterly magnificent Magnificat (originally written for Christmas vespers in 1723, a musical setting of Mary’s glorification of God, as written in Luke 1:46-55. A widower, Bach had recently remarried, and the fecund Anna Wilcke would bear him 13 children, and his evident marital happiness can be heard throughout this glorious piece. With their period instruments, Mercury Baroque brings a unique, honest sound to their concerts, and this one should be special indeed.

December 21–January 24
Black Comedy
Is this the funniest comedy ever? That’s a heavy mantle to bear, but Peter Shaffer (twin brother to playwright Anthony, and writer of heavyweights Royal Hunt of the Sun, Equus (Amadeus) carries off the hyperbole with flair. A meticulously planned dinner party goes horribly wrong after a blackout blows all the lights—in a brilliant coup de theatre, the play begins in darkness and then the stage lights are turned on to show the action during the blackout. With split-second timing, the physical comedy should be peerless and leave us breathless, when we’re not laughing—it’s supposed to, anyway. Theatre Southwest. 8944A Clarkcrest. 713/661-9505.

D.L. Groover frequently writes about the arts for OutSmart and the Houston Press. 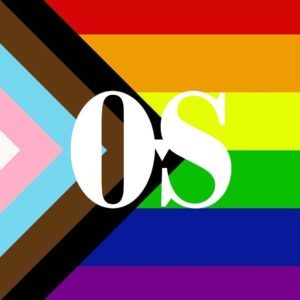