‘Hairspray’ still holds up after all these years. Plus DVD/VHS shorts of all types.
By Nancy Ford, Eric A.T. Dieckman, and Vanity Wilde

It was a simpler time, when pregnant women smoked cigarettes, inappropriate hair height was a threat to decency, and “nice girls” didn’t swim in integrated pools.

Such was the Baltimore where quirky film auteur John Waters came of age in the 1960s. In 1988, Waters’ Kennedy-era take on racism, the power of dance, and big ‘do’s became Hairspray, his most mainstream film at that time. It not only introduced us to the enchanting Ricki Lake, but also legitimized Divine’s theretofore poo-munching career.

One Broadway musical version and nearly 20 years later, Hairspray ‘s story still revolves around Tracy Turnblad’s (newcomer Nikki Blonsky) attempt as a fat girl to land a plum dance role on The Corny Collins Show, a local version of Dick Clark’s American Bandstand. But Tracy’s greater challenge is to integrate the show with her African-American friends, who, as chance would have it, are far better dancers than Corny’s all-white cast.

Pivotal to Hairspray‘s glory is Tracy’s agoraphobic, morbidly obese mother, played by John Travolta, who longs “to get out there and experience life.” Filling out a skirt just as femininely as Divine in the first version, Travolta’s gyrations made me want to stuff a dollar bill into the folds of her fat suit.

I mean his fat suit. That’s how convincing he is. Safe to say, Travolta was born to drag.

The two-disc “Shake and Shimmy” edition offers fabulous bonus extras, like step-by-step instructions to Hairspray dance numbers, making it a must-have for drag performance troupes. The set’s finest extra, by far, chronicles Lake joining Waters in “The Roots of Hairspray,” tracing the evolution of the show.

A stellar cast of Michelle Pfeiffer, Christopher Walken, Jerry Stiller, and others, elevates John Waters’ finest hour from a fun movie musical to a morality play, deftly skewering the idiocy of racism. Watch it and, like Tracy, you’ll “wish every day was Negro Day.”

This soundtrack of the Broadway musical of the original movie is so peppy, positive, and perverse, it could easily be subtitled “Up With John Waters’ People.” Almost every song is a toe-tapper (but not in the Larry Craig sense, of course). As Motormouth Maybelle, Queen Latifah soars with “Come So Far,” a song so inspirational it could easily become the next gay anthem, replacing the antiquated “I Am What I Am.” A must-have companion piece to the DVD, the enhanced CD also offers more than 20 pages of lyrics, access to the games website, music videos, and more. New Line Records (www.newlinerecords.com). More: www.hairspraymovie.com. — N.F.
____________________________

Driftwood
Despite some lackluster makeup effects, the story of David, a young man forced into an “attitude adjustment” camp, is nicely done with some effective scare factors. One of David’s fellow inmates, Noah, is there for “reparative therapy,” conversion from homosexuality to heterosexuality. David is not only haunted by his deceased brother, but also by Jonathan, the spirit of a former inmate who mysteriously died at the camp. • 2006. Co-written and directed by Tim Sullivan. • From Image Entertainment (www.image-entertainment.com). — Review: E.D.

Easily one of the most impressive, overall well-made independent gay romantic comedies to grace OutSmart’s DVD player in a while. Diego waits tables at his grandmother’s Mexican restaurant in L.A. and lives in the closet. When a white openly gay couple moves next door, Diego falls into mutual attraction with his new neighbor, Wesley, who encourages Diego to come out of the closet and follow his dreams of becoming a chef. • 2006. Directed by Carlos Portugal. • From Wolfe Video (www.WolfeVideo.com). — Review: E.D.

Abomination: Homosexuality and the Ex-Gay Movement
As one report put it in this documentary, “…more than 477,000 health and mental health professionals have all taken the position that homosexuality is not a mental disorder and thus there is no need for a ‘cure.’” Four gay Christians are interviewed who attempted “reparative therapy,” the conversion of homosexuals to heterosexuality, including the mother of a lesbian who eventually committed suicide in response to the pressures to change. • 2006. Directed by Alicia Salzer, M.D. • From the Association of Gay and Lesbian Psychiatrists (www.aglp.org). — Preview: E.D.

Trantasia offers a compelling, behind-the-scenes look at the lives of six transsexual ladies as they vie for the title of “World’s Most Beautiful Transsexual” in Las Vegas, Nevada. A must-have for all who follow the transgender pageant circuit. Even those who don’t will enjoy the candid personal interviews as we visit the ladies’ hometowns and meet their families. Best part of all: short clips of the ladies after the pageant with some losers so bitter, you can almost taste them! • TLA Releasing (www.tlareleasing.com). More: www.trantasiathemovie.com. — Review: Vanity Wilde

Brady, a devout 18-year-old Christian, moves with his mother to northern California. There, he meets and falls for his neighbor, Clifford. The two are diametric opposites, Brady a conservative and Clifford a free-spirit. What’s more important: Brady’s beliefs or his and Clifford’s budding romance? • 2007. Written and directed by David Lewis. • From TLA Releasing (www.tlaReleasing.com). — Preview: E.D.

Boy Crush
What could be more entertaining than a film about gay romance? How about a collection of short films about gay romance? Seven shorts totaling over 100 minutes include Hitchcocked from the U.S., with yet another take on the shower scene, and Germany’s Out Now, about a boy bullied by his classmates when they learn he’s been crushing on a candy kiosk worker. • From Wolfe Releasing (www.WolfeReleasing.com). — Preview: E.D.

There’s lots of talk these days about the role the feds should take in providing health care. In his most recent documentary, Academy Award winner and provocateur Michael Moore provides excellent talking points supporting the outrageously progressive notion. In addition to the doc itself, fabulous extras include “Who Would Jesus Deny?” “What If You Worked for G.E. in France,” and more rabble-rousing shorts. Dog Eat Dog Films, Inc. (www.michaelmoore.com). — Review: Nancy Ford

The young stand-up comic also known as Terry, the roller-skating gay hustler on Reno 911, shows us how he’s grown with this pairing of his Comedy Central specials recorded in 2000 and 2006. Swardson defends using the word “gay” derisively: “I’m sorry, but how else am I supposed to describe a fanny pack?” The accompanying CD includes stand-up and sketches. FYI: Swardson plays a supporting role in the yet-to-be-picked-up pilot Gay Robot. He also does Gay Robot’s voice. The pilot can be found on MySpace and YouTube. • From Comedy Central (www.comedycentral.com). — Preview: E.D.

The Best of ‘The Colbert Report’
Extracted segments of the show, like “The Word” and “Better Know a District,” tout Colbert’s knack for conservative news show parody. Certain vignettes are strung together for the sake of following story lines, like the baby bald eagle that was named after Colbert which spread its wings only to flee the country (shockingly) for Canada. • From Comedy Central (www.comedycentral.com). — Review: E.D. 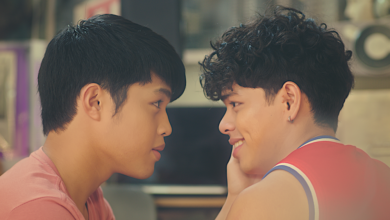 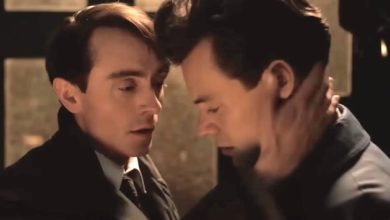 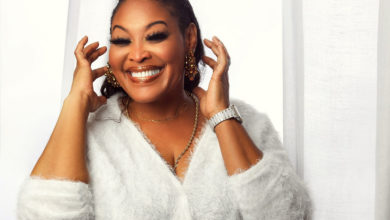